Visit Places that Inspired the story of “District 9”

By stephanieMarch 24, 2017On Location, Travel 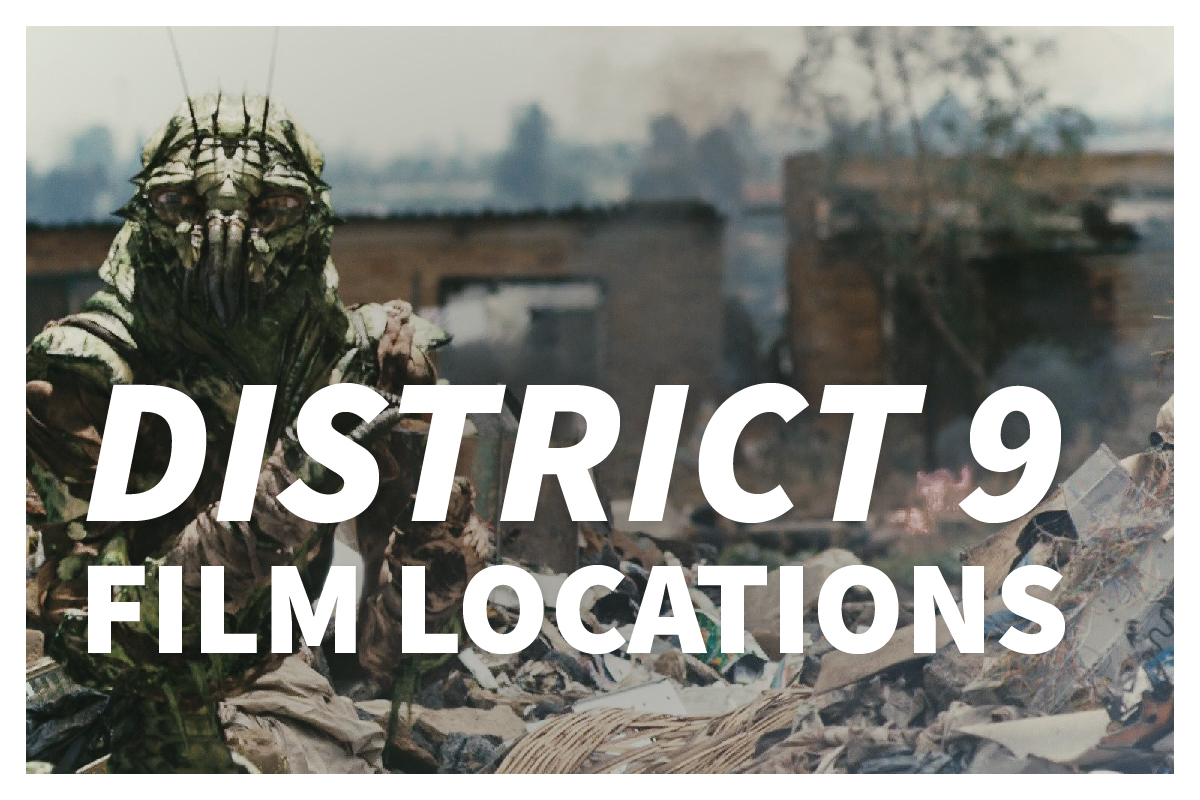 Oftentimes movies provide us with a means of escaping our day-to-day lives. Sometimes, they serve another purpose. Movies can hold up a mirror and show us that we as a society, a country, a city need to change. District 9 is not only a well-done sci-fi drama; it uses the element of sci-fi as a commentary on the apartheid era of South Africa. And because apartheid is an important part of South African history, many locations that inspired the events of District 9 can be visited in real life.

Our “On-Location” series focuses on famous film locations around the world that you can visit. Today, our series features film locations from the critically acclaimed film: District 9.

District 9 is a 2009 sci-fi drama that takes place in South Africa. It’s presented through found footage. It takes place in an alternate version of Johannesburg in 1982. Alien ships have appeared over the city. When the South African government learns that the alien population that has come down to Earth is sick, they segregate them forcefully. Years later in 2010, the government decides to relocate the aliens to an internment camp. One alien, Christopher Johnson, tries to escape with his son. During the chain of events, they cross paths with a bureaucrat named Wikus van de Merwe.

When Wikus attempts to confiscate a suspicious-looking fluid from the aliens, he becomes injured and spills the fluid on himself. Not long after, he begins turning into an alien.

If you haven’t already seen the movie, we won’t spoil it for you. But you should watch it! It’s very good.

Segregation, or “apartheid” as it was called in South Africa, is a major theme of the movie. It would not be a stretch to say that District 9 is a commentary on that particular era. In fact, real life events in Cape Town inspired the movie’s plot. (No, there were no alien landings, sorry to disappoint.) In real life, however, district 6 was a neighborhood of Cape Town where residents were forcibly relocated.

You can visit the following locations any time of year. Johannesburg isn’t going anywhere. However, if you want to get as authentic an experience as possible, we recommend going during their winter: June – August. The film was purposefully shot during this time to give the scenery a bleaker, gray appearance. In fact, the director was forced to film for a portion of the summer and had greenery edited out to keep up the drab appearance.

As mentioned above, the film takes place in Johannesburg. There are two places in the city-proper that you can visit to experience the spirit of the film. (We’ll get to the specific neighborhood where filming was done in a bit.) Remember that the major theme of the movie was apartheid. To understand what life was like under this rule, visit these spots: 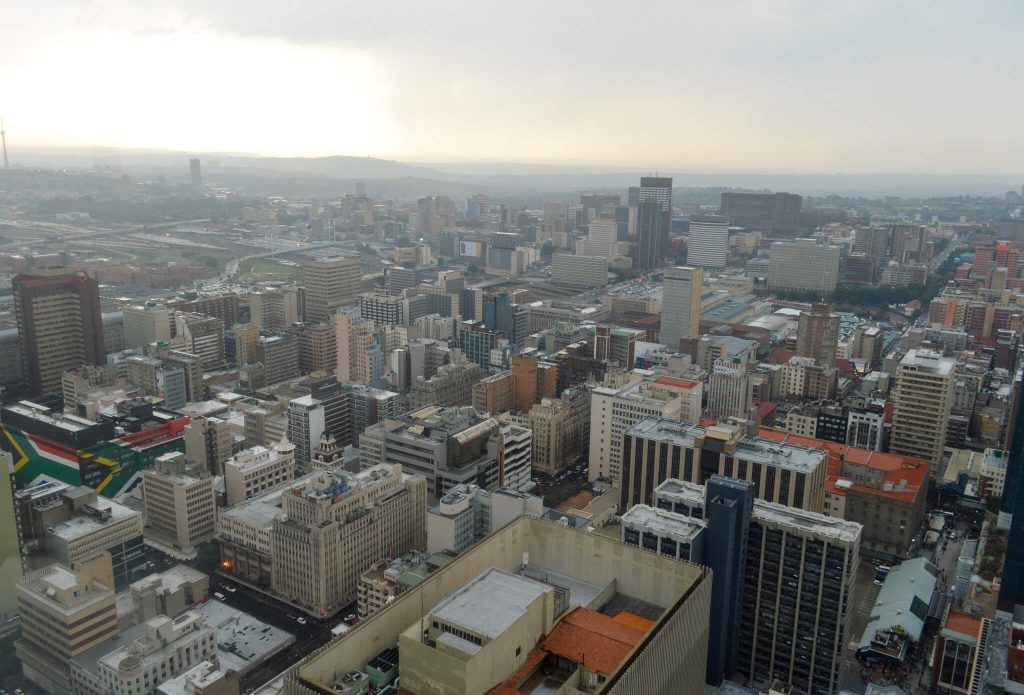 District 9 largely focuses on the perspective of the abused alien population – symbolizing the abuse and relocation suffered by black Africans under apartheid. The museum documents the history and horrible practices of apartheid through 22 individual exhibits. 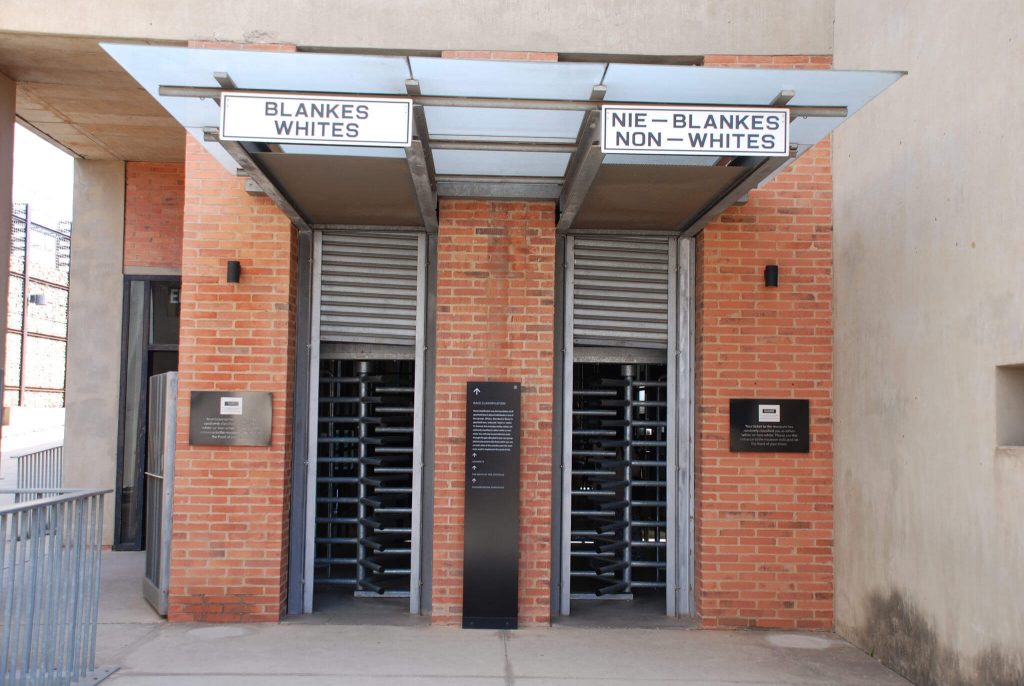 Just as the aliens were segregated, so too were black Africans during apartheid, as depicted by the entrance to the Museum. Photo: Rob – Flickr.

Originally built as a Boer fort to defend against the British, this building was eventually turned into a prison. During the apartheid era, it housed prisoners who rebelled against the status quo. It’s most famous inmate, of course, was Nelson Mandela. In fact, you can visit his specific cell. 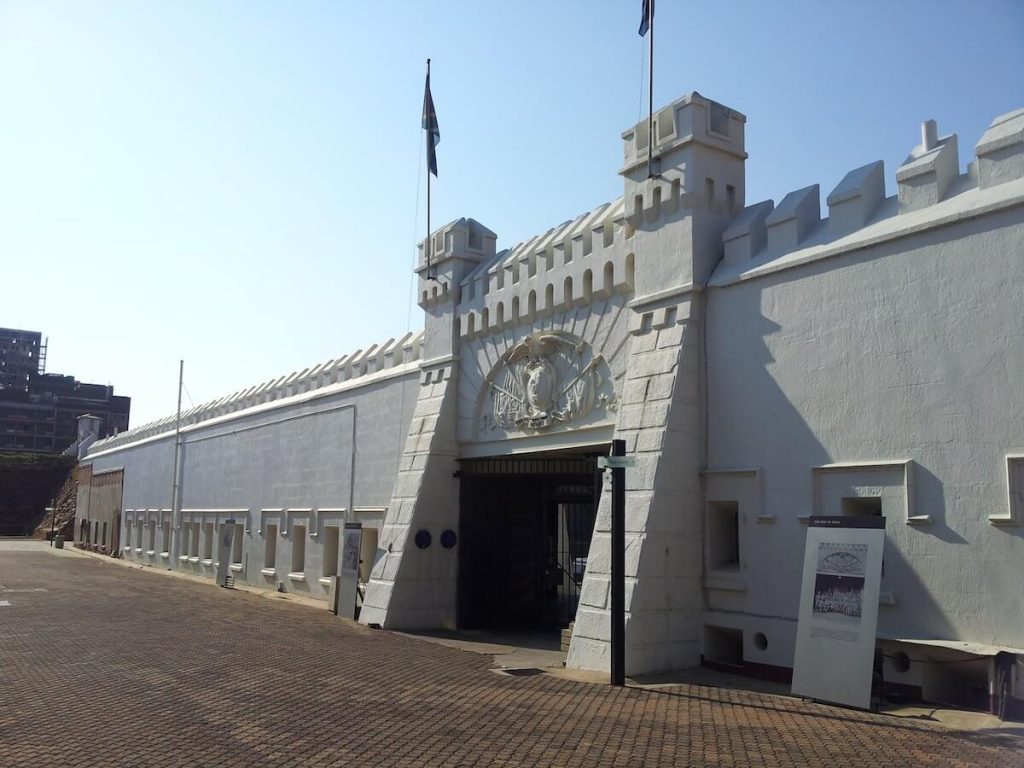 Prisoners were held in cramped cells, mistreated, and humiliated when rebelling against apartheid. Photo: By The Heritage Portal – Own work

Soweto is a township in the city of Johannesburg where filming for District 9 took place. Relatively unknown, it came to prominence in 1976 during an uprising. The small, metal houses depicted in the film can still be found in this neighborhood. 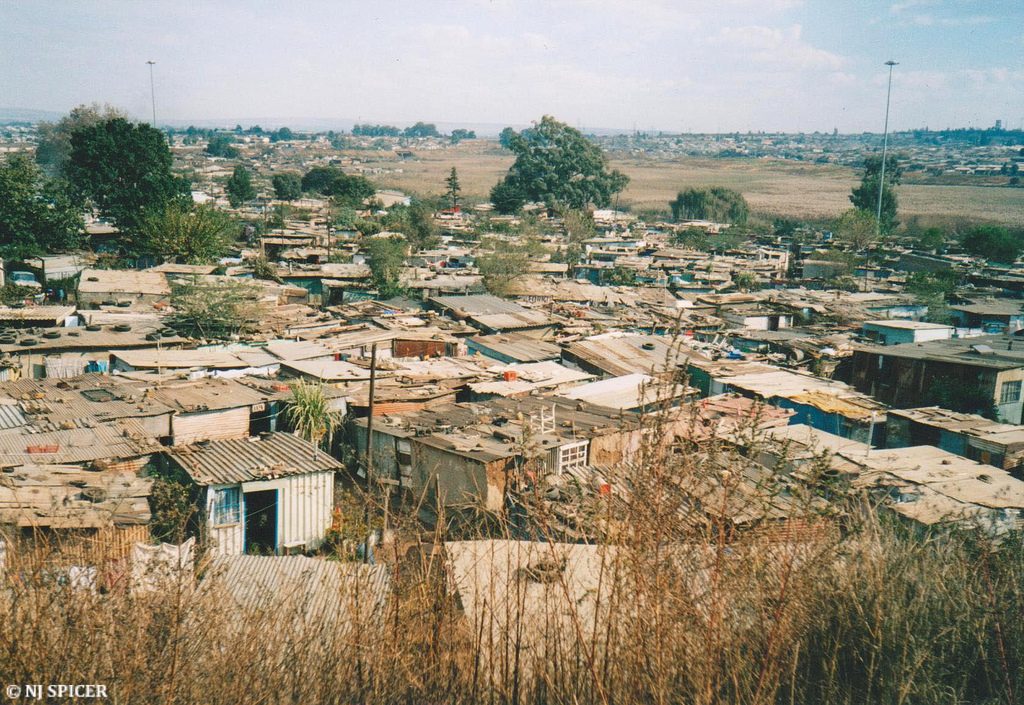 In “District 9,” Soweto served as the location of the alien quarter. Photo: neiljs Flickr

Here, you’ll find the Mandela house; a modest home marked by bullet holes and the scars of Molotov cocktails. Be sure to visit this national heritage site on your visit to Soweto. 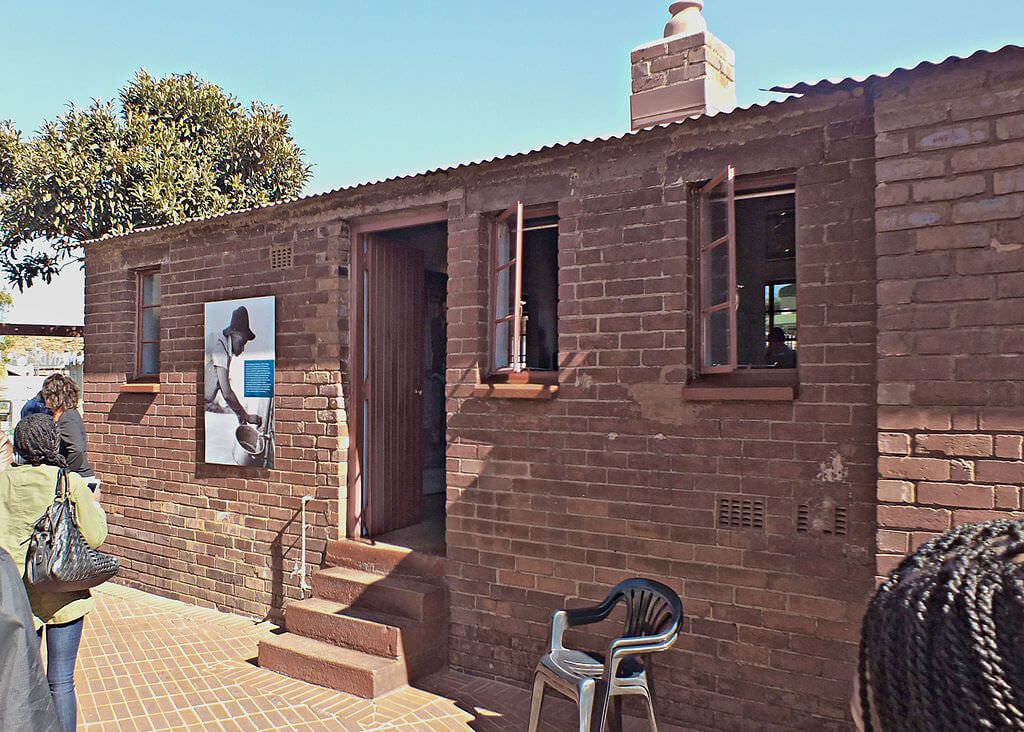 Exterior of Nelson Mandela’s home. Photo: By A. Bailey – Own work

This was once the home of Nelson Mandela, the courageous leader who fought for the abolition of apartheid. Photo: Wikipedia.