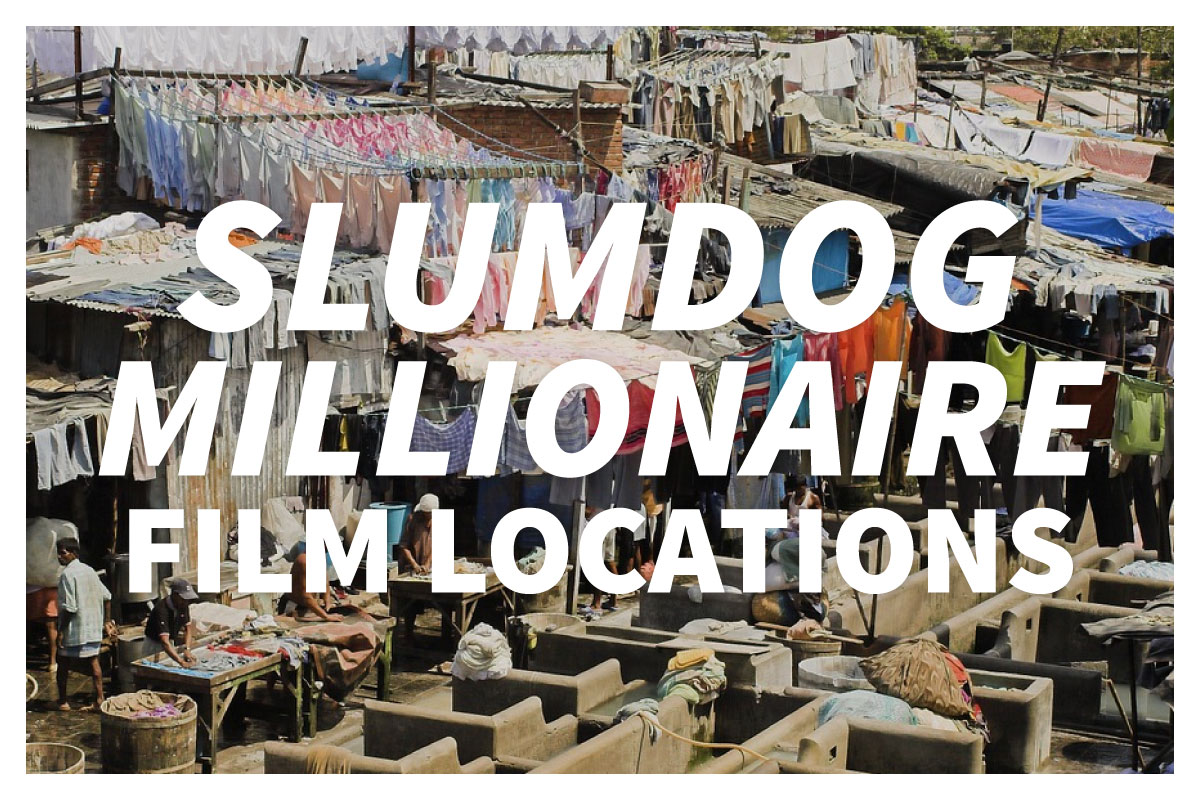 Everyone dreams of what they’d do if they won the lottery. For a young man named Jamal in India, this dream was to find the lost woman he loves. How will he accomplish this? By becoming a contestant on India’s version of “Who Wants to Be a Millionaire?”

Our “On-Location” series focuses on famous film locations around the world that you can visit. Today, our series features film locations from the heartwarming story of “Slumdog Millionaire.”

When Jamal decides to become a game show contestant, he flies through the initial round of questions. Winning will not come easily, however. Authorities interrogate him, believing he cheated on the first round of questions. The inspector demands to know how he knew all the answers.

As Jamal regales him, his very rough life unfolds. From making it through the slums of Mumbai to working as an illegal tour guide at the Taj Mahal, Jamal unknowingly gains life experience that will enable him to answer the game show’s questions. And along the way he will be pitted against the only family he has left and become separated from the woman he loves.

The movie stars Dev Patel as Jamal Malik and was directed by Danny Boyle. The plot was loosely based on the book Q & A by Vikas Swarup.

Three locations from the film can be visited when you journey to India:

Mumbai, formerly known as Bombay, sits on India’s west coast and is home to some 12.5 million people. Jamal Malik, the main character of the film, grows up in the Juhu slums of Mumbai, India. While some tourists may be hesitant to visit a “slum,” the success of the film has increased tourist visits to this specific area of Mumbai. One of the most striking things about Mumbai is the contrast of modernity with those residents, like Jamal, who live in poverty, as depicted in the film. 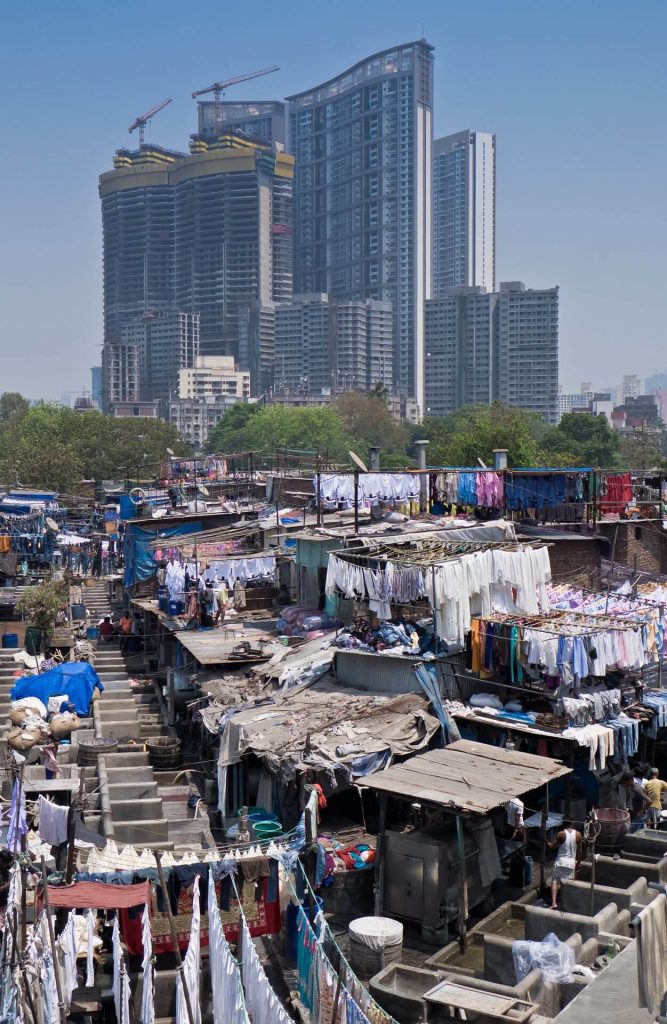 The contrast of Mumbai’s slums and modern development are heavily depicted in “Slumdog Millionaire.”

When Jamal and his brother, Salim, escape a gangster, they are forced to spend several years of their lives traveling on the tops of trains across the country. They sell goods to passengers until they are eventually caught and forcefully removed from the train. Finding themselves near the Taj Mahal, they accidentally acquire jobs as “tour guides” when foreign tourists mistake them as such. 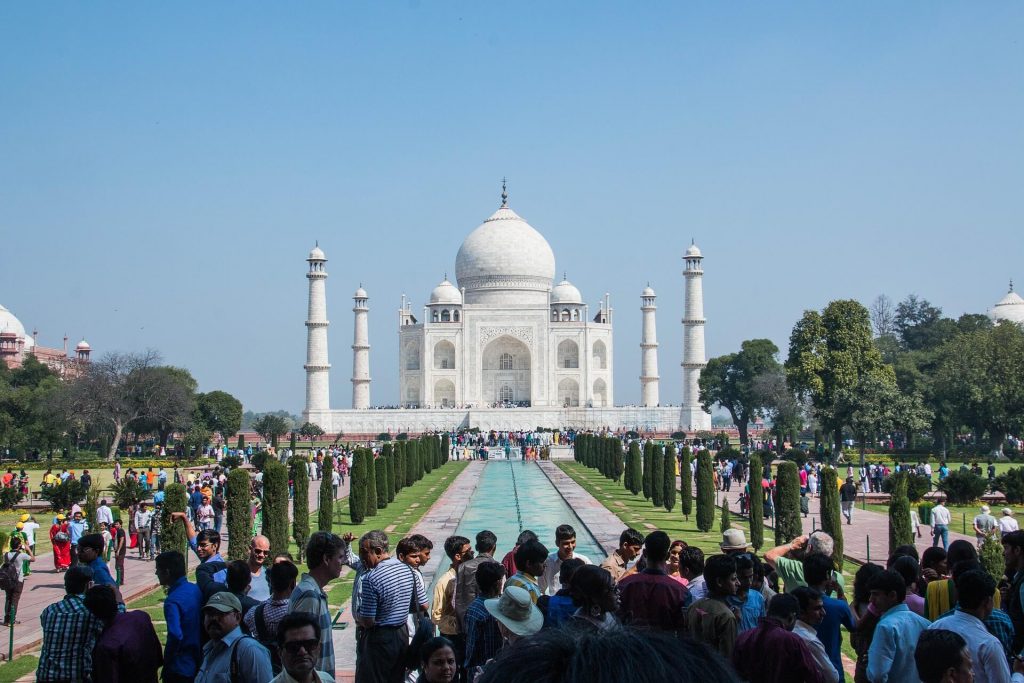 In “Slumdog Millionaire,” Jamal becomes a tour guide when he is mistaken for one by tourists at the Taj Mahal.

Aside from the movie’s stirring plot, the music received much attention from critics. It beautifully blends classical Indian music, R&B, hip hop, and house techno. The end credit song, “Jai Ho,” received a very positive response. The final scene of the movie features a traditional Hindi dance sequence that was filmed in the Chhatrapati Shivaji Terminus train station.

Be prepared for quite the crowd when you visit – over 7 million people travel through this station every day! 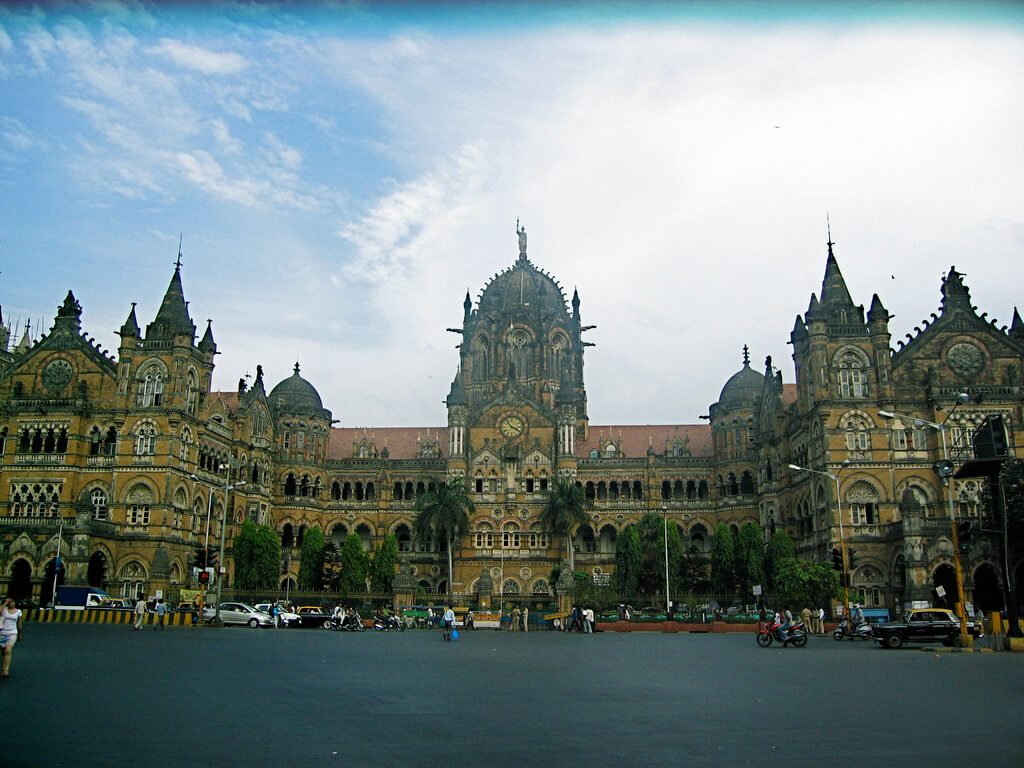 Inside this elaborate building was the filming location of the dance scene during the end credits of the film. Photo: Mikko Koponen Flickr.