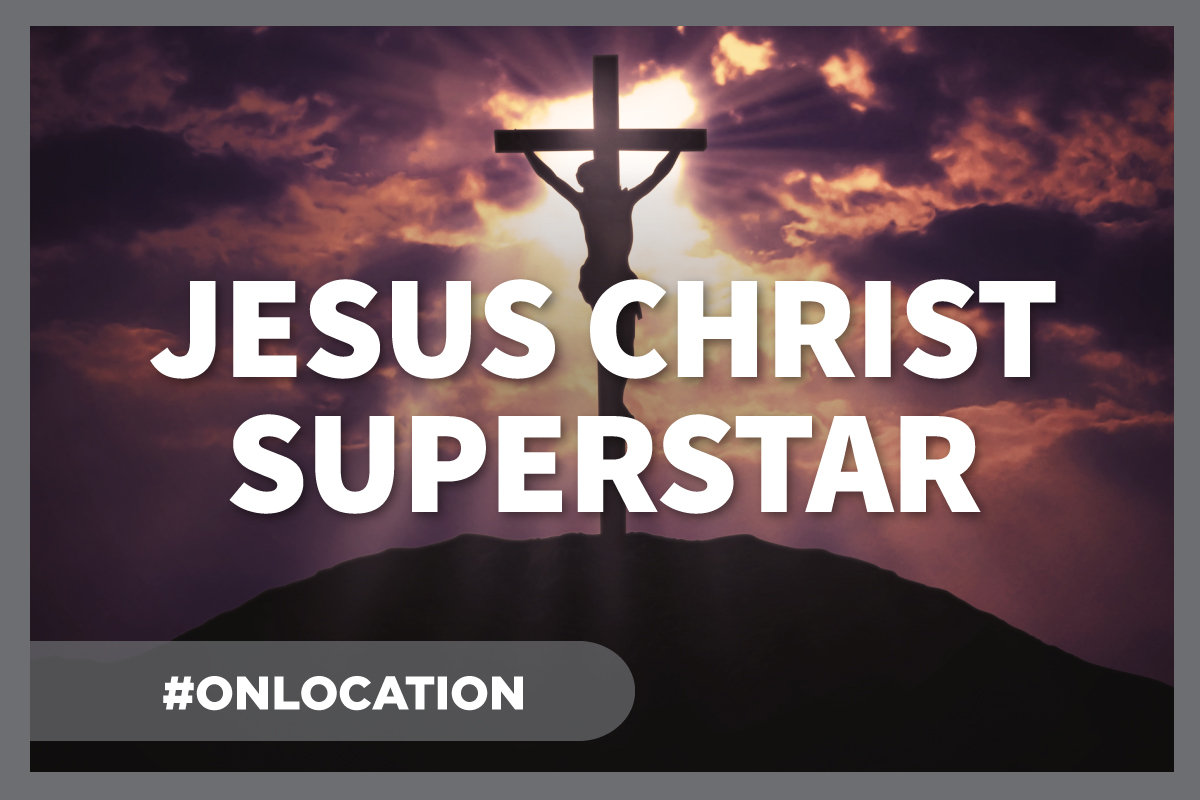 Welcome to our #OnLocation series! Today, we’re going to Israel where Jesus Christ Superstar was filmed. Here, the only things more powerful than the surroundings are the vocals by the immensely talented cast.

The Negev Desert covers more than 50% of Israel.

Of the Jesus Christ Superstar variations (concept album, Broadway production, movie, that NBC special where John Legend played Jesus), we’re focusing on the 1973 film. The film is based on the Broadway rock opera, which took the stage for the first time in 1971. The Broadway production is the incarnate of lyricist Tim Rice’s and composer Andrew Lloyd Webber’s concept album of the same name, which they wrote in 1970. The film stars Ted Neeley as Jesus, Carl Anderson as Judas, and Yvonne Elliman as Mary Magdalene.

Filming of Jesus Christ Superstar took place in Israel’s Negev Desert. It’s difficult to distinguish one scene’s location from another as Negev covers more than half of Israel with repetitive dunes and beige rocky gorges. However, we managed to dig up three prominent locations that feature the film’s memorable moments and are worth visiting for yourself. 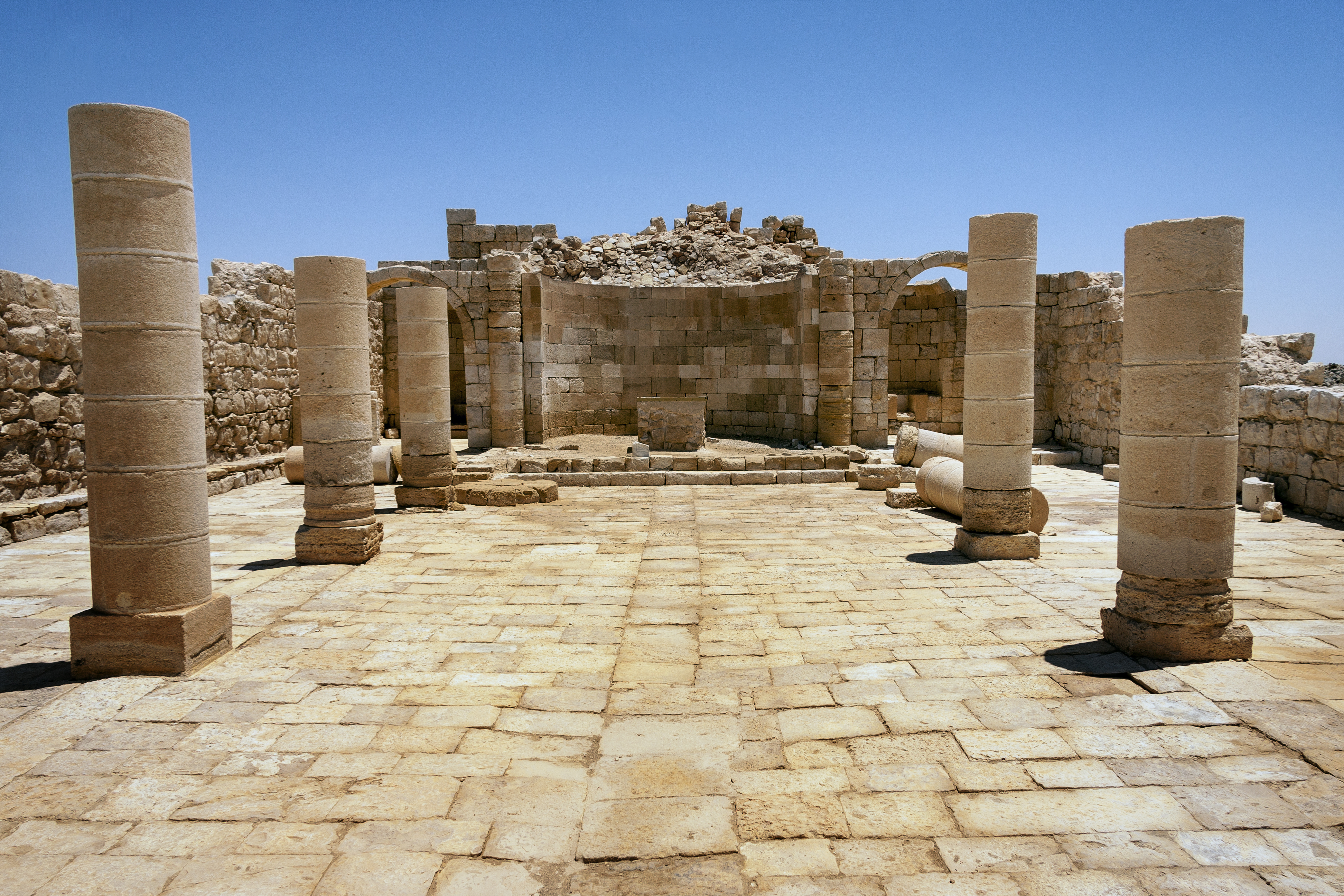 The ruins of Avdat National Park have managed to stand upright since the early centuries of BC.

The film opens on the endless Negev desert, textured by scads of dusty hilltops. Perched on one of those hilltops is Avdat. The site features the remaining bones of a Nabataean City that existed in the early centuries of BC and has more appearances in Jesus Christ Superstar than its fellow filming locations.

If it weren’t for the remnants of ancient columns and limestone rubble that unmistakably held a job as a wall in its past, the Avdat ruins would blend into the desert surroundings beyond sight. However, a solid outline still stands and visitors are able to explore this relic. The columns and a large stone doorway are what’s left of the Temple of Oboda, built in 9 BC. Its magnificence is well portrayed in the film’s musical numbers “Overture”, “This Jesus Must Die”, and “Damned for All Time”.

*Note that Avdat is NOT the same as Ein Avdat. Ein Avdat is less than 2 miles north along Highway 40 and is the site of the Zin Valley. It’s known for its breathtaking views and hikes. Since you’re already in the area, you might as well add it to your list of stops. 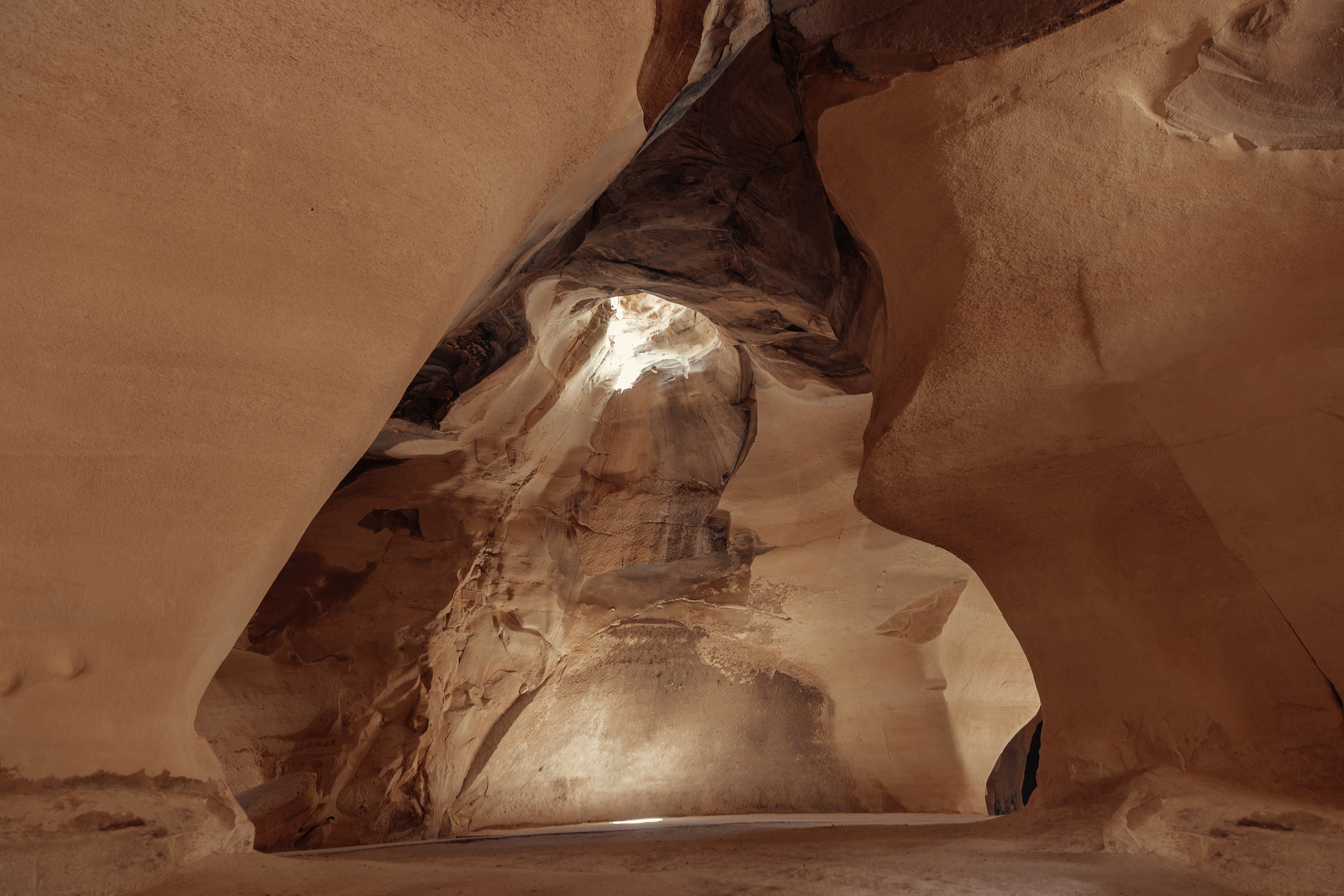 There are 800 Bell Caves in Beit Guvrin National Park, but there is one that people know as “the most famous of the caves.” It was the scene for the performances of “What’s the Buzz?” and “Everything’s All Right”. The walls of this particular cave dome toward an opening that filters a prominent ray of Lion King-level light into the cave’s interior. Its design is roomy enough to not trigger claustrophobia and plenty of natural light seeps through its openings.

The cave complex attracts travelers from all over the world. Even the most amateur spelunker can enjoy exploring the connecting caves. Note the inside temperature is much cooler than the desert outside. Bring a jacket and wear comfortable shoes the day you venture into the Bell Caves. 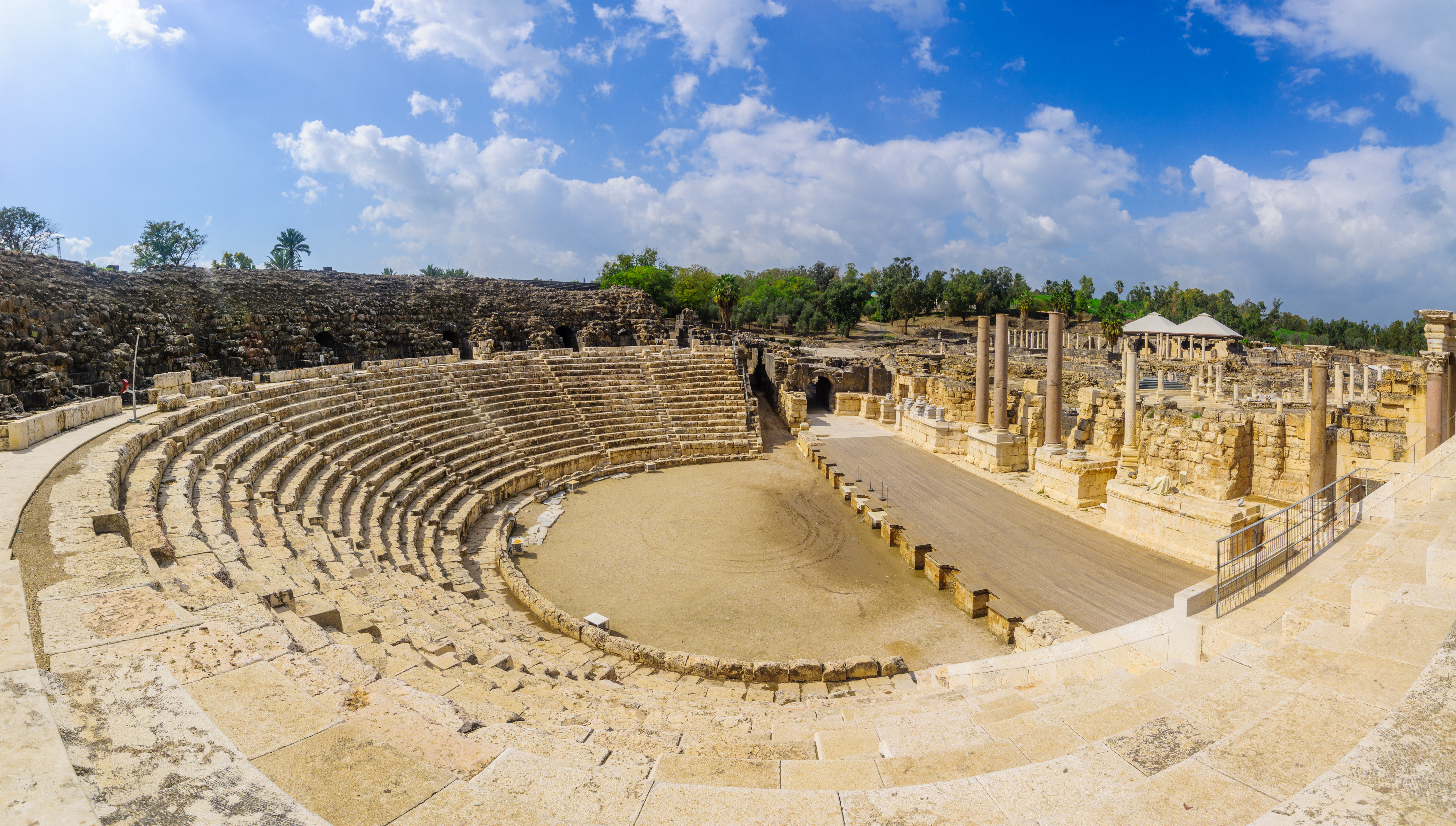 The Roman Amphitheater is one of Beit She’an’s most impressive remains.

The ancient Roman amphitheater in Beit She’an National Park served as the stage for ballads “Trial before Pilate” and “Superstar”. Before these parts of the film were performed on its grounds, this site was the home of previous civilizations dating back to the Old Testament period. For this reason, it’s one of the world’s largest archaeological sites. Those who visit can view archaeological remains from several historic periods (we’re talking before Egypt rule, here!) and see what the city may have looked like in its hay day, thanks to a reconstruction model.

Beit She’an is so well-preserved that it feels more like a recently abandoned town rather than centuries-old remains. Mosaics saturate the stone, towering columns line the road, and the amphitheater looks like it could host a performance at any minute. If you are fascinated by walking in the steps of the civilizations that came before you, Beit She’an needs to be in your itinerary.

There’s a lot of desert in Israel and even more history. Make sure you see the best of it by booking your trip with Jaya. An agent will ensure your stage is set for your desired adventure.