Hunt for the Wilderpeople Film Locations

By estherMay 30, 2019On Location, Travel, Uncategorized 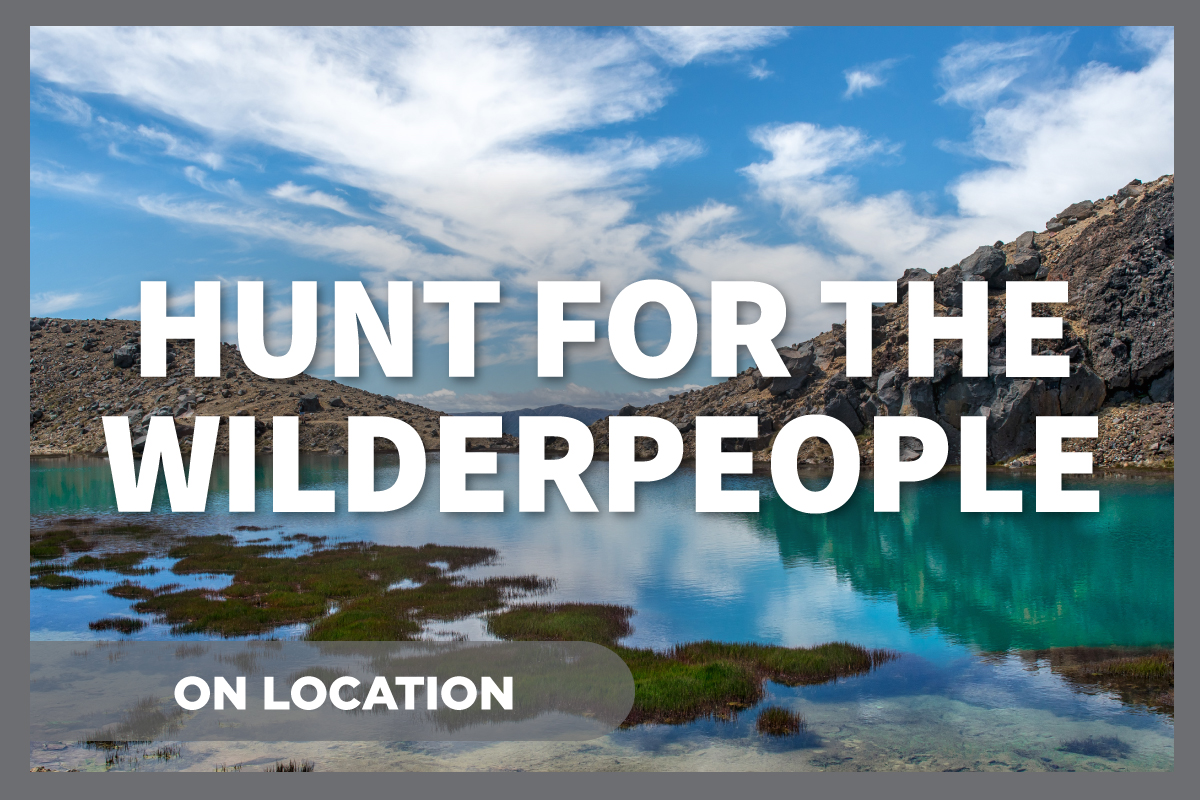 Go off-screen to real filming locations in our “On Location” series! Today, we’re on the run to New Zealand where 2016’s Hunt for the Wilderpeople was filmed. Grab your pack and dive into the bush as we explore where the characters trekked to avoid capture.

Hunt for the Wilderpeople Synopsis

Thirteen-year-old Ricky Baker (played by Deadpool II’s Julian Dennison) is a juvenile delinquent who has spent his life in foster homes. Following scads of bad behavior, Baker is taken to live with heart-of-gold Bella (Rima Te Wiata) and her cranky husband Hec (Sam Neill) on their farm bordered by the New Zealand bush. Baker bonds with Bella, is tolerated by Hec, receives a dog for his birthday, and refers to his newest foster parents as “Auntie” and “Uncle,” despite Hec’s refusal of the title.

When Bella dies suddenly, Baker fears he will be returned to child welfare services. He flees into the bush. It doesn’t take long for Baker to get lost and eat through his food rations (one bag of bread). Hec soon finds him and, after a bout of arguing, they decide to stay in the wilderness. The dense cover proves to be a great convenience when a nation-wide manhunt for the pair ensues. Headed by the tough child welfare services officer, Paula, Hec and Baker have a full police force at their heels and a $10,000 reward on their heads. 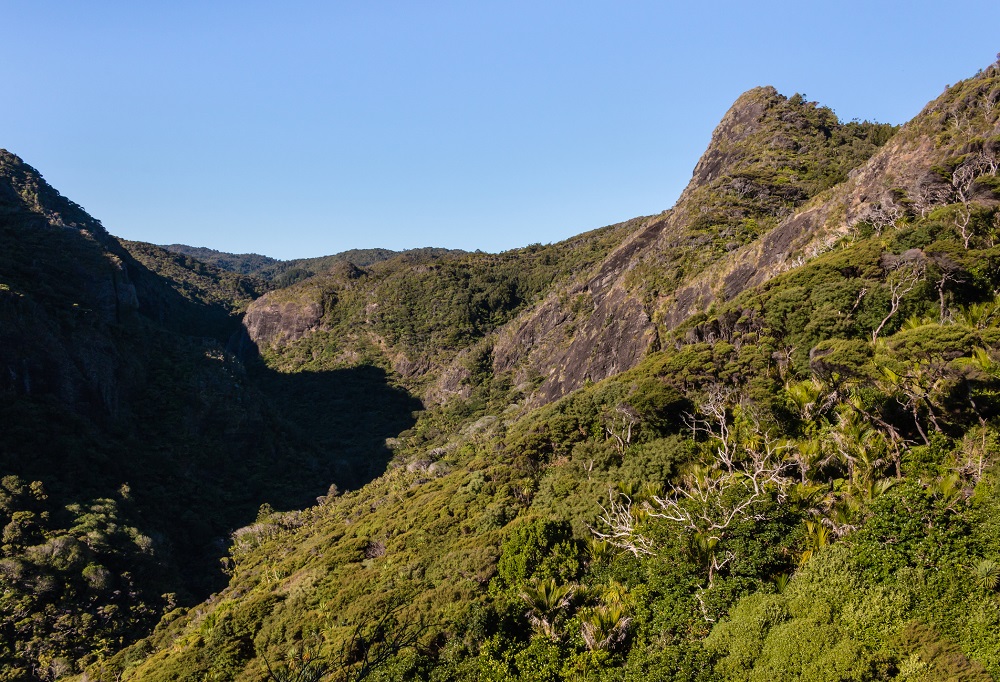 The Waitakere Ranges are only a 40-minute drive from Auckland, New Zealand’s capital.

The majority of the film is spent in west Auckland’s Waitakere Ranges, following Hec and Baker on the run (or fast walk, they later decide). The Waitakere Ranges are made up of forested hills covering over 39,500 acres. The varying elevation and vibrant green vegetation carpeting every incline produces outstanding beauty. You can literally walk right into it, thanks to its wealth of hiking trails.

In an effort to protect trees from and prevent the spread of a fatal plant disease called kauri dieback, many of Waitakere’s forested areas were closed to the public in May 2018. Despite the closings, many trails are still open for trekking. Just pay attention and adhere to places marked with the Controlled Area Notice signs. Take comfort in knowing forbidden areas are well-marked. Although the ranges appear to be void of society’s presence in the movie, there are visitor’s centers with detailed trail information and car parks that will keep you from getting as lost as Baker did in the beginning of the film. 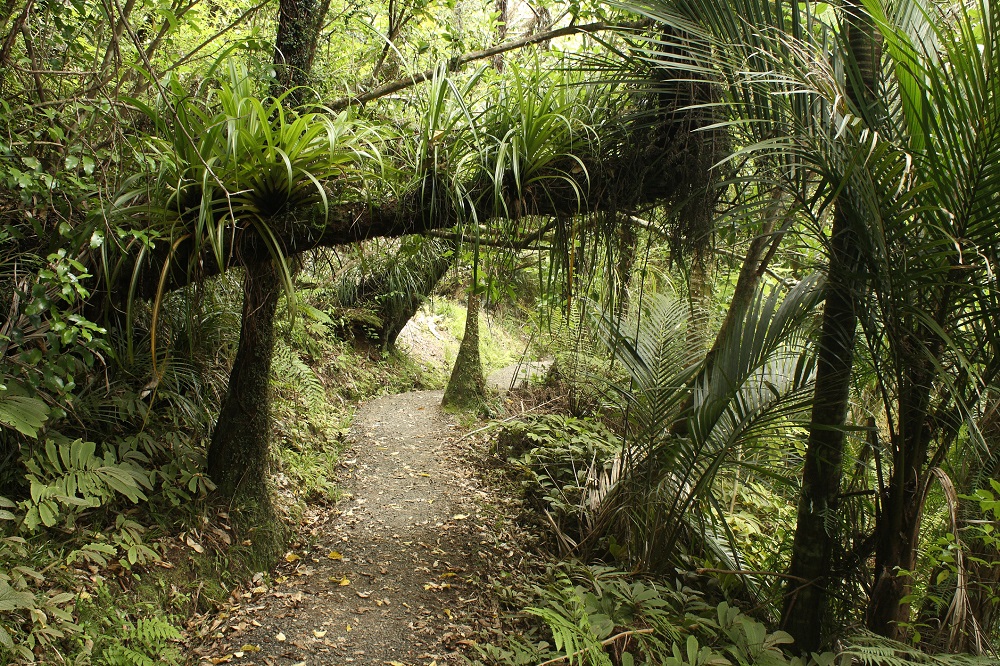 There are many footpaths in the Waitakere Ranges, making it an attractive place for hikers.

Two main roads web through the Waitakere Ranges, setting the path for the most scenic joy ride you’ve ever seen. In fact, one of the roads is actually named “Scenic Drive” and it slithers along the east border from the city of Titirangi to Swanson. Piha road runs across the ranges from east to west, cruising through the middle of the park. From the tiny town of Waiatarua (another launching point for Scenic Drive), you can take the road west and arrive at Piha Beach. Piha Beach is not in the movie; but if you like surfing, you’ll want to visit this place.

The on-foot manhunt eventually culminates into a car chase. Brilliant camera work captures both the pursuit’s intensity and the gorgeous landscape of Tangarioro National Park. The snow-covered mountains you see when Baker and Hec burst from the bush and onto barren desert land are part of what’s said to be New Zealand’s best day hike: The Tangarioro Alpine Crossing. 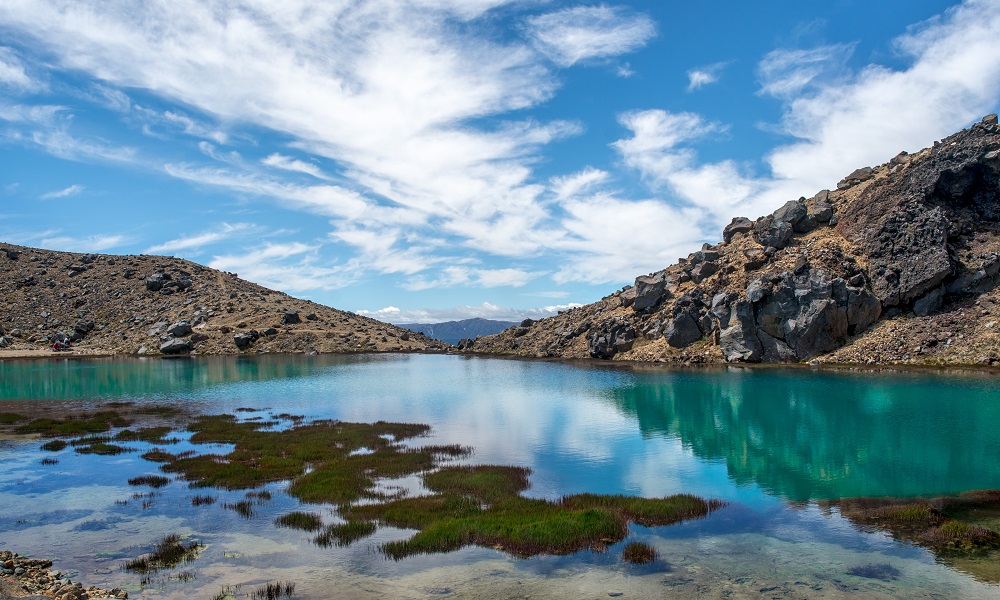 The Tangarioro Alpine Crossing is considered to be one of the world’s best day hikes.

The Tangarioro Alpine Crossing is almost 12 miles (19 kilometers) long and weaves between Mount Tongariro and Mount Ngauruhoe. Trekkers also pass by Blue Lake, the Emerald Lakes, and a number of fascinating craters. Hikers can enter from the west at Mangatepopo carpark or the north end at Ketetahi carpark. If you don’t have the time to devote a day to hiking the full Alpine Crossing, you can hike sections and still experience its stunning geography. The website Tongarirocrossing.org.nz provides descriptions and duration times on shorter treks, from one landmark to another, so people can cater their excursion to their interests.

Jaya Travel will also cater your trip to your interests and your budget. Plan your own escape to New Zealand’s must-see wilderness. Call Jaya today!