Tour the most beloved sites in the country on this 8-day “Ultimate Mexico Experience!” You’ll have the opportunity to explore the treasures of Mexico City, take a magical tour of San Miguel de Allende, and experience the opulent mansions of Guanajuato. Not to be missed is a tour of Tequila, a town world-famous for its liquor since the 17th century. You’ll fall in love with Mexico on this exciting 8-day vacation package! 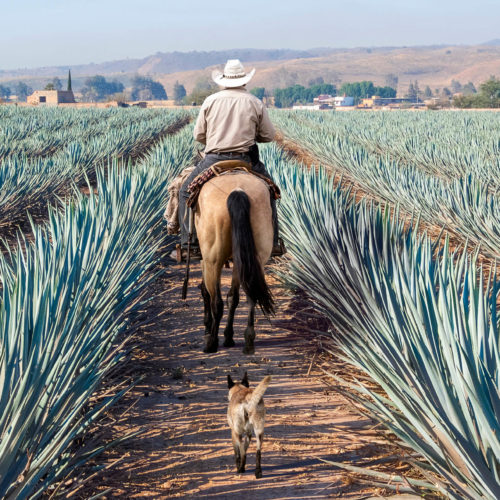 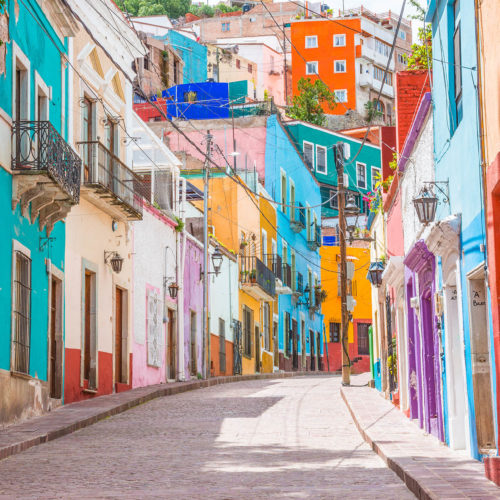 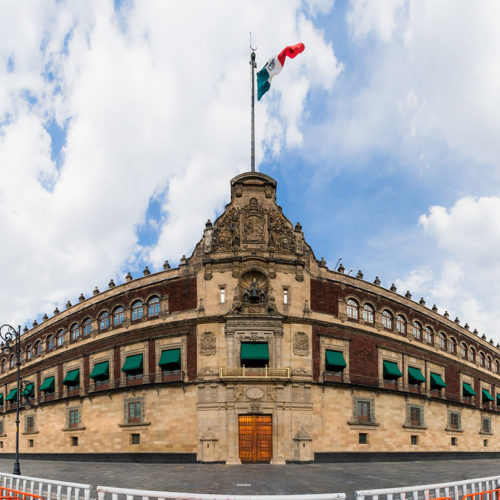 Upon arrival, meet your Jaya Travel ambassador who’ll assist you with a private transfer to your charming hotel in Mexico City for a 2-night stay.
Mexico City, formally Tenochtitlan, is one of the world’s largest metropolises and the Western Hemisphere’s oldest urban center. Spanish conqueror Hernan Cortes was awestruck by the Aztec’s imposing temples, reporting to King Carlos V that “the principal pyramid is taller than the tower of the cathedral at Seville” and that their stone and wood craftsmanship “could nowhere be bettered.”

Mexico’s vibrant history is perfectly depicted at its central plaza, the Zocalo. Surrounded by some of the finest buildings of the colonial era lie the remnants of one of the Aztecs’ principal monuments, the Templo Mayor. Its mysterious shapes stand as a haunting tribute to the pre-Hispanic civilization that flourished here long ago.

After breakfast at the hotel, you’ll tour Mexico City, built on top of Tenochtitlan’s ruins. The first stop is the Zocalo (main square), one of the biggest public squares in the world! You’ll visit the Metropolitan Cathedral, the biggest church in Latin America, and the Palacio Nacional, which hosts Diego Rivera’s murals depicting Mexico’s history.

Afterward, the tour guide will continue to the archaeological site of Teotihuacan, located 50 km (31 mi) northeast of Mexico City. It was one of the most impressive cities in the ancient world, held sacred by the Aztecs. The tour ends by exploring the Quetzalpapalotl Palace Complex, the Temple of the Feathered Conches, the Pyramid of the Moon, and the Pyramid of the Sun – ranked among the biggest in the world.

Breakfast at the hotel, followed by a private transfer to San Miguel de Allende. Upon your arrival, a half-day city tour awaits. Opulent mansions and handsome churches fill the colonial town, all connected by narrow, cobbled streets. San Miguel de Allende’s architecture is so lovely that it’s been designated a national monument.

Transfer to Guanajuato, followed by a half day city tour. The city climbs out of a ravine and up bald hills that once supplied a quarter of the country’s silver output. Mine owners studded Guanajuato’s twisting streets and charming plazas with mansions and churches. Modern engineers burrowed an ingenious tunnel network under the city to overcome the crazy geography, resulting in a unique center devoid of traffic lights and signs.

Later we’ll visit iconic landmarks, such as the Templo de la Compañia, a Jesuit church with a Neo-Classical dome; the heart of the city, Jardin de la Union, a laurel-shaded plaza designed in 1861; Teatro Juarez, a lavish theatre with ancient Greek influences; and Casa Diego Rivera, where the famous painter was born and over 100 samples of his work are exhibited.

This morning we’ll visit the second largest metropolis in Mexico – Guadalajara. Considered one of the most serene cities in North America, it’s alive with colorful parks, fountains, monuments, and rose-lined boulevards. Its rich heritage dates back to 1542 and is evident throughout the city. Outside of Guadalajara is the beautiful village of Tlaquepaque, famous for its mariachi bands and gorgeous leather, glass, and textiles. Another interesting village is Tequila, the birthplace of the “real” tequila produced from the blue agave plant.

The day begins with breakfast at the hotel, followed by a Guadalajara city tour. Guadalajara was a placid provincial town, until an industrial boom transformed it into a modern metropolis. However, the traditional flavor of the “Pearl of the West” lingers on in its beautiful squares and majestic colonial buildings.

In the historic center, you’ll visit the largest colonial edifice in the Americas and some of Mexico’s finest Neo-Classical buildings: the Guadalajara Cathedral, the baroque Palacio de Gobierno, Teatro Degollado with its ancient Greek influence, and former orphanage Instituto Cultural Cabañas. Then the group will move on to tour Tlaquepaque,  5 mi (7 km) southeast of Guadalajara. Some mansions built in Colonial times are now shops, offering an overwhelming selection of Mexican pottery, blown glass, textiles, metal, wood, and papier-mâché.

The town of Tequila, 30 mi (50 km) northwest of Guadalajara, gave its name to the world-famous liquor in the 17th century. Plantations of blue agave surround the countryside and the town, painting the landscape with unique blue-green tones. You’ll visit the Museo del Tequila which gives a complete history of the prominent Tequila industry. The trip includes visiting a distillery to see the entire traditional and modern production process of tequila, including cooking the plant cores from which the liquor is made. All this, of course, will be followed by a tasting session!

It’s now time to say goodbye and transfer to the airport for your onward journey.

Discover the Beauty of Mexico with Jaya Travel & Tours!

Fill out the form and one of our dedicated tour advisors will contact you with all the details about the Ultimate Mexico Experience!

*Prices are land only per person based on double occupancy. Contact a Jaya Travel Agent for our complete terms and conditions.