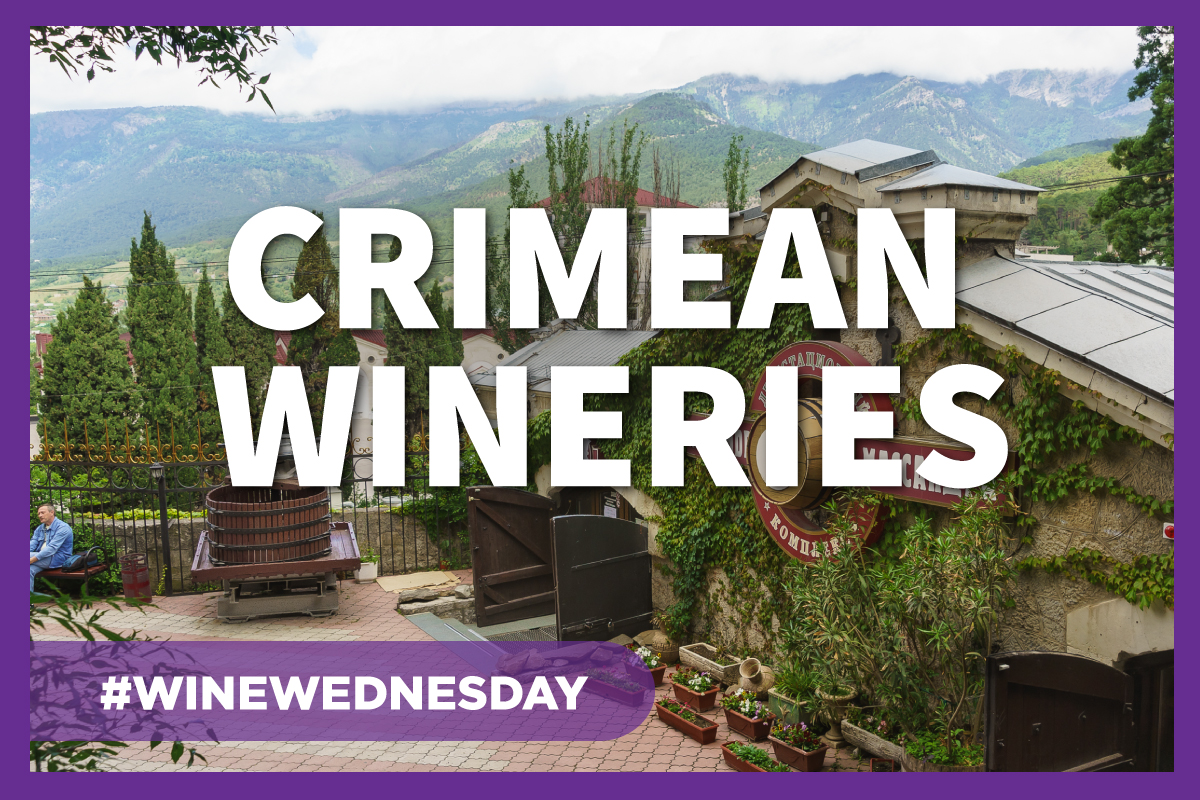 Raise your glass for #WineWednesday! Today, we’re prepping you to visit three of the best wineries on the Crimea Peninsula.

Crimea floats between Russia’s western border and the Ukraine’s underbelly, attached by a narrow strip of land. The Black Sea laces most of its coast. The Sea of Azov hugs a generous bit of the peninsula’s eastern portion. There’s uncertainty toward whether Crimea is recognized as part of Russia or the Ukraine, but everyone recognizes it as a haven for wine production. Caves carved into its mountainous landscape serve as cellars. These special cave cellars maintain a consistent temperature, ideal for the wine’s aging process.

Here are three of Crimea’s top wineries that utilize these cave cellars to produce wine so good, it was exempt from Mikhail Gorbachev’s alcohol ban in the 1980s. 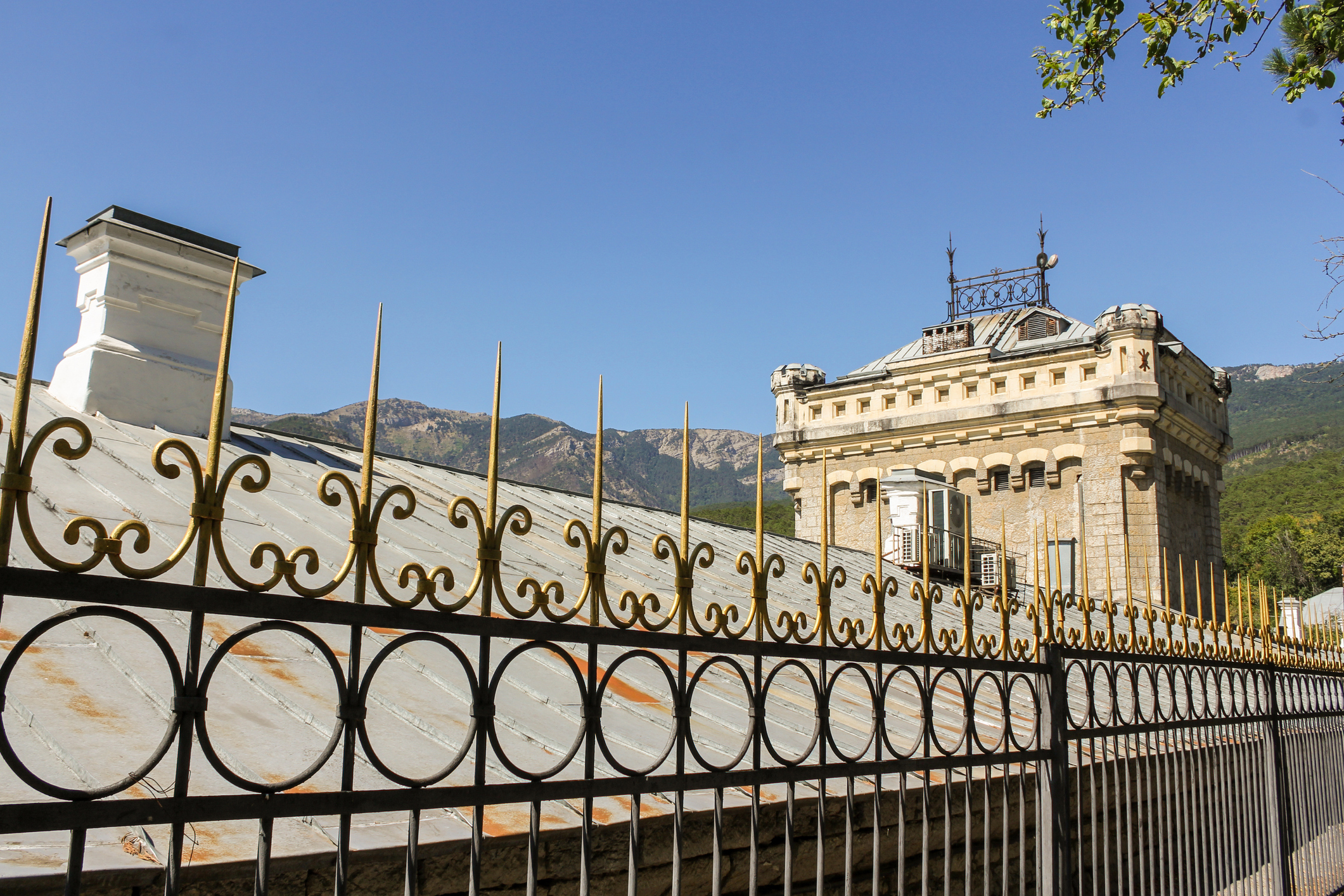 Massandra Winery’s castle-like looks and towering entrance reflects its historical reputation. It was founded in 1894 and nationalized in 1922 to spare it from destruction caused by the Russian Revolution. Massandra’s phenomenal product (you know, wine) is what saved it from having its vineyards uprooted during an anti-alcohol campaign; an effort to reduce the amount of intoxication among soviet soldiers. These laws lowered crime and improved the population’s health. However, the toll it took on the economy was enough to make the government lift the ban.

Visiting the winery delivers more than a few sips of premium vino. An hour tour of the facility takes you into its cellars and recounts its fascinating history. Top your tour with an optional wine tasting where you can try nine of the winery’s best wines. Massandra rarely exports outside of the area. So, if you sip something you like, pick up a bottle (or four) at the onsite shop. 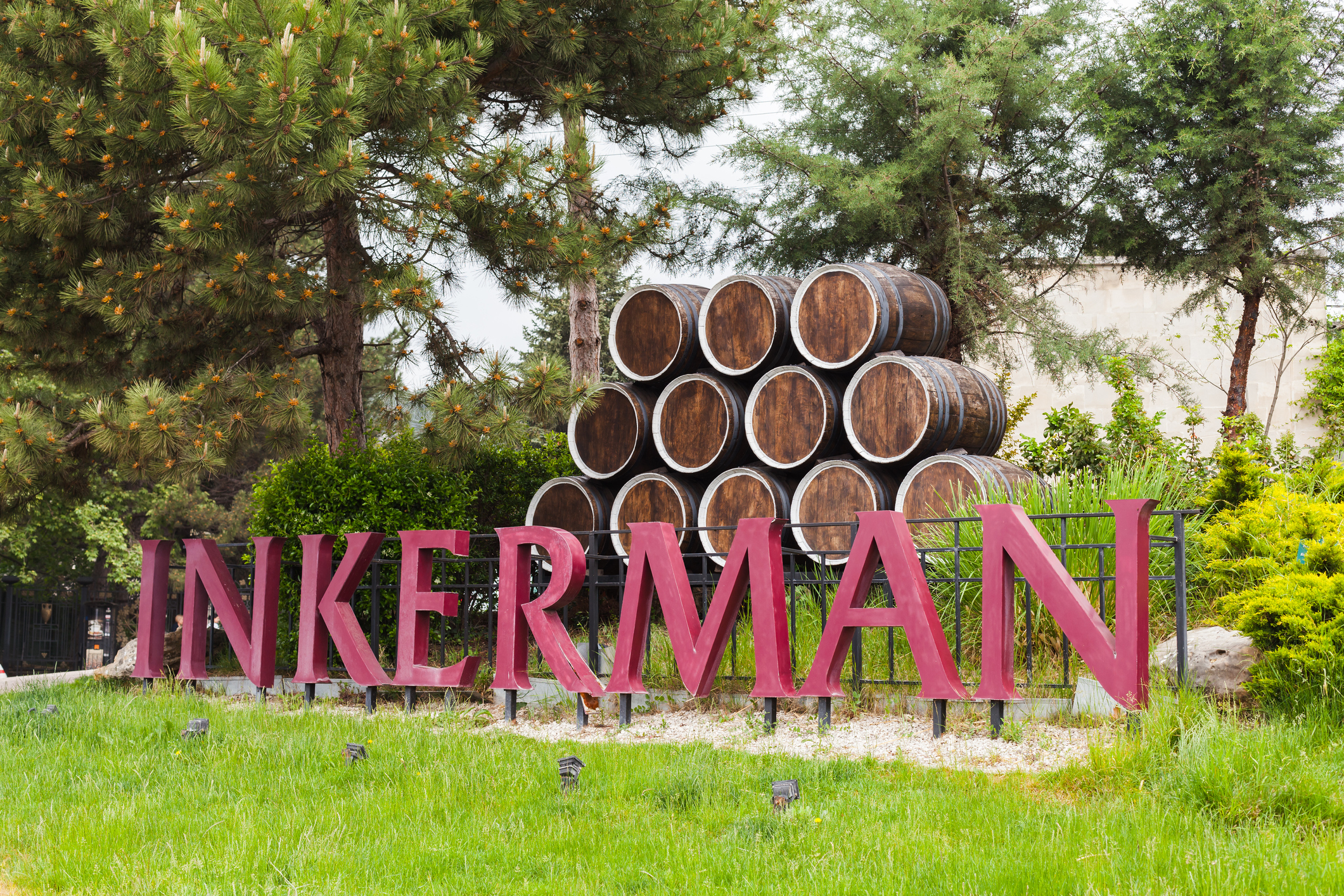 Tourists like to visit the Inkerman Wine Factory because of its atmosphere and affordable prices.

The Inkerman Wine Factory is located in Sevastopol, the largest city on the Crimean Peninsula. Favorited among tourists, it’s often used as the exceptional standard when comparing Crimea’s wineries. Perched in a spot between the Sevastopol Bay and a forest that boasts great hiking trails, the winery stores its product in tunnels carved from its surrounding limestone bluffs.

Tours are popular as they bring visitors to its unique storage facility inside the tunnels. Inkerman is praised as an interesting place to learn about Crimean wine; however, the tours are given in Russian. Despite the language barrier, visitors express the passion radiated by the tour guide is universally comprehensive and doesn’t deprive them of an educational experience. 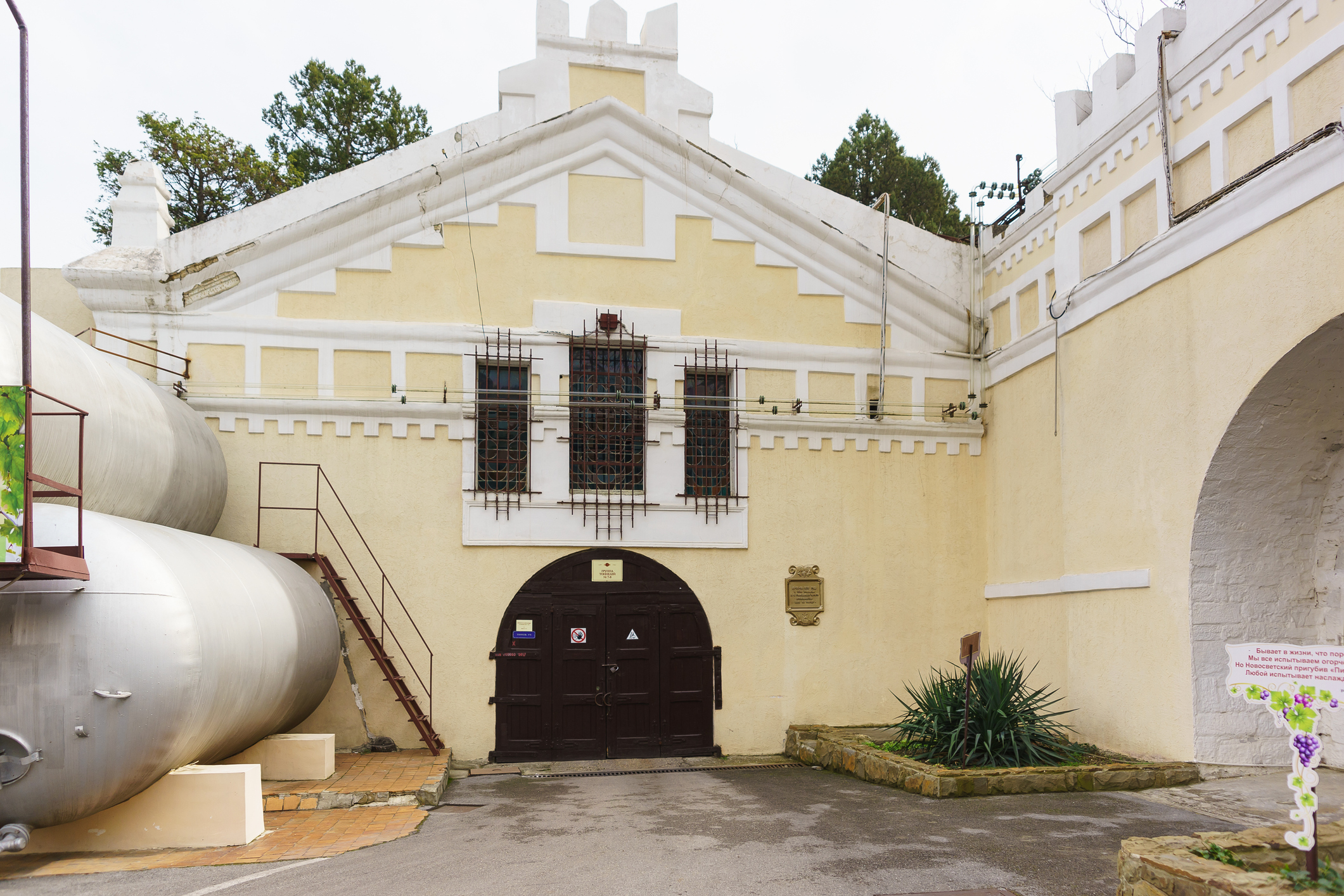 If you adore the thought of kicking back with a glass of wine while witnessing a beautiful sunset beyond dynamic cliffs diving into the Black Sea, Novy Svet Winery is where you want to go. Its picturesque location attracts nature- and wine-lovers alike. Initially called “Paradise”, the area’s name was changed to “Novy Svet”, which is Russian for “New World”.

Novy Svet is renowned for producing a must-try Crimean champagne. Before you say we “can’t technically call it champagne,” know that the winery received official permission from France to use the title. A legendary taste test in the early 1900s states a champagne factory owner couldn’t distinguish Crimean sparkling wine from his own champagne. Therefore, it earned “champagne” status.

Ready to fill your glass with new wine? Call Jaya Travel and let us know you’re interested in a Crimean wine tour.