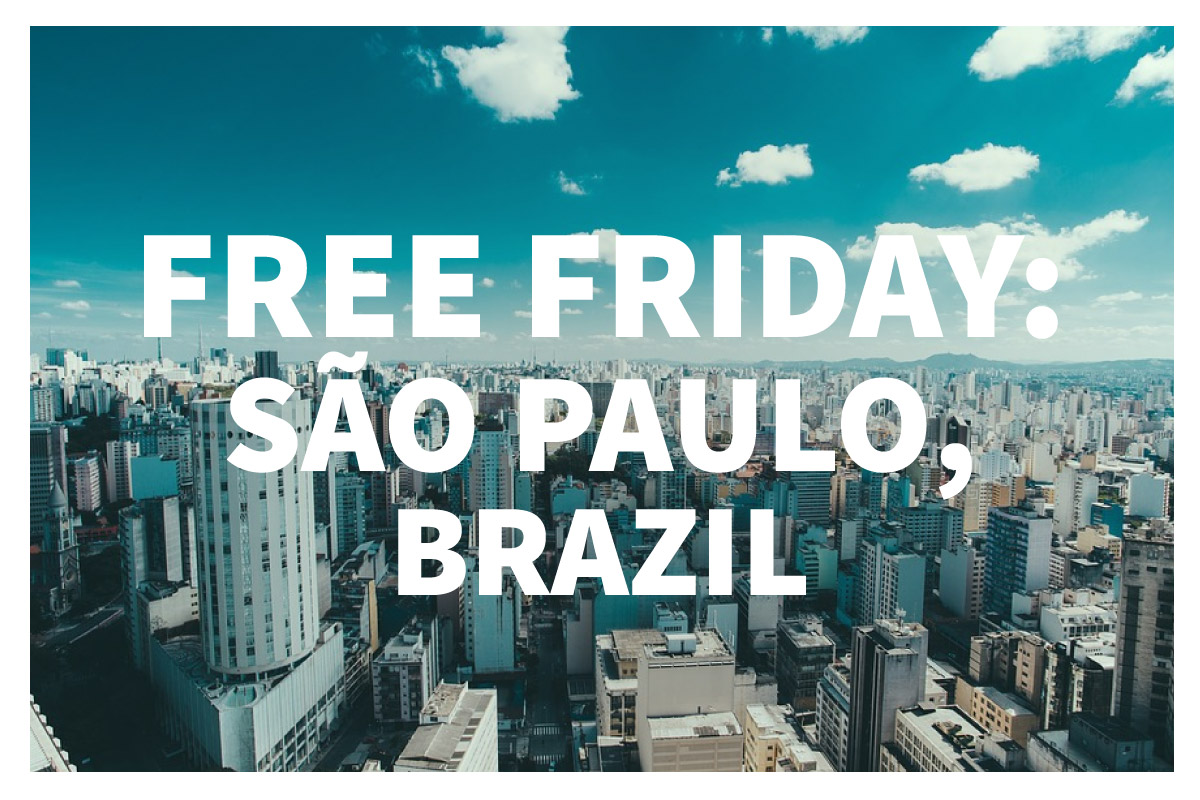 Finding things to do while traveling can be daunting. You want to have fun on vacation without breaking the bank. Luckily, we’ve done the research for you! Our Free Friday series showcases free things to experience on your travels. Today, we explore beautiful Ibirapuera Park in São Paulo, Brazil!

One of the most interesting things about Brazil: it’s got a foot in two different worlds. On one hand, much of Brazil is the Amazon rain forest. On the other, its cities are rapidly growing metropolises. In Ibirapuera Park, you’ll experience both natural areas and modern innovation. In fact, you’ll get a taste of history as well. Ibirapuera Park is a microcosm of São Paulo’s history. 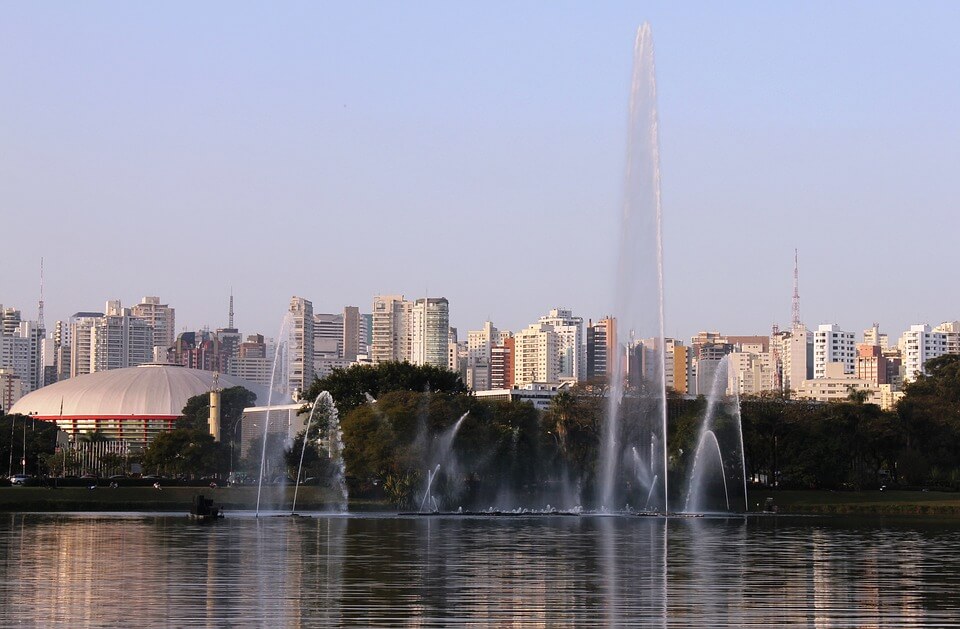 Relax by the lake in Ibirapuera Park, São Paulo

São Paulo was founded in 1554 by Jesuit priests and named for Saint Paul of Tarsus. It remained a poor village for several hundred years – that is until gold was discovered nearby.

Then came the period of the Bandeirantes, explorers and settlers coming to the region in search of gold, diamonds, and gem stones. A statue by Italian-Brazilian sculptor Victor Brecheret pays homage to this period of the city’s history. You can find it at the entrance to the park.  It was commissioned in 1921 and finished in 1954.

Brazil became a republic in 1889, but it wouldn’t be long before political unrest caused conflict. In 1932, the citizens of São Paulo rebelled against a corrupt government in what became known as the Constitutionalist Revolution. This is considered to be the last armed conflict in Brazil’s history. 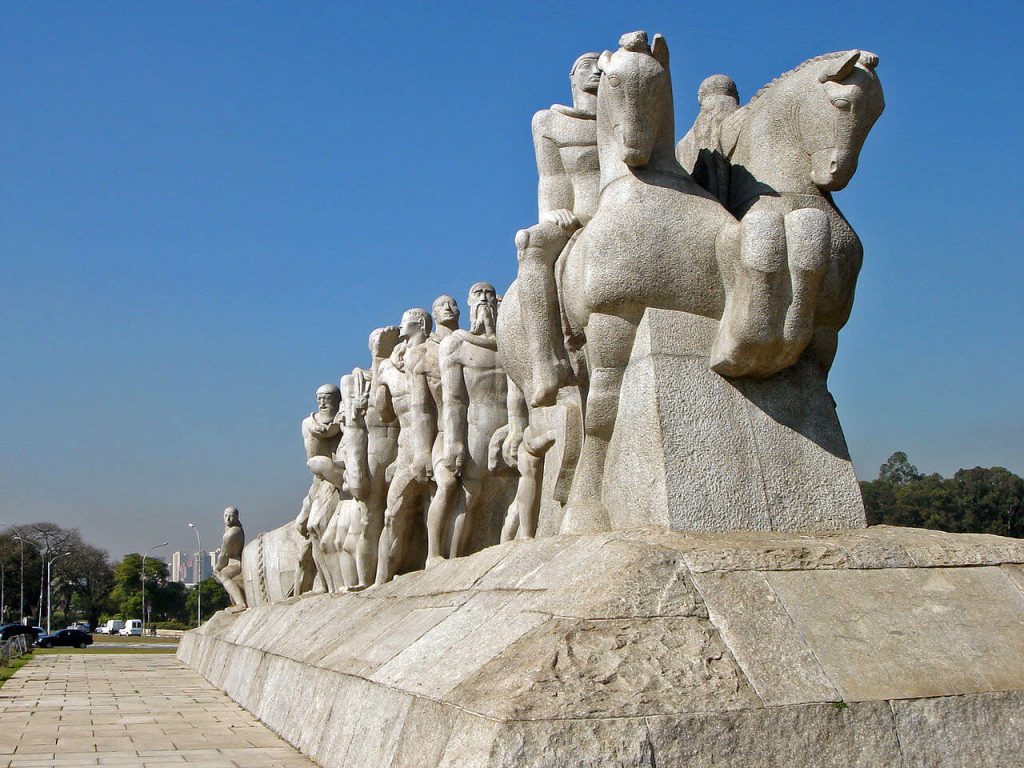 This statue celebrates the bandeirantes of days gone by. Photo: By Mario Roberto Duran Ortiz Mariordo – Own work, CC BY 3.0, https://commons.wikimedia.org/w/index.php?curid=3757145

Twenty-two years later, Ibirapuera Park was inaugurated in 1954 to mark the 400th anniversary of the city’s founding. Brazilian architect Oscar Niemeyer designed it. Today, São Paulo has become the largest Portuguese speaking city in the world. There’s no better way to experience the rich history of the city than Ibirapuera Park. Comparable to Central Park in New York City, it’s excellent for walking, jogging, or simply relaxing amongst some greenery.

As we mentioned earlier, Ibirapuera Park is a microcosm of São Paulo’s history. Be sure to see:

This monument honors those who fought and died in the Constitutionalist Revolution. Photo: By Governo do Estado de São Paulo – Passagem da Tocha Olímpica em SP, CC BY 2.0, https://commons.wikimedia.org/w/index.php?curid=50597443 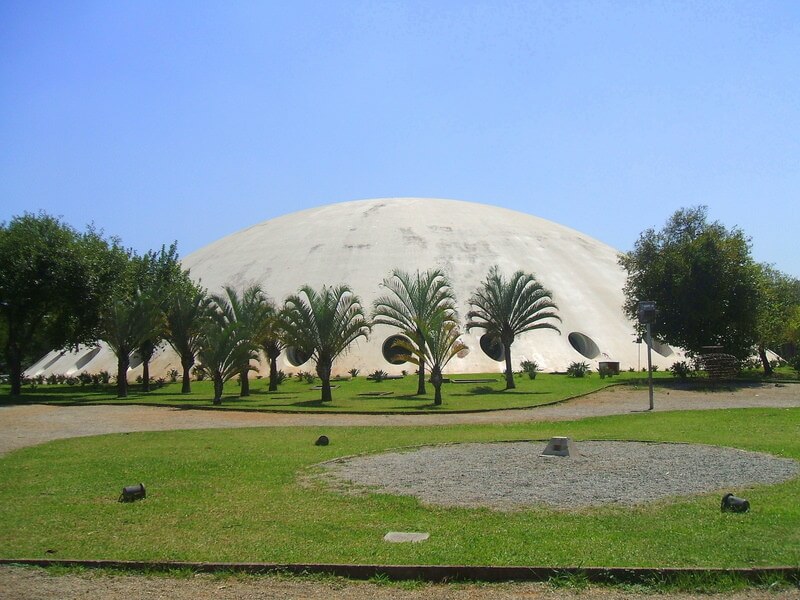 The Oca gets its name from its resemblance to hut. Photo: By User:Dornicke (2008) – Own work, Public Domain, https://commons.wikimedia.org/w/index.php?curid=3399379

If you’re planning a trip to São Paulo, give us a call! We can customize any tour AND we price match airfare! Call us to learn more!