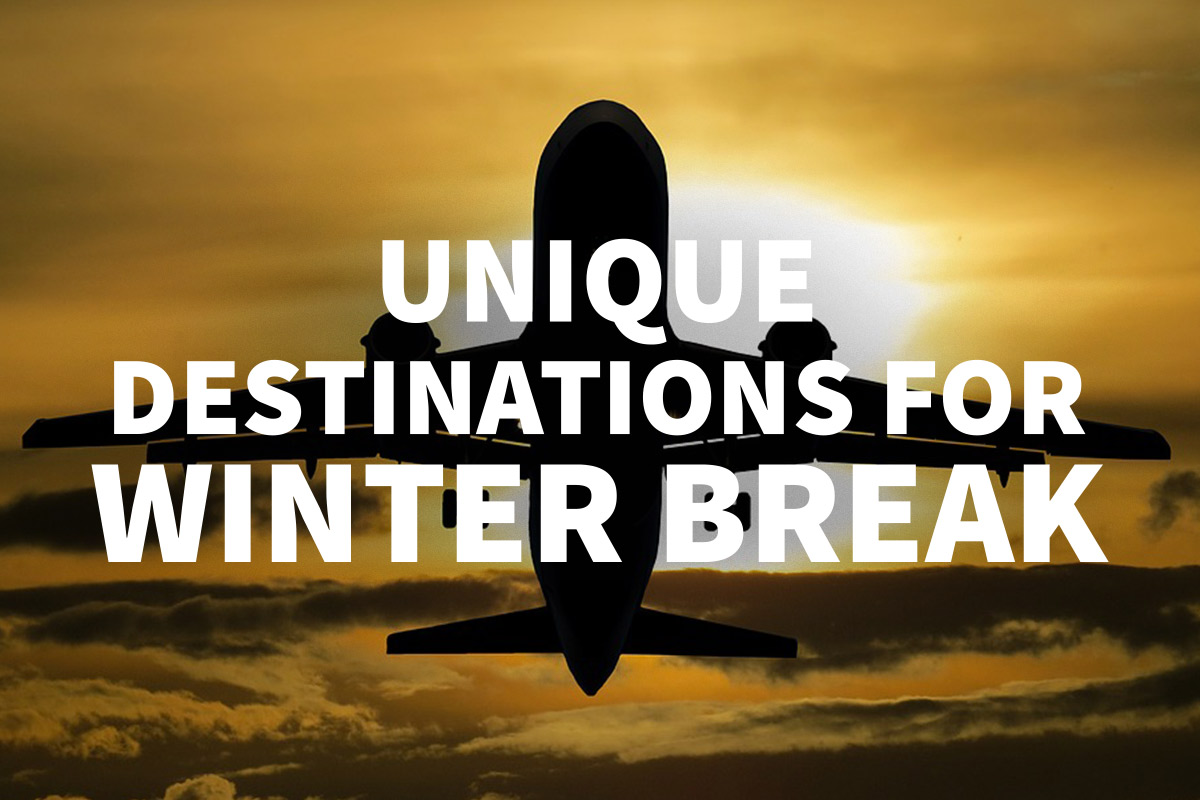 Make Christmas break worthwhile. Don’t trade being cooped up at home for a cooped up vacation. Avoid the crowds and check out these unique winter break destinations.

You’ve probably heard of Cancún. It’s the quintessential destination for Spring Breakers and one of the most popular destinations in Mexico. However, you may not be familiar with its lesser-known counterpart, Playa del Carmen.

If you’re interested in the Cancún area but don’t want to run into a herd of college kids, Playa del Carmen is for you. It’s only an hour and fifteen minutes south of Cancún and not as crowded as its northern neighbor. In short: it’s the perfect winter break spot for adults.

Relax on the beach. This is one of the biggest reasons people visit the Yucatan peninsula, or anywhere tropical. However, the nice thing about Playa del Carmen is that because it’s not as well-known, you’ll have fewer tourists to contend with for the best spots.

Chichen Itza is one of, if not the most, famous Mayan ruin. This pre-Columbian city was built over 1,400 years ago and is one of the largest Mayan cities ever constructed. The most famous part of the complex is the Mayan pyramid, El Castillo, which stands 98 feet high. Unfortunately, you can no longer climb the pyramid to see inside, but its majesty is no less apparent from the foot of the stairs. 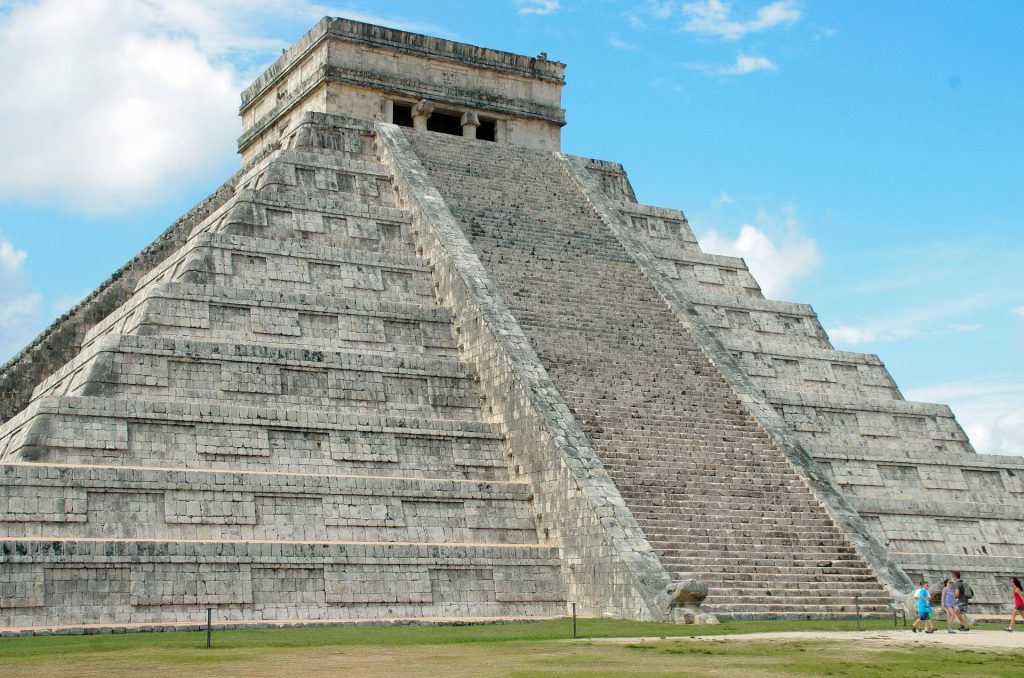 Be Indiana Jones for a day this winter break! Check out El Castillo: the most recognizable feature of the Chichen Itza complex.

In addition to El Castillo, be sure to walk through the Great Ball Court. Ancient Mayans played a high stakes game in which the losers were sacrificed. Evidence of this is found on the Skull Platform: a wall with carved depictions of the losers’ skulls. Visiting this site is easy, only about 2 hours by car. If you don’t feel like renting a vehicle, there are no shortage of tours available that include a roundtrip bus as part of the cost. It’s the perfect day trip!

Weather in El Jadida isn’t terribly hot this time of year, but it’s certainly warmer than the snowy, freezing winters of North America and Europe. If your ideal winter break doesn’t include bikinis and sweating in the sun, Morocco is perfect for you.

El Jadida is located on the Atlantic coast, so it’s perfect for strolls on the beach away from more crowded areas like Casablanca, Rabat, and Marrakesh. 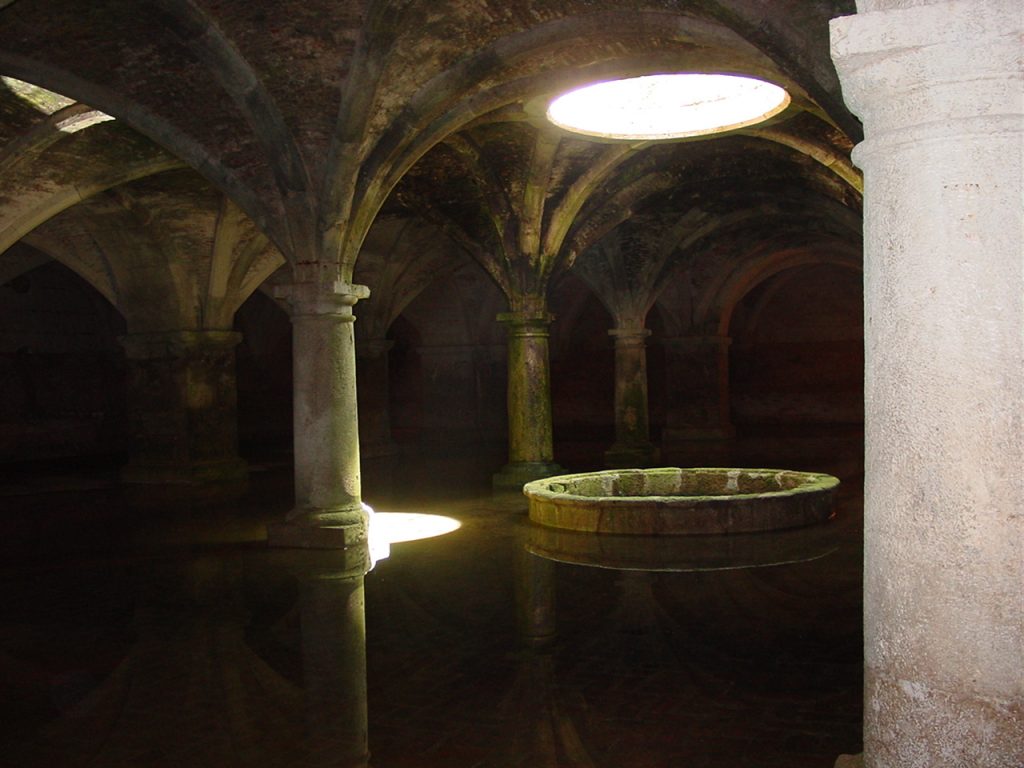 Interior of Portuguese Fortress is a blend of European and Moroccan architecture. (photo – By Rui Ornelas)

Visit the Portuguese Fortress of Mazagan. This UNESCO World Heritage Site was built in the 16th century by the Portuguese but taken over by the Moroccans in 1769. An excellent example of Renaissance military design, the architecture is done in the late Gothic style. Visitors can see the fusion of European and Moroccan culture exemplified by this building.

Darwin may not seem like the ideal choice for winter break. It’s a very long plane ride and, unlike Sydney, is not close to any other major cities in Australia. However, the average temperature is in the high 80s-low 90s all year long. So you can count on nice, predictably warm weather.

Darwin is the capital of the Northern Territory in Australia and is situated on the coast of the Timor Sea. It serves as the gateway to Kakadu National Park, which you will definitely not want to miss when you visit.

Let’s start with animals. Kakadu is home to some of the most recognizable critters in Australia: wallabies, kangaroos, and saltwater crocs (or “salties” as the Aussies say). In addition to the incredible wildlife, there are a number of natural sites that garner attention from visitors. Jim Jim and Twin Falls waterfalls are very popular and Christmas break is the best time to see the falls as they can disappear in the dry season.

If you do nothing else in Kakadu, make sure to visit at least one rock art site. Paintings and hand prints can be found in several areas of the park. The Aboriginal cultures that created them did so over 20,000 years ago. The two main sites are Ubirr and Nourlangie. These exquisite sites represent one of the longest historical records of any group of people in the world. Images of spirits, animals, humans, and even the first contact with European settlers are all documented. 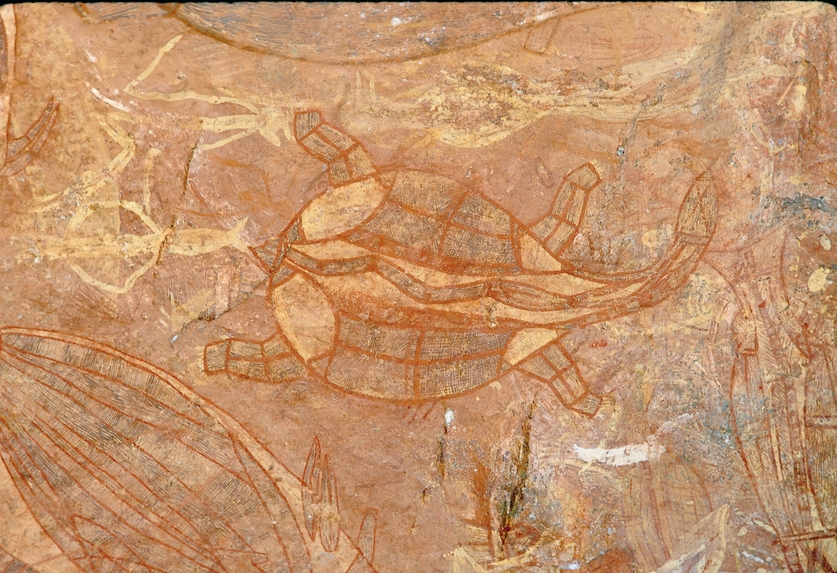 Pick up some culture on winter break this year! This turtle is one of the many Aboriginal art sites you’ll explore in Kakadu. (photo – By Toursim NT)

Tours are available or visitors can opt for self-driven tours throughout Kakadu. Camping is popular with visitors who plan to stay the night. If camping’s not your thing, there is a town called Jabiru in the northeast part of the park. In fact, you can find 4-star hotels there as well as plenty of swimming pools to cool off. (Swimming is not recommended in the park itself. You never know where salties could be lurking.)

Ready to jazz up your winter break itinerary? Give us a call!