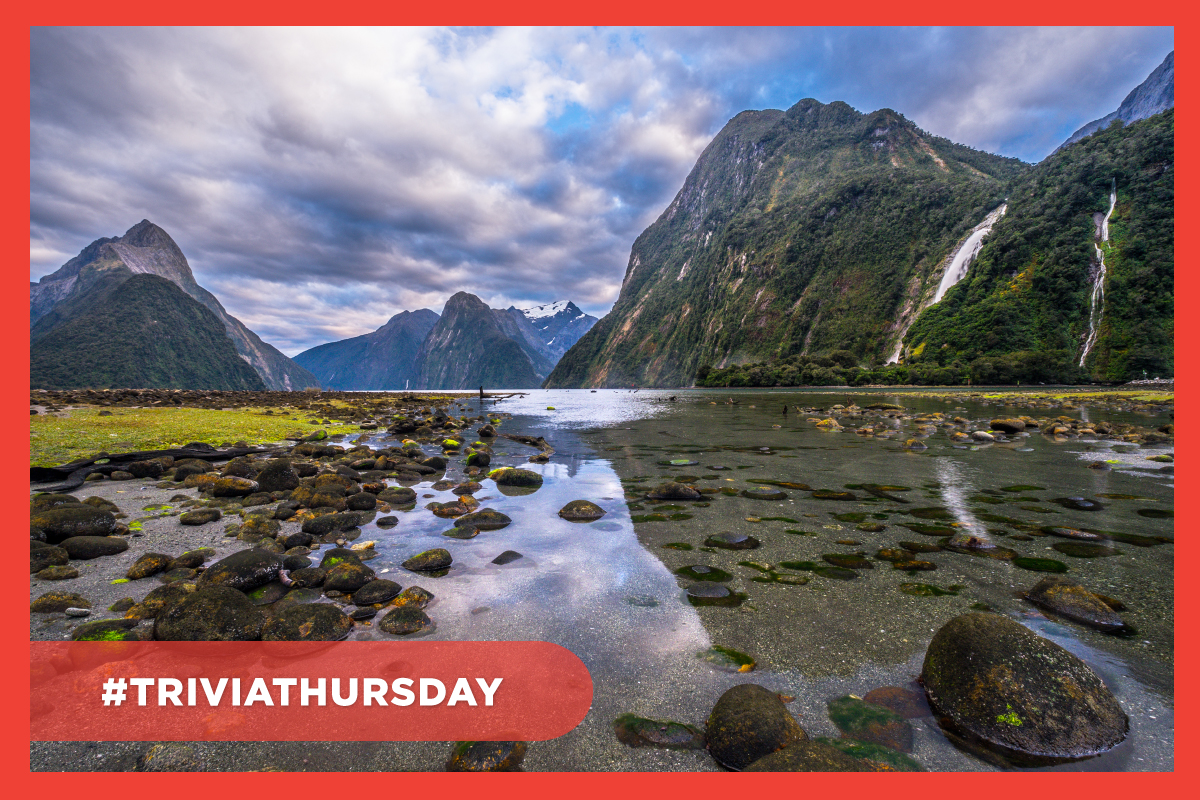 Are you ready to test your travel trivia knowledge? Today’s famous landmark is known for its striking blue waters, gorgeous waterfalls, and towering mountain peaks. Can you name this famous destination? Read the clues and when you think you’ve got the answer, scroll down to see if you’re right!

In the local Maori culture, the name for this place is Piopiotahi. 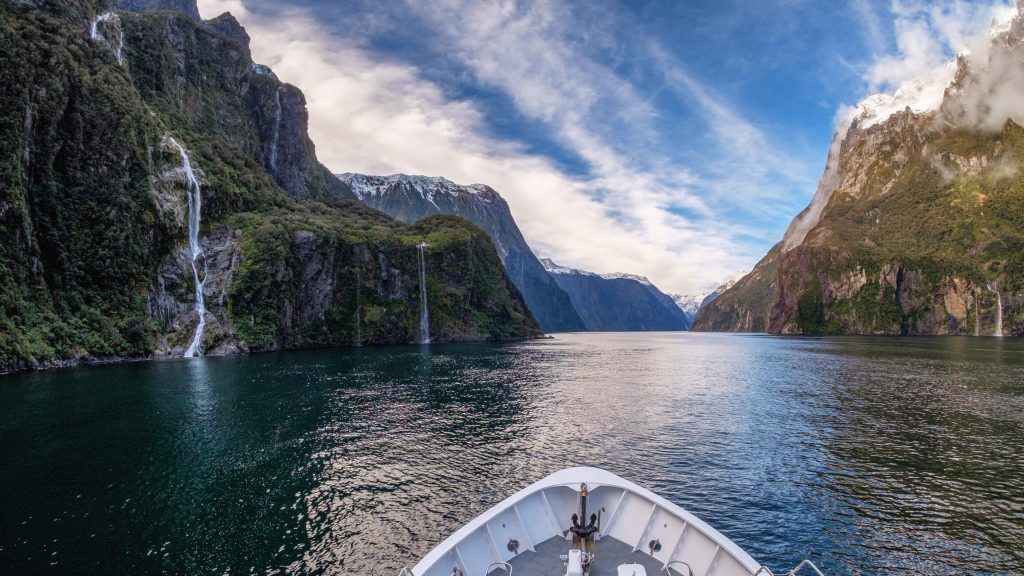 Can you name this famous landmark?

Nestled into the west coast of New Zealand’s south island, Milford Sound is the crowning jewel of Fiordland National Park. It’s one of the country’s most popular sites – between 500,000 and 1 million visitors come here each year. Rudyard Kipling dubbed it the Eighth Wonder of the World, and it’s not hard to see why – the beautiful blue-green water, the wildlife, the mountains, the fresh air; there are a variety of ways to experience it. Most visitors opt for the boat cruise, but you can also kayak or even take a helicopter tour over the fjord. (Geologically speaking: Milford Sound is not a sound; it’s a fjord. Fjords are created by glaciers, sounds are created when river valleys are flooded by the sea.)

Before Western explorers named this place “Milford Sound,” the local Maori people gave it the name “Piopiotahi” which translates to “one piopio.” Piopios were a type of bird, now extinct, that were native to the area. According to Maori mythology, a demi-god named Tu-te-raki-whanoa (pronounced: too-tay-rocky-FA-noa) was tasked with carving out the coast of New Zealand. He started at the southern tip of the island and carved fifteen fjords before he created Milford Sound, the most beautiful of all. After he was finished, the goddess Hinenui-te-Po sent sand flies to the place to keep mortals away.

One day the hero Maui set sail from Hawaiki, the ancestral home of the Maori before they came to Aotearoa (New Zealand.) For this mission, a piopio bird came with him. Maui wanted to win immortality for humans, but died in the attempt. His piopio came to Milford Sound to mourn the loss of his friend. The Maori named the place for the lonely piopio who first came here.

How to get to Milford Sound

The nearest embarkation point is Queenstown, about a four-hour drive away. Jaya can easily arrange a tour bus to pick you up right from your hotel or, if you’re feeling more adventurous, we can arrange one of those helicopter or private plane tours.

Want to visit Milford Sound for yourself? Call Jaya! We’ll create a customized tour immersing you in the legend and wonders of Milford Sound!