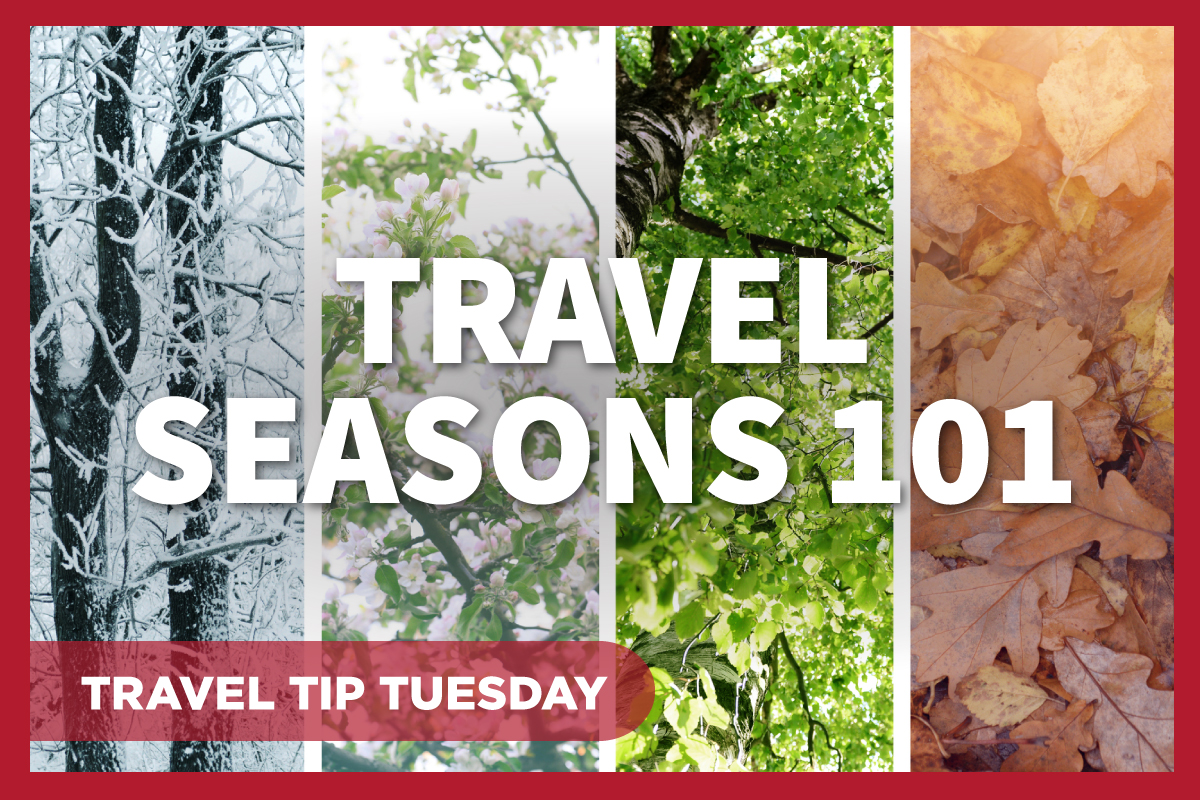 This travel season is self-explanatory. Book a trip during the most popular times of the year and you’ll have to contend with higher crowds, longer lines, and a slower pace. You may ask yourself: why would anyone want to travel during this time?

It just so happens that usually high season, or peak season as it is also referred to, occurs when the region’s weather is at its nicest. It could also be that many people have time off due to holidays or school breaks. For instance: summer break in the northern hemisphere is usually peak time for travel because families are able to travel together. However, there are spikes in travel around Christmas and February or March due to the holiday season and spring break, respectively. 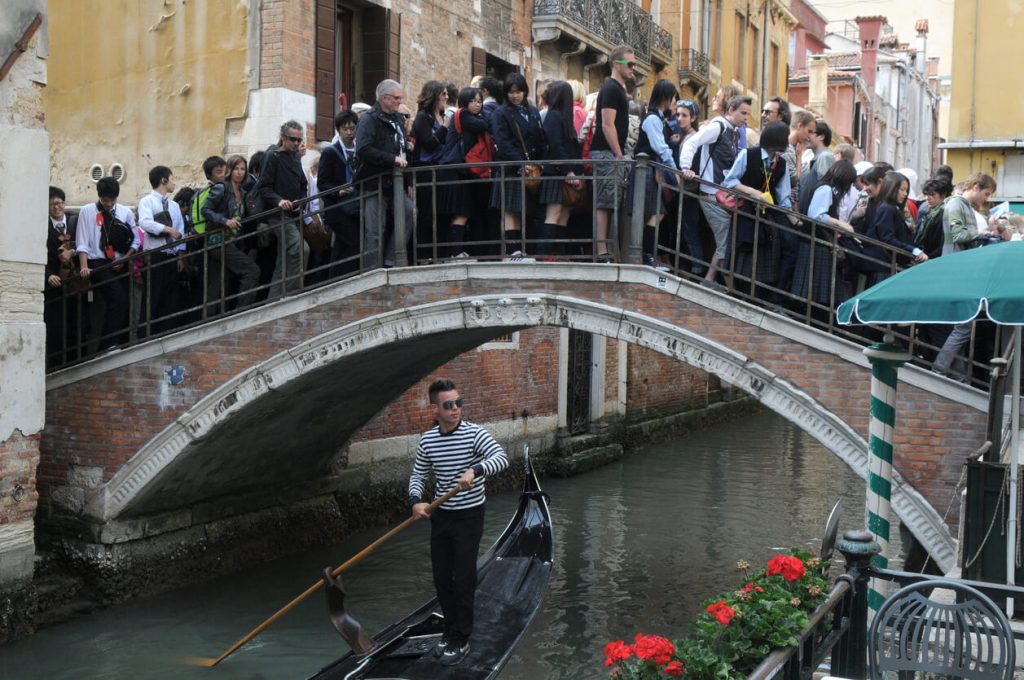 What to expect during peak travel season

The gorgeous weather and plethora of activities are certainly worth it. Just know that when you travel during this time, you should book everything well in advance. If you have a free day on a tour, make sure to give yourself plenty of time because queues will be longer. You should also talk with your travel agent about getting fast-pass tickets when available. For example: purchasing a CityPass booklet when visiting Chicago can save you as much as two hours waiting in line to see the Shedd Aquarium.

The low season, or off season, is the polar opposite of peak season. Usually, the weather is less than ideal, but the crowds are few and far between. Visiting during this time may seem more dismal, but the prices will be unbelievably lower. Businesses like tour companies and hotels still want to make a profit, so you will often find the best deals of the year during low season.

What to expect during the low travel season

In addition to paying far less for everything from hotels to tour packages, you’ll likely get to see more. If you’ve ever visited the Louvre on a busy day, you know how crazy people get trying to see works like the Mona Lisa. Vying for a space near the rail can be exhausting and time consuming. Visiting Paris is November may not come with boulevards lined with spring blossoms, but it certainly won’t be lined with tourists. That being said, you should always discuss travel seasons with your Jaya agent. It may be low season because it’s also hurricane season. You can also browse our helpful world weather guide.

Shoulder season is the balance between high and low season. Prices and crowds are generally lower, though regions may not be as much of a ghost town as you’d find during low season. Many times, shoulder seasons falls in spring or fall. If you’re looking for a more authentic experience, shoulder season is definitely the time to travel. Locals won’t be burned out from dealing with the demands of high season. Therefore, you’re more likely to succeed in striking up a conversation with them in pubs, shops, or parks.

That being said, it’s good to discuss things with your Jaya agent. Let’s say you really want to practice your French with Parisians. You definitely would not want to visit in August. Even though things are winding down with the end of the summer, many Parisians take the entire month off to vacation elsewhere. Many shops and cafes have limited hours or are closed altogether. 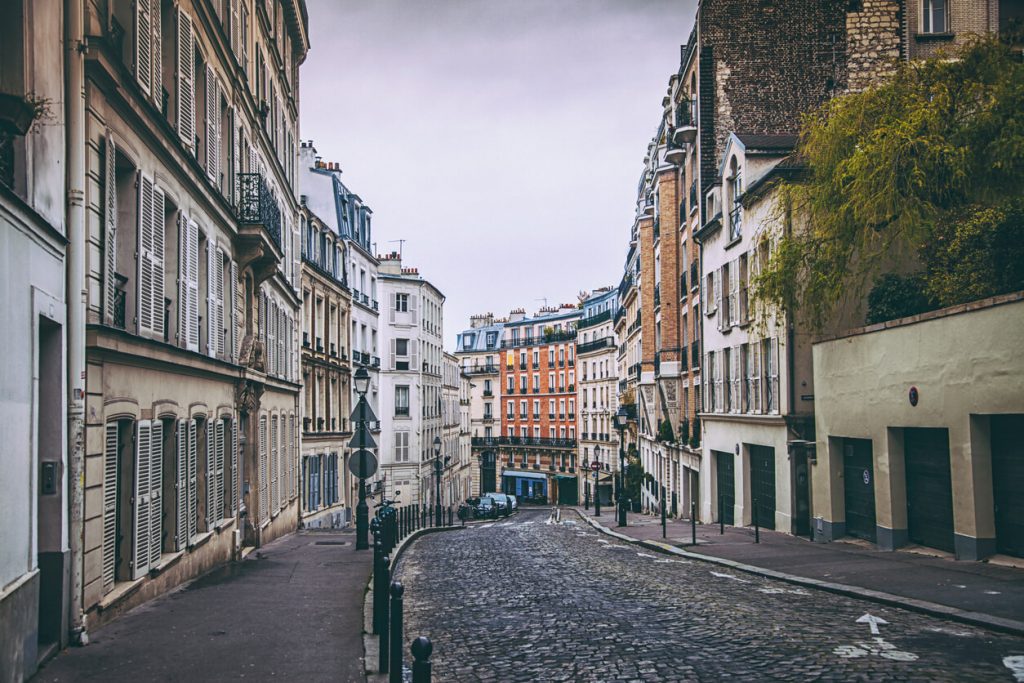 Visiting Paris during the wrong season could mean deserted streets and closed shops!

What to expect during shoulder season

Fewer crowds and lower prices are the main draw of this season. Plus, shoulder season may be the ideal time to do specific activities. For example: skiing from December through February will likely be very busy with other winter enthusiasts. However, there are many regions where snows stick around into April. Ski lodges and other winter accommodations will likely drop the price during this time to generate business – a win for you!

No matter which travel season sounds most appealing, your Jaya agent will help you plan the dream vacation. Click here to get started with a free quote!