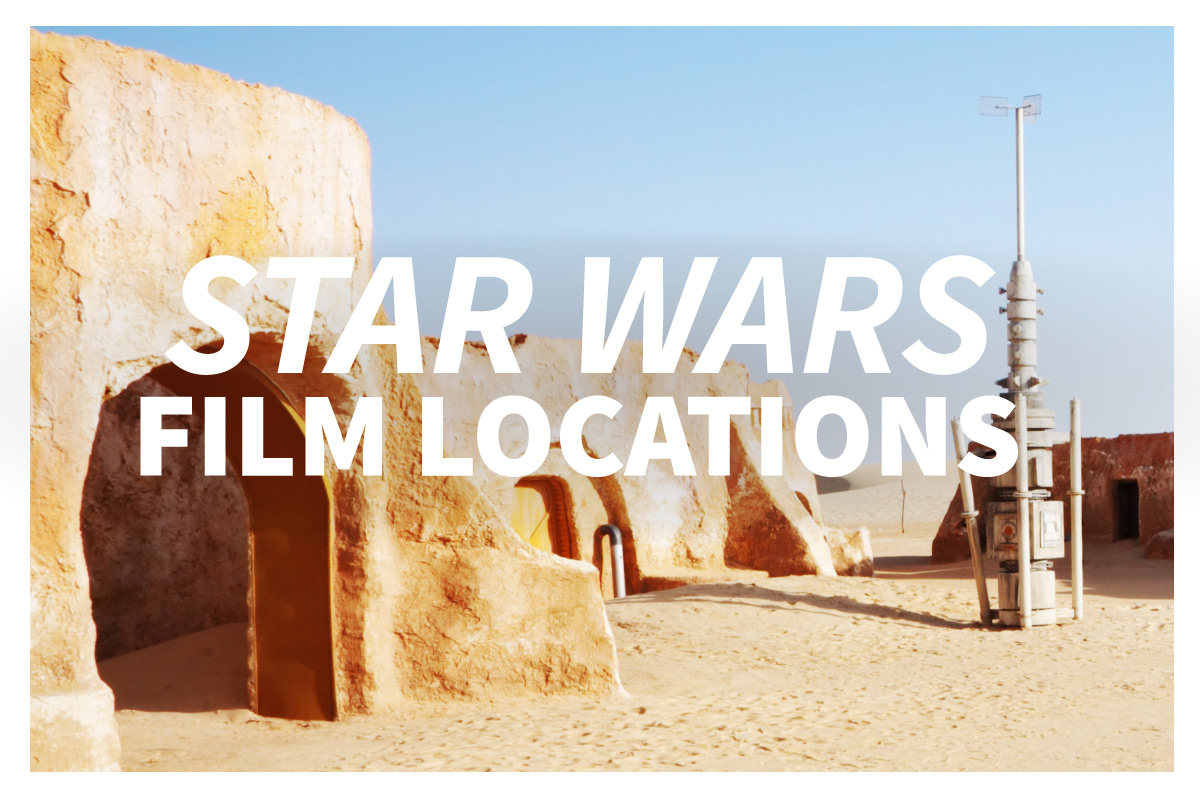 You’d have to be living under a rock for the last forty years to not have seen at least one of the blockbuster Star Wars series. With film locations on just about every continent except Antarctica, it’s actually pretty easy to visit some of the spacey settings you see in the films from the Rebel Base in A New Hope to the tropical battle scene of Rogue One.

Check out our latest “On-Location” post which focuses on the real life locations of famous film scenes that you can visit!

If you’ve heard the name “Tikal” before, it’s not surprising.  This site is actually home to ancient Mayan ruins! They’re one of Guatemala’s big tourist draws. If you’ve seen Star Wars: A New Hope, you know this ancient site as Yavin 4. It appears as X-Wing fighters courageously leave the rebel base in an effort to take out the Death Star.

Aside from being a Star Wars film location, Tikal is kind of a real life rebel base. In the Star Wars films, the rebels are always battling the far-reaching hand of the empire. Before Tikal was abandoned in the 10th century BCE, it was influenced by the powerful city-state of Teotihuacan nearly 800 miles away! So like the rebels, Tikal tried to repel the far-reaching hand of its powerful rival. 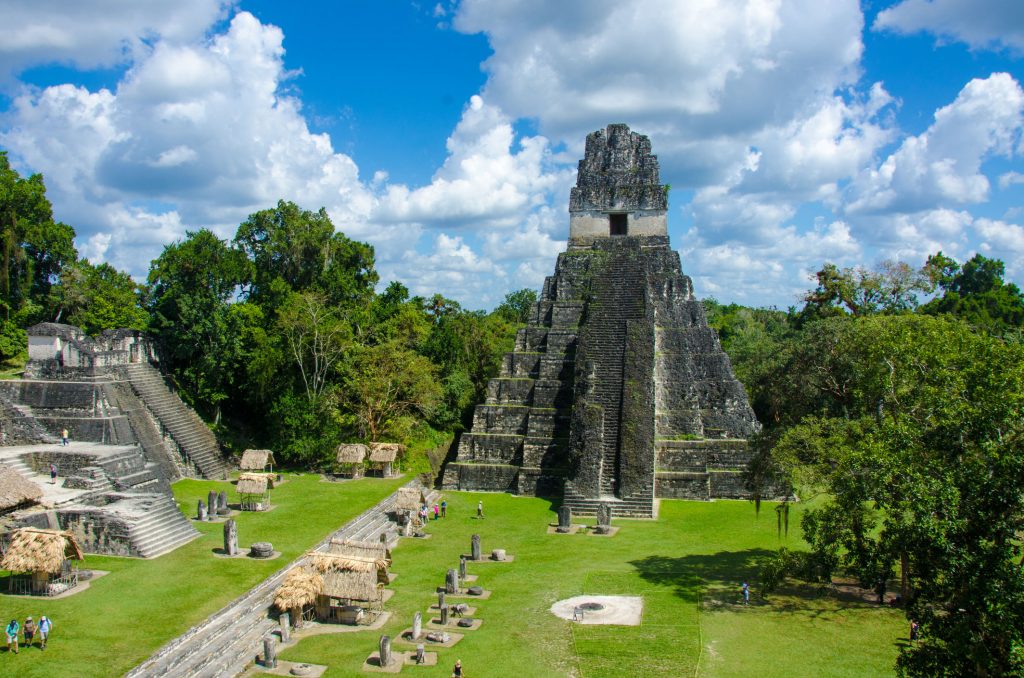 The ancient ruins of Tikal are just visible above the jungle in Star Wars: A New Hope. Photo: iStock

Northwest of Matmata, this salt flat is the largest of its kind in the Sahara. It was near hear that the famous double sunset scene took place. The Lars Homestead of Luke Skywalker’s childhood can still be visited today thanks to renewed preservation efforts. The famous, igloo-like structure remains just as it was forty years ago during filming of A New Hope.

Star Wars Episode III: Revenge of the Sith also made use of this film location. When Anakin Skywalker returns to his home – also on Tatooine – we once again see the desert of Tunisia turned into the land of Tusken Raiders, Jabba the Hutt, and pod racing. 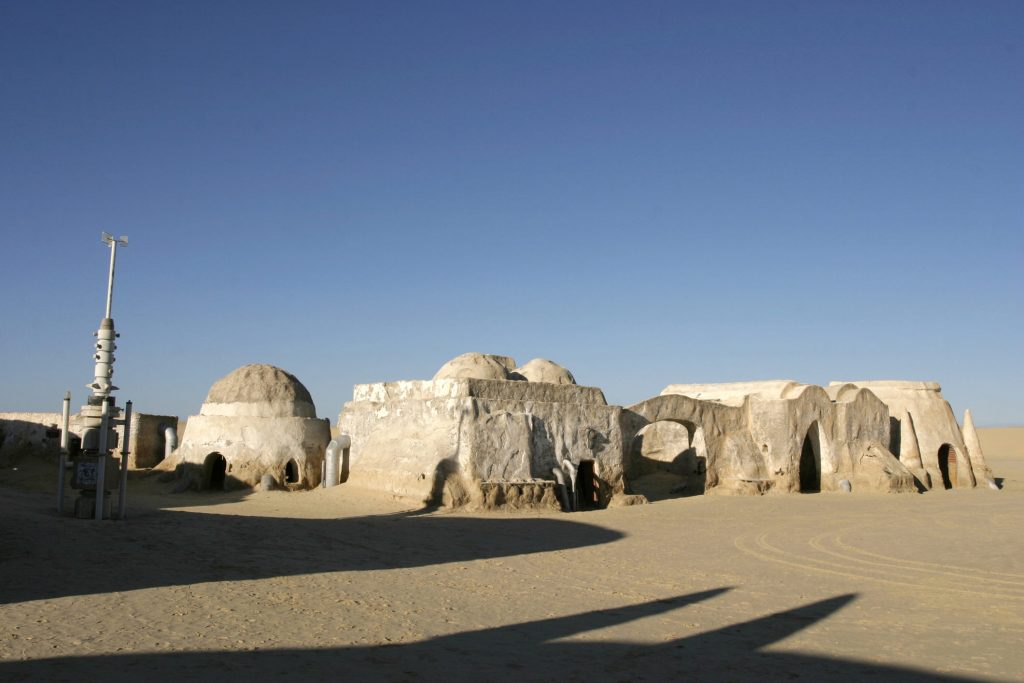 Not far from the salt flat of Chott el Jeri lies the old set of Luke Skywalker’s childhood home on the planet Tatooine. Photo: iStock

The largest atoll in the Maldives, Laamu served as the film location for the empire’s tropical base in Rogue One. The film’s epic final battle takes place on this tiny island and so does a long line of interesting history. Copper plates found on archaeological digs here are inscribed with the turbulent events that shaped the island’s history – particularly the arrival of Islam in a predominantly Buddhist place. 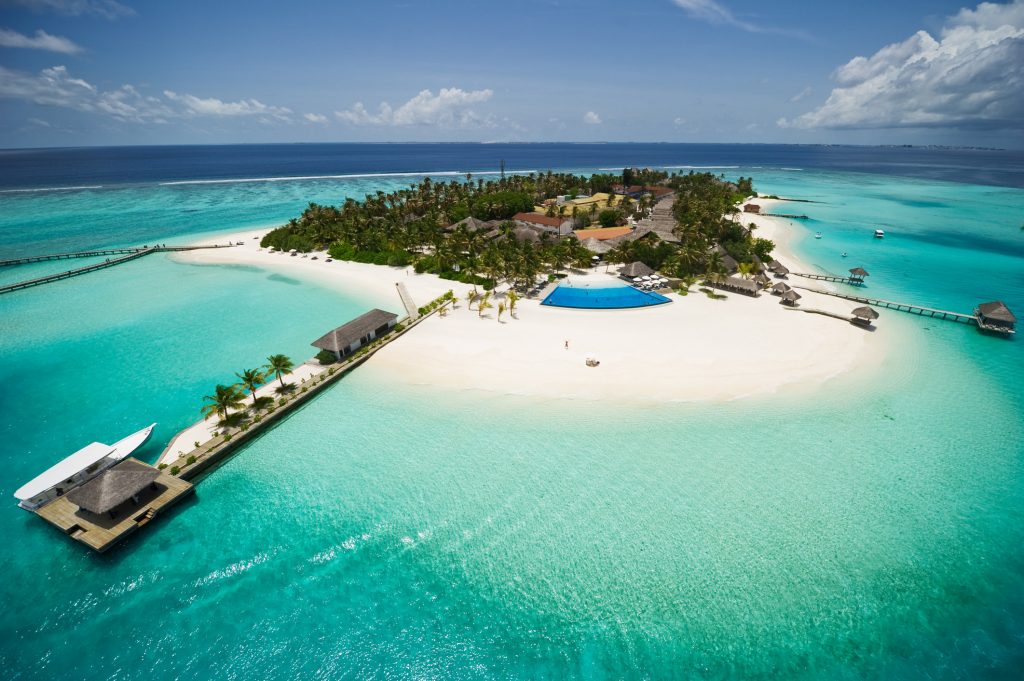 Known as The Valley of the Moon in Arabic, Wadi Rum is located in southern Jordan and has served as a film location for many movies apart from Star Wars. You may recognize is as the Martian surface in The Martian. Fans of Rogue One: A Star Wars Story can visit the desert of Jedha when they come to Wadi Rum and while you’re there, be sure to look for the “Seven Pillars of Wisdom,” a curious rock formation, as well as the petroglyphs made by the Thamud civilization from the 8th century BCE. 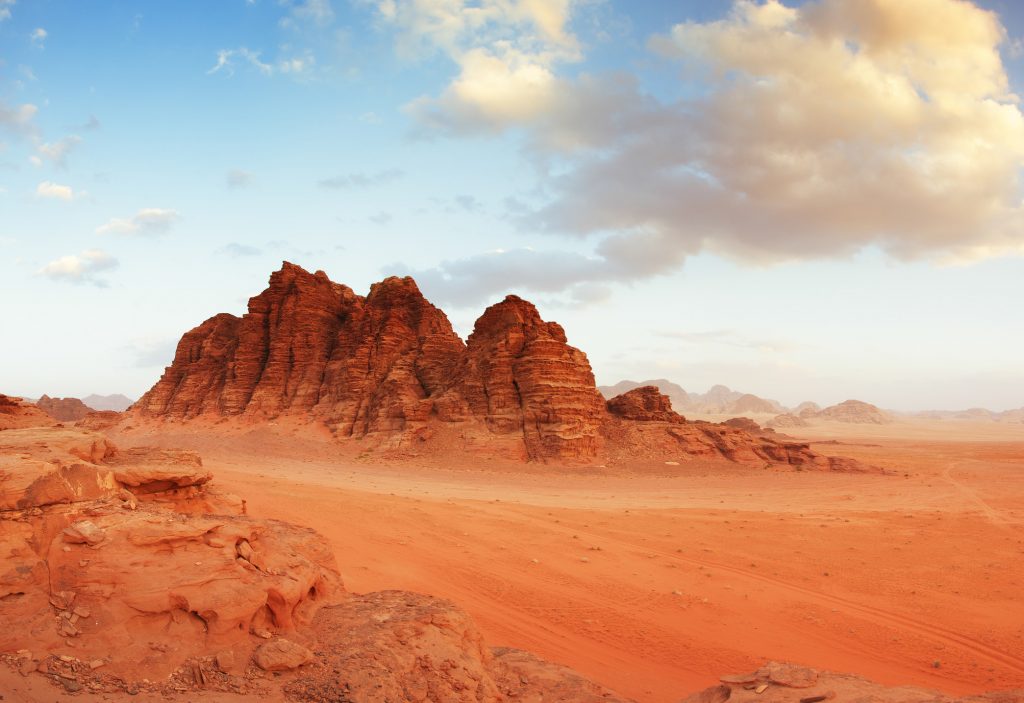 Though featured in other films, Wadi Rum became the surface of the planet Jedha in Rogue One. Photo: iStock