By marketingJanuary 10, 2017On Location, Travel

Ever wanted to step into the world of Game of Thrones? You can when you visit Morocco! Our “On-Location” series focuses on famous film locations around the world that YOU can visit. This week’s blog covers Aït Ben Haddou, also known as Ksar Ben Haddou, a UNESCO World Heritage site. This site has been in over a dozen films and it’s one of the most incredible examples of Moroccan architecture in the country.

If you’re one of the millions of people who’ve watched HBO’s Game of Thrones, you’ll recognize Aït Ben Haddou as the city of “Yunkai.” Watch Ridley Scott’s masterpiece Kingdom of Heaven and you may be surprised to learn that the city of Jerusalem is actually this famous Moroccan fort. Once you’ve visited Marrakech and Casablanca, be sure to make time for Aït Ben Haddou 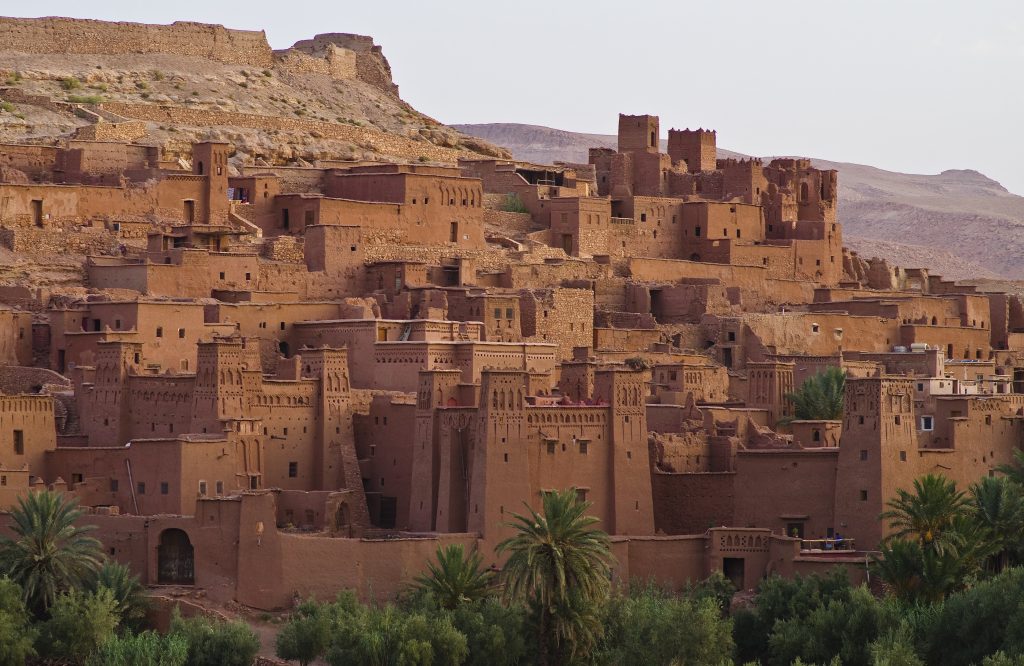 Only a half hour car ride from Ouarzazate brings you to this famous red-colored fort. Nestled in the foothills of the High Atlas, this famous “ksar” or castle, houses an elaborate complex of houses and other buildings. No one is quite sure how old it is, though one estimate puts the date of establishment at 757 CE.

Aït Ben Haddou was built along the former caravan route between the Sahara and Marrakech. Inside this compound, you’ll find the living structures are crowded together with other communal living areas including a mosque, public square, grain threshing area, two cemeteries, and a sanctuary of Saint Ali.

Movies and TV shows filmed at Aït Ben Haddou include:

Tours of Aït Ben Haddou are available and if you visit nothing else in Morocco, you should visit this fortress. Not only is it a beautiful example of Moroccan architecture, it offers an astonishing view of the nearby mountains and surrounding area.

Stay tuned for more famous movie locations you can visit.