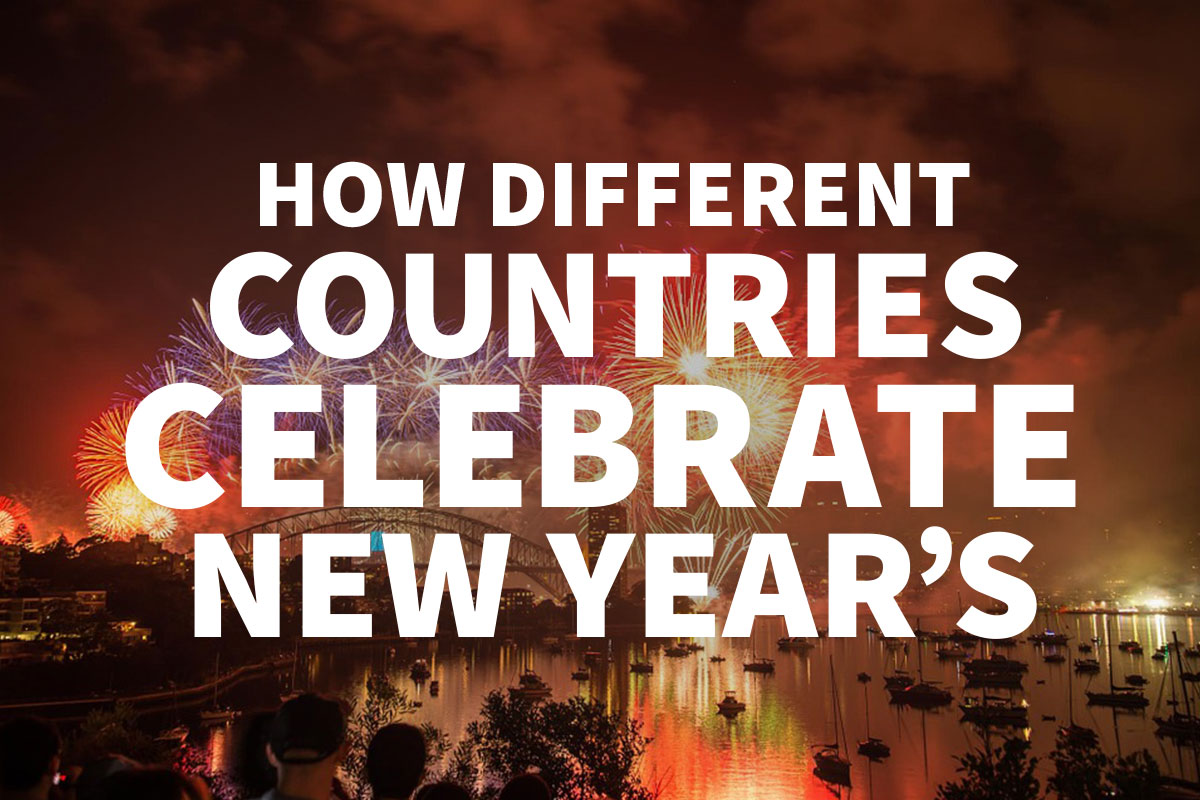 As if you needed another reason to hit the beaches of Rio, the celebration of Réveillion happens every New Year’s. Copacobana is one of the most famous Réveillion celebrations. You’ll experience the dancing and vivaciousness that Brazil is known for plus a New Year’s Eve tradition from Afro-Brazilian culture. Aside from the frivolity, many locals toss flowers and floating candles into the sea as offerings to the goddess, Iemanjá.

It’s traditional to wear white, the color of peace, and after the clock strikes midnight, guests perform the traditional wave-jumping. Participants wait for the rolling tide and jump over seven waves. There is a catch: one must not turn away from the ocean after jumping the waves or they will anger the goddess.

Yes, the flight to Australia is long – like fourteen hours long. But the warm weather and even warmer hospitality is worth it! Sydney has the honor of being the first major city to celebrate the New Year. How do they celebrate? With the largest fireworks display in the world! The explosives are launched from Sydney Harbor Bridge, just behind the Sydney Opera House.

Hong Kong Does Their Own Version of Times Square

China invented fireworks way back in the Tang dynasty. After almost two thousand years, they’ve had time to perfect the technology. While it’s not as large as the Sydney fireworks display, it’s certainly worth seeing. The pyrotechnics show lasts for eight minutes and a replica of the Times Square Ball drops at midnight.

Gather with the other 10,000 plus revelers on the V & A (Victoria and Albert) Waterfront. The annual New Year’s Eve bash has four entertainment zones. The 2016-2017 themes were: earth, wind, fire, and water. Additionally, the “Kaapse Klopse,” “Cape Carnival,” takes place on the 2nd of January.

New Year’s in Japan is a Time for Cleaning

One tradition, very similar to the Western Christmas tree, is the placing of the “kadomatsu” or “gate pine.” These traditional New Year’s decorations are placed in pairs in front of homes to welcome ancestral spirits. Kadomatsu are placed outside the home from Christmas to January 7th. Afterwards, the trees are burned to release the kami or “spirit” held within them. Additionally, on “Omisoka,” the Japanese expression for New Year’s Eve, many families welcome the new year by thoroughly cleaning the house with a “big cleaning” called “osoji.”

New Year’s in Scotland is a big deal – and that’s putting it lightly. Celebrations for New Year’s last three days during which time there are traditional celebrations of music, dancing, and storytelling called “ceilidh” hosted in many cities and towns. New Year’s Eve in Scotland is called “Hogmanay.” This tradition comes from the Vikings.

On Hogmanay, tradition dictates that after midnight, there is a “first-footing.” This deals with the first person to cross the threshold of the home, bringing symbolic gifts with them like coal, whiskey, and black bun. Usually tall, dark men are the preferred person to perform first-foot. Also on this day, revelers gather in city centers, especially in Edinburgh’s Old Town, to join hands and sing the traditional “Auld Lang Syne,” which translates to “times long past.”