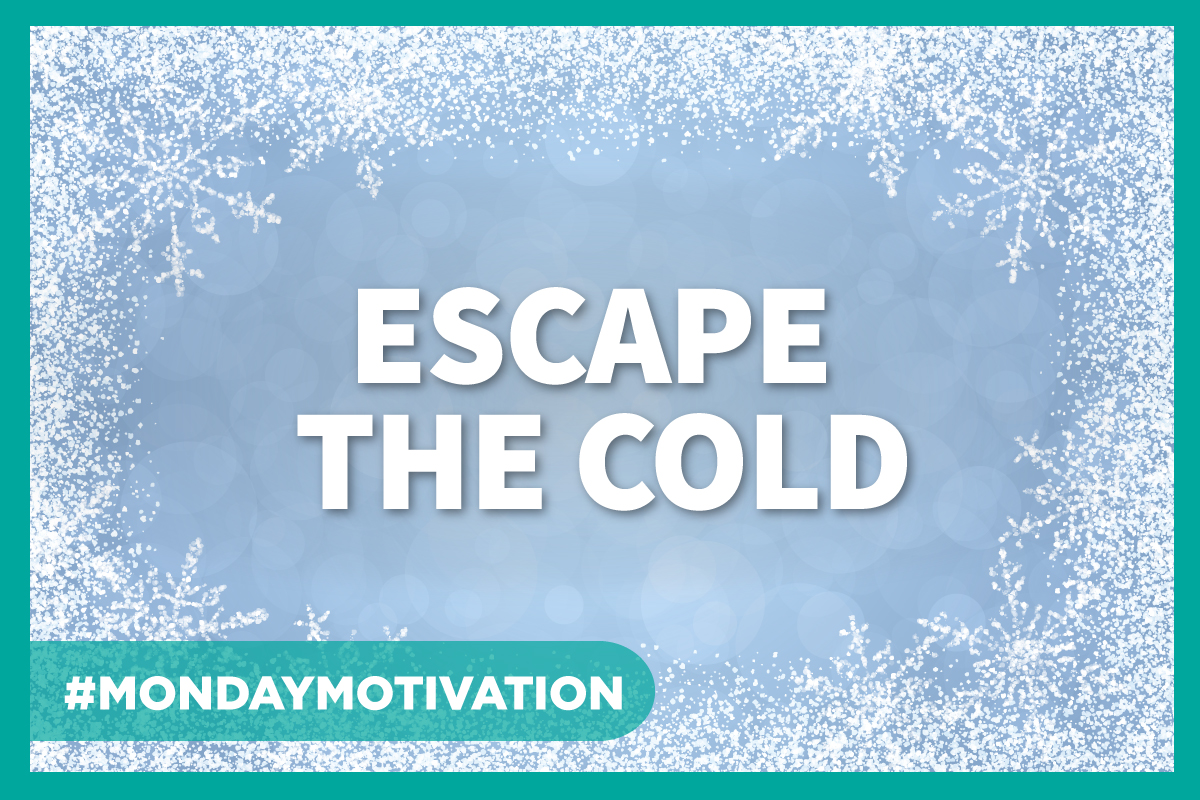 Winter is coming, and for those in the northern United States, the cold arrived in November. Because we can’t get away with hibernating in our rooms during the proceeding months, our next option is to seek warmer pastures. This week’s #MondayMotivation lends ideas on where those pastures are, from India to the world’s most secluded islands, and very far away from the cold.

Where to Go to Escape the Cold 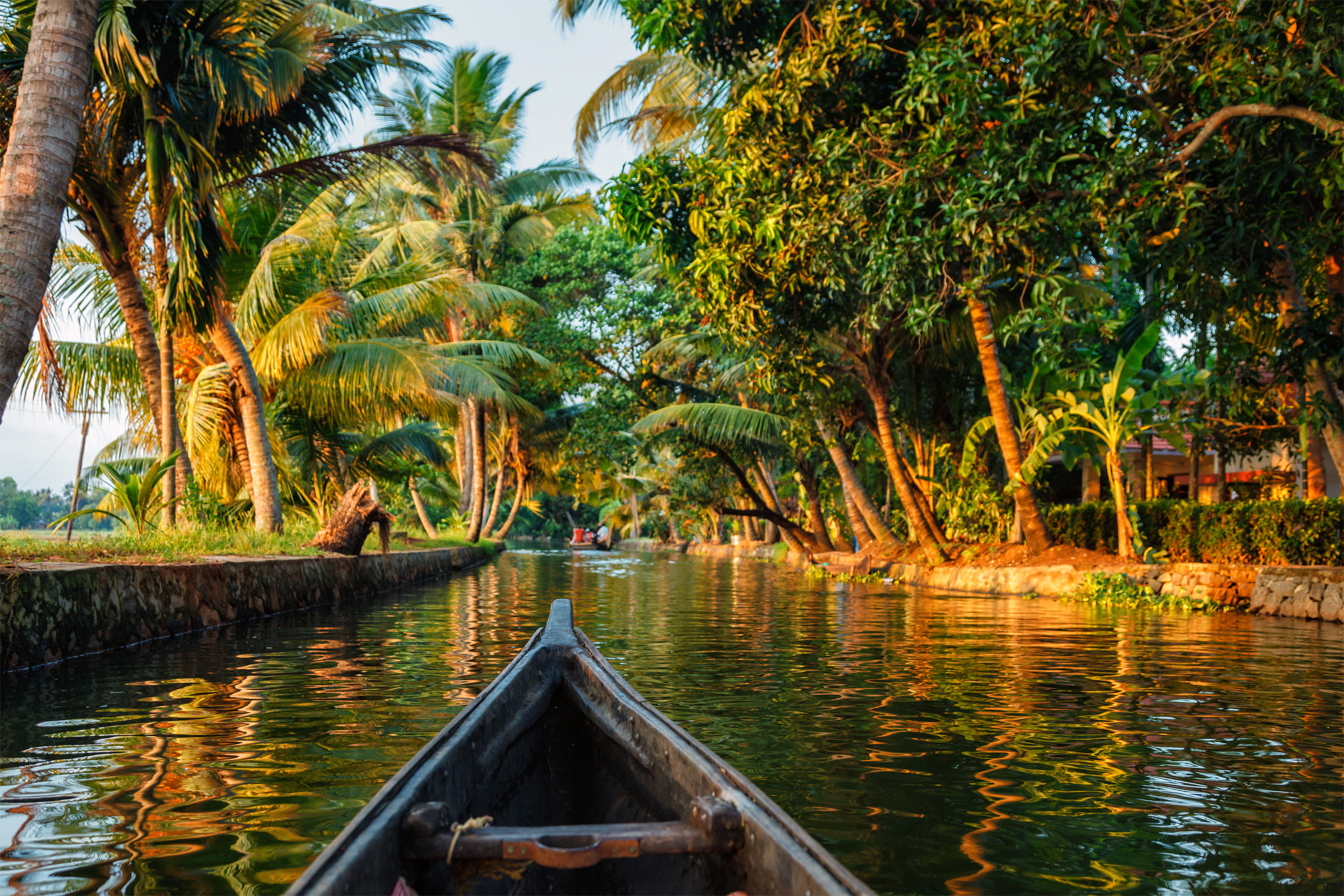 Kerela’s backwaters are a network of canals connecting to lakes. A boat trip through them is an excellent way to see Kerela’s beauty beyond its beaches.

The Malabar Coast lines the Indian state of Kerala. The average high from December to March is 89 F and the lowest temperatures don’t dip below 70 F. The entirety of the state’s south side is lined by 590 kilometers (370 miles) of beaches. In addition, a boat ride through Kerala’s backwaters reveals a land of vibrant green jungle, mountains, secret lagoons, and a serene landscape that makes one think, “Am I really in India?”

Indeed, the reduction of bustle is a shocking relief compared to what one would experience in Mumbai (one of India’s most visited cities). Because India’s most popular tourist destinations are also the most populous, people don’t consider it when brainstorming a beach escape. That’s exactly why Kerala is attractive to travelers. Serenity can be found at the less crowded Varkala and Marari beaches. In contrast, those looking for more action will find more developed beaches and water activities in Kovalam. If you’re seeking history and architecture, Kochi is Kerala’s #1 port city and harbors scads of synagogues, mosques, churches, and temples. Wherever you go, one thing remains constant: it’s warm!

The Colombian city of Cartagena has so much to do at average 80 F temperatures! That being said, there are more ways to enjoy the warm weather than lounging on the beaches. Cartagena’s historical Walled City (aka Old City) is where most stay because accommodations are nearby a lot of attractions. It’s also the location of the Cartagena International Music Festival (happening January 4 – 12, 2020). The less touristy and more artsy neighborhood is Getsemani, south of the Walled City at the beginning of a slim peninsula. Getsemani is colored with murals, sculptures, and vibrant buildings that contribute to its adored art scene.

As for beaches, Cartagena isn’t lacking them. Now that hundreds of years’ worth of vulnerability to pirate attacks are behind it, the Bocagrande neighborhood and the Islas del Rosario are very inviting to beach bums and watersports. There’s something about swimming in comfortable Caribbean waters – knowing others are shoveling snow from their driveways – that makes the dive extra enjoyable. 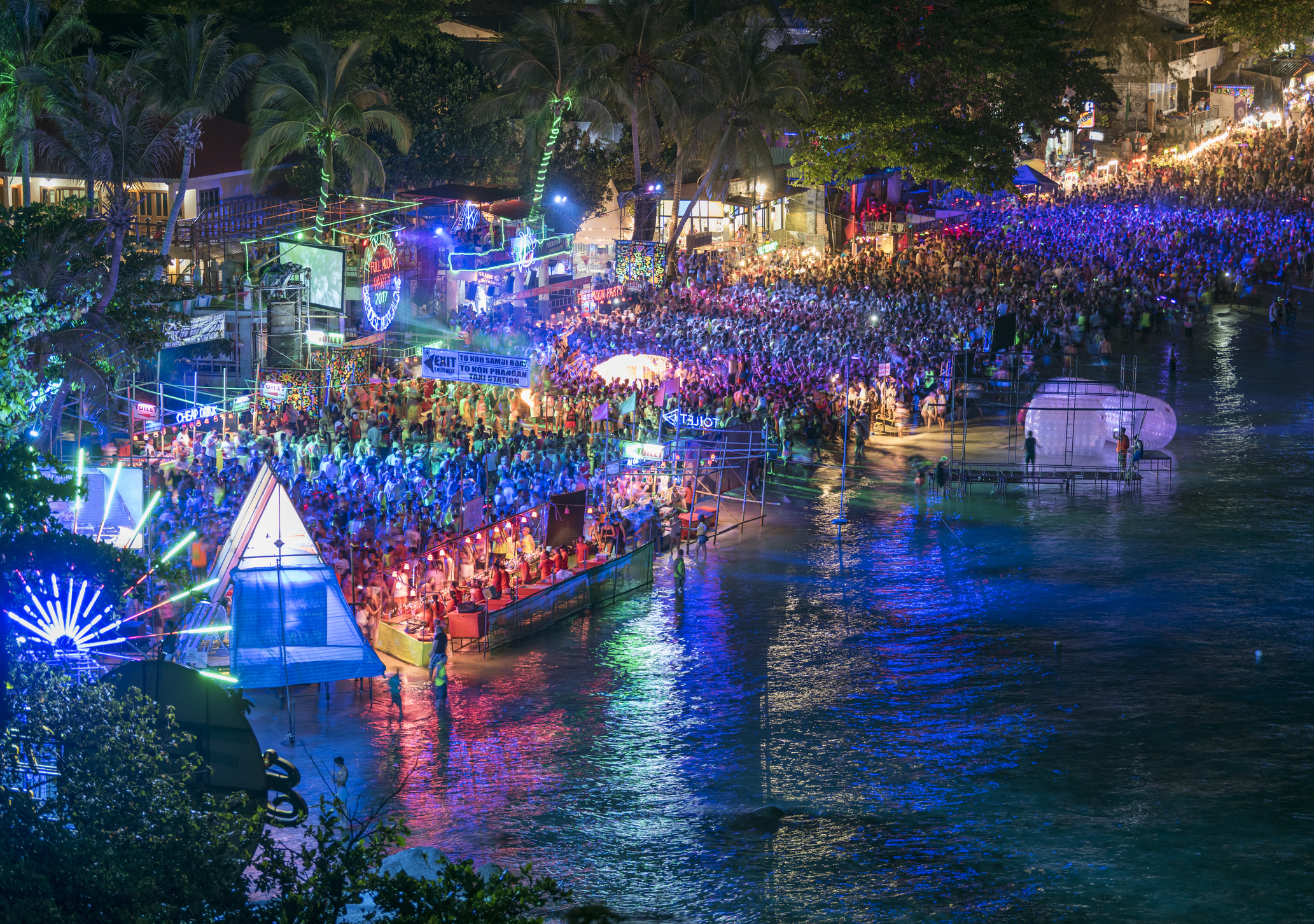 Thailand is a magical place where there’s no “warm season” or “cold season”. There’s just an average temperature that floats around 86 F. That’s not to say Thailand is void of seasons. Hot, wet, and cool are the three official seasons. Even so, the cool season (generally November – February) doesn’t drop below 60 F; no need to pack your snow boots. That’s “shorts weather” in some Midwestern states. Still, temperatures can go from comfortably warm to debilitating hot March – May.

Thailand’s dry season is the best time to visit its wealth of beaches. Ivory sand, turquoise waters, and prismatic sunrises/sunsets make Thailand’s beaches some of the most beautiful in the world. Phuket is a mountainous island that tourists love. Ko Chang is a less-visited island on the other side of the gulf, near Thailand’s opposite border. It’s been a little over 20 years since the island has been open to tourism, making it less crowded than others. If you’re looking for crowds, head to Koh Phangan. The island is a diagonal “hop” across the Gulf of Thailand and is the site of the monthly, inclusive “Full Moon Party” (next one occurs December 11, 2019). Look into Thailand’s affordable island hopping packages to see the most on your trip.

French Polynesia’s collection of dreamy islands are some of the most secluded places you can escape to.

If you’re escaping the cold on a luxury budget, splurge for French Polynesia. Of the 118 islands floating in the middle of the Pacific Ocean, only 67 are inhabited and all average a temperature around 80 F. Trust us, the cold will never find you here.

French Polynesia’s spread of islands is almost as big as all of Europe. Choosing which islands to visit is really the only stress you’ll experience here. The good news is, none of these islands will disappoint. Tahiti is the most populated island, which is perfect for travelers who look forward to mingling with locals. Bora Bora is also stunning and receives many visitors who are looking for a luxurious or romantic island getaway. The Marquesas Islands are considered the secluded islands of the already secluded French Polynesia. Hiva Oa and Nuku Hiva islands have a remoteness that make you feel as if you’re the one who discovered a secret paradise. Rangiroa and Fakarava islands are great for scuba diving and snorkeling adventures. There are many opportunities to interact with sea life in French Polynesia, from feeding sharks to meeting dolphins to witnessing the area’s sacred blue-eyed eels.

French is the official language, here, so it’s good to brush up on it as you won’t find as many English-speakers as you would in Europe. However, a language barrier doesn’t end up resulting in trouble because French Polynesians are so friendly. Like we suggested in Thailand, look at purchasing an island hopping pass to see more than one island in this epic treasure trove.

Among the islands and warm spots we mentioned, there are so many more! This is where calling Jaya Travel can help. Global experts can guide you to the places that will fit your interests and budget. Plus, your Jaya agent can point out extras we haven’t mentioned. Call Jaya to book your escape from winter today!