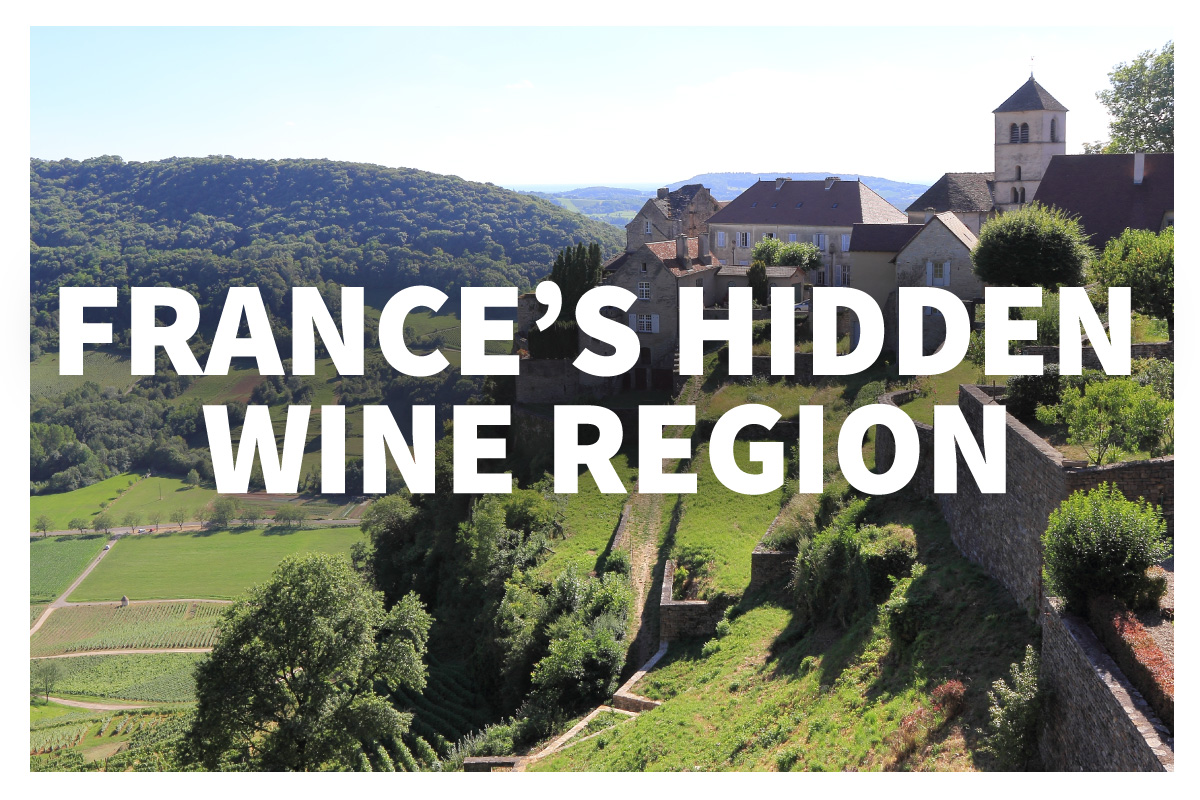 Jura, France is perhaps best known for its gorgeous mountains and lakes. But among these rolling hills and soaring peaks are vineyards and wineries nurtured by deeply rural and traditional practices. While Jura is particularly famous for its creation of Vin Jaune (yellow wine), it offers an impressive variety of wines, especially for such a small area. Jura’s long winters, modest size, and remote location have kept this gem off the beaten path, ensuring that its unique and historic winemaking styles remain intact. If you’re thinking about exploring this beautiful French wine region be sure to check out these wine appellations!

This small town is considered the wine capital of Jura and lends its name to the largest producing appellation for red, white, and rose wines in the region (70% of Jura’s red wine comes from Arbois!). When visiting make sure to check out the small village of Pupillin, the highlight of the appellation, known for its quality wines and vibrant vineyards. Vins de Paille, a raisin wine made by allowing grapes to dry on straw mats before fermenting, is especially popular here. 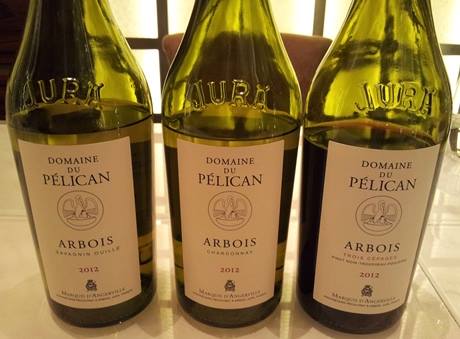 Likely the most unique of all the appellations, Macvin de Jura makes up just a tiny percentage of the region’s total production; however, it makes its mark with the unique Vin de Liqueur. This wine ages in oak barrels for 12 months. Afterwards, eau-de-vie, often known as fruit brandy, is added to stop the fermentation process. This creates residual sugar, giving it a sweet dessert flavor with notes of rich aromatic dried fruit. The production process dates back more than six centuries!

This appellation specifically focuses on the regionally famous Vin Jaune wine. Its name derives from a hilltop village – considered one of the most beautiful in France. Château-Chalon’s Vin Jaune is made exclusively from late-harvest Savagnin grapes and aged for at least six years. The appellation is so particular about its wine standards that if there is a poor harvest they refuse to produce wine. Vin Jaune has a unique flavor, containing notes of curry, nuts, and even roasted tobacco!

A tiny appellation in the center of Jura made up of four communes, L’Étoile only produces white wine. Its name, L’Étoile, means “the star” and comes from the star-shaped fossils found beneath the ground surface. These fossils are the result of the area’s mineral rich soil which makes it perfect for producing white wine. The light and fresh quality of the Vin Juane is what sets this appellation apart. However, due to its small size few of its products are rarely seen outside of France.

This is Jura’s largest wine appellation and is second in production behind Arbois. It is also the farthest south. Made up of over 100 communes with ideal mineral rich bedrock and alternating top soils, this area provides an impressive variety of wine. Its size and diversity allows it to encompass parts of all the other appellations. As a result, it often proudly representing the Jura wine region as a whole.

Primarily a white wine appellation, Crémant du Jura is one of the youngest in the region. It was not officially established until 1995. Before embracing its own identity, it was divided up among various other appellations. Recently, however, its official independence has been rapidly growing. In particular, it’s famous for sparkling wine, which this area has produced since the 18th century. Crémant du Jura’s white wine is a minimum of 50% Chardonnay and includes the famous Savagnin grapes.