Free Things to Do in Cochin 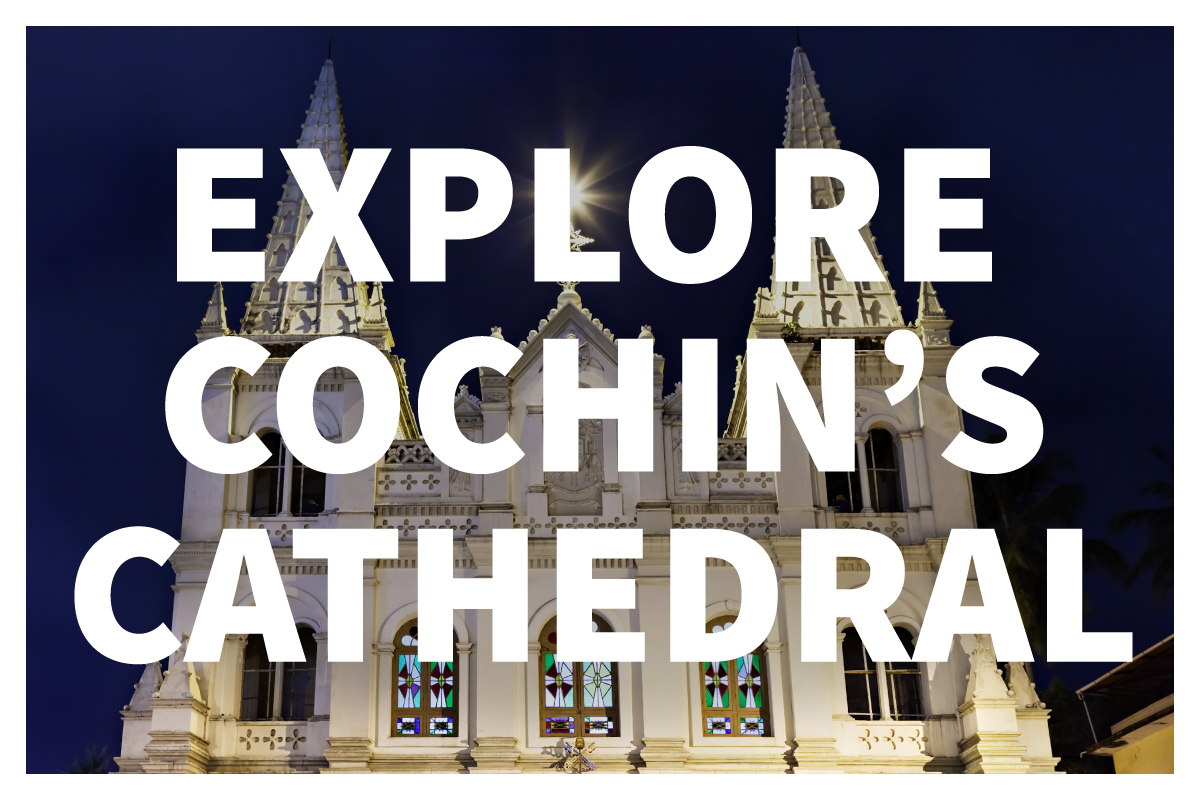 Happy Free Friday! We’re always on the lookout for free things you can do while traveling. Have you ever been to Santa Cruz Basilica in Cochin? It’s one of eight basilicas in the region and is packed with history.

When you think about the colonial history of India, your first thought is probably of the British. However, there’s more to the story than the Brits. The Portuguese arrived hundreds of years earlier and it was they who created the legacy that would become the basilica you see today.

In the early 1500s, the Portuguese Viceroy was granted permission by the Raja to construct a church using stone. It may seem inconsequential today, but at the time, this was a break from tradition. At this time, building materials like stone were typically reserved for the construction of palaces and temples.

In 1663, the Dutch conquered the city of Cochin and razed every Catholic building except for the St. Francis Church and the Santa Cruz Cathedral. A little over one hundred years later, the British invaded and this time the cathedral did not escape unscathed. This impressive building that had stood for nearly three hundred years was dismantled. You may be wondering how you can visit the structure today if it was destroyed. Don’t worry – we’re getting to that 😉

One of the original pillars from the cathedral was found and used when, in the late 19th century, it was decided the cathedral would be rebuilt. After several decades of construction, the rebuilt Santa Cruz Cathedral opened in 1902.

In 1984, Pope John Paul II elevated the cathedral’s status to basilica. In 2004, the cathedral was able to celebrate both its history and its 500-year anniversary. 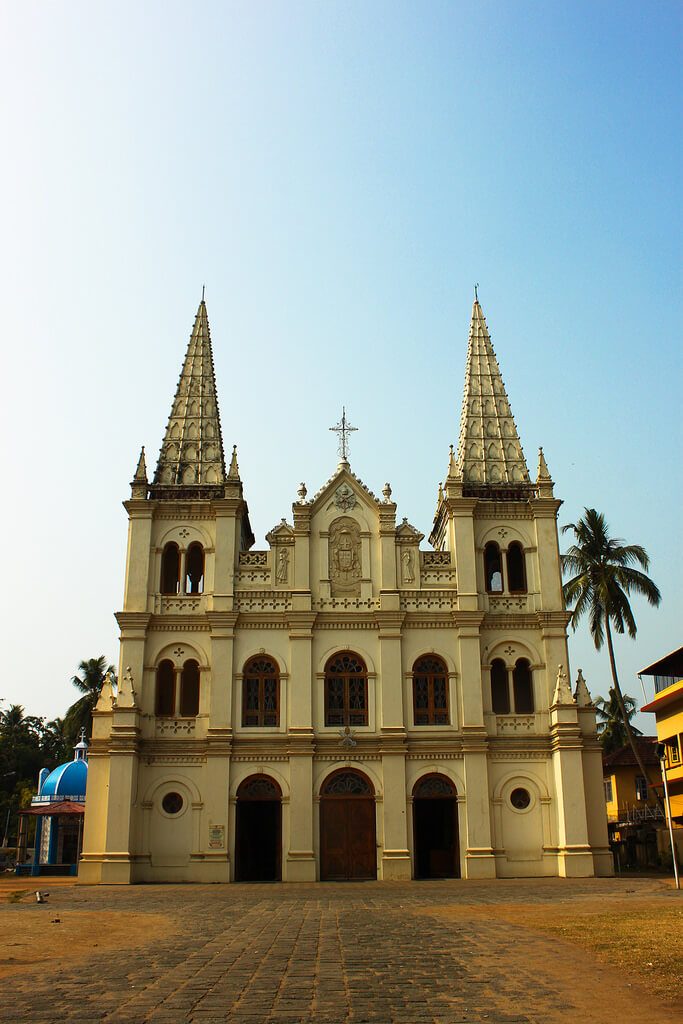 You’ll notice the many Gothic elements to the building from the vaulted ceilings to the pointed towers. The main altar was painted by Italian artists Antonio Moscheni and De Gama of Mangalore. Along the walls, there are many frescoes, murals, seven large paintings, and stained glass windows. When you visit, make sure to check the schedule as the basilica is closed during certain times for mass and other prayer services. 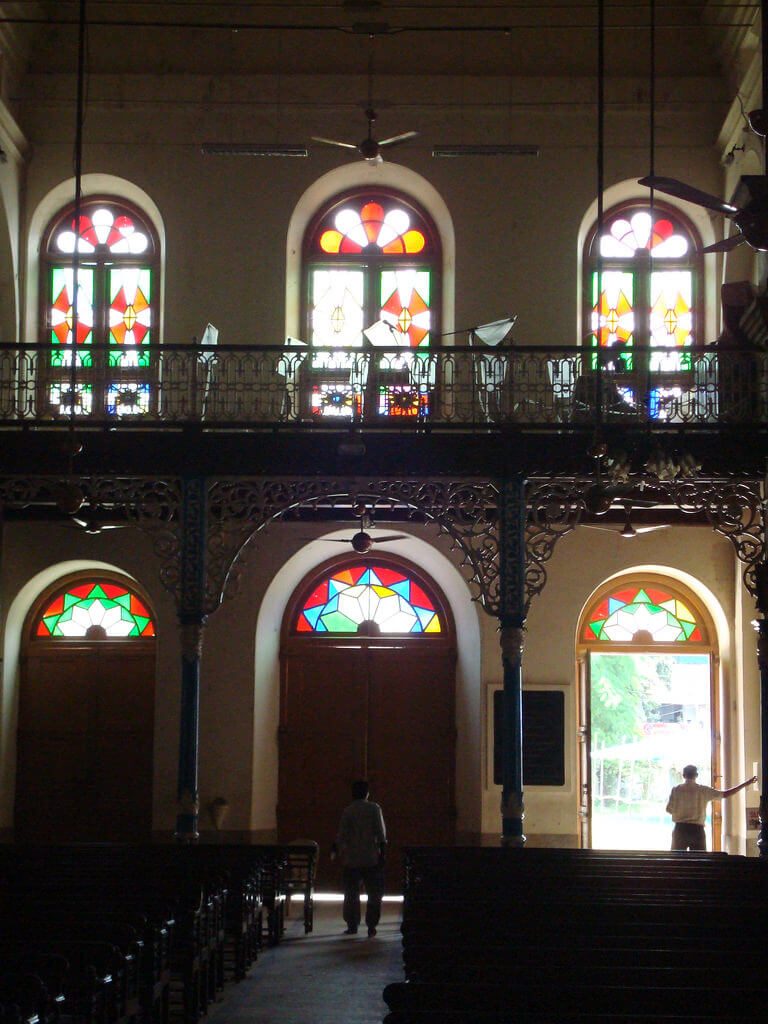 The interior of Santa Cruz enjoys a nice glow from its stained glass windows. Photo: © nborun/Flickr.