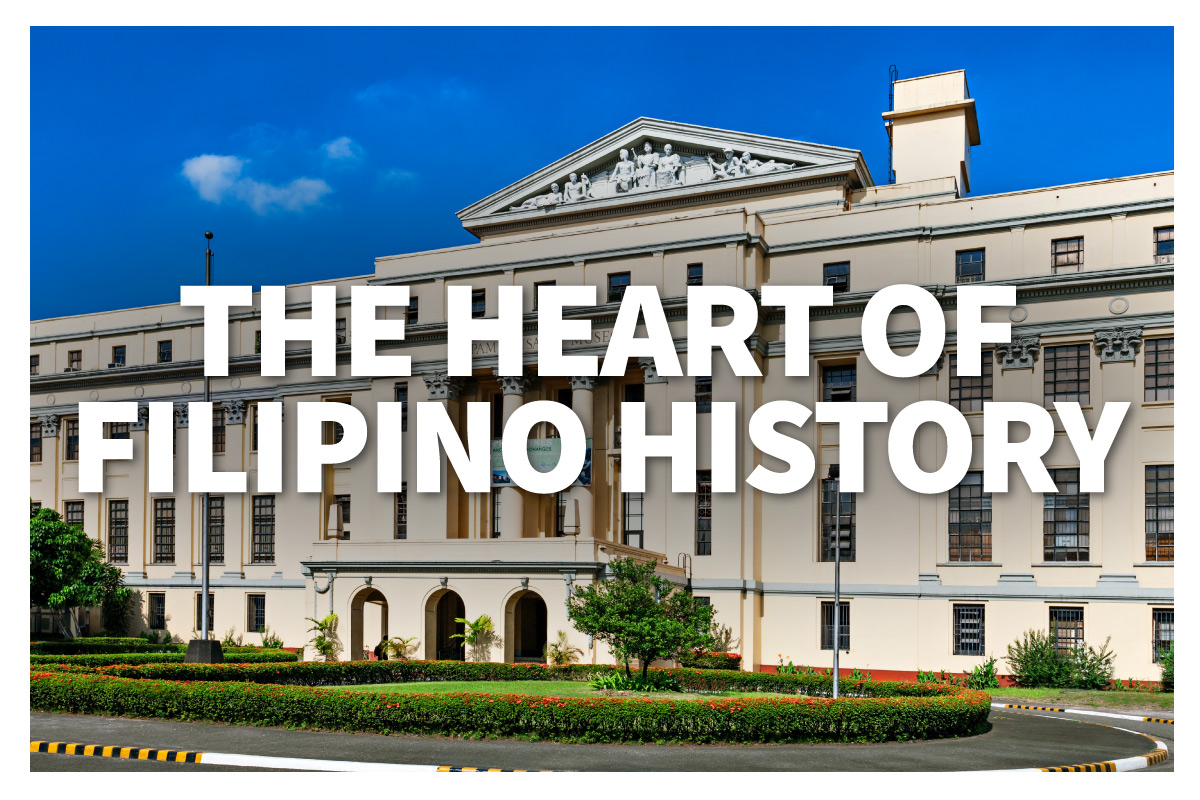 Happy Free Friday! This series highlights interesting place to explore across the globe. And as the title suggests, they’re all free! Today, we’ll show you the fascinating history of the Philippines via the National Museum in Manila.

Brief History of the Philippines

Humans first arrived in the islands that would become the Philippines about 67,000 years ago. For millennia, the region consisted of small maritime states. These communities traded with the local cultures that make up today’s modern nations of China, Japan, India, Thailand, Vietnam, and Indonesia.

Europeans from Spain first arrived in 1521 and started the long period of colonialism. It was the Spanish conquerors who coined the name “Philippines.” The Spanish explorer Ruy Lopez de Villalobos named the territory “Islas Filipinas” after Philip II of Spain.

The islands remained under Spanish rule until 1898. After their defeat in the Spanish-American War, Spain relinquished the Philippines to American control. In 1935, a ten year plan laid groundwork for independence. Unfortunately, the Second World War interrupted those plans. Japan occupied the region. Filipinos finally gained independence after the war ended.

Mission of the National Museum of the Philippines

The museum displays over 1,000 pieces of fine art. The pieces include a variety of mediums: paintings, sculptures, icons, sketches, and mixed media. Visitors are treated to an in-depth, visual representation of what life was like throughout the different historical periods from colonialism through the present day.

The archaeology section of the museum showcases the major periods that altered the course of Filipino history. The oldest archaeological artifacts date from 6,000-45,000 years ago and mostly feature primitive stone age tools. Metal pieces from, well, the Metal Age (2,000 BCE – 1,000 CE) demonstrate how the introduction of metal tools affected the culture of the Philippines. Thirdly, the period around 1,000 CE, when the Philippines came into contact with other Asian cultures, is known for its ceramic ware. Make sure to keep an eye out for these exquisite pieces which are the highlight of the collection.

The ethnography collection is home to everyday, functional items like clothing, regalia, armor, weapons, baskets, musical instruments, and even a grave marker illustrate what life was like throughout different time periods.

Two objects we recommend observing are the Mandaya Basket and the Sama Grave Marker. The basket is black and cream rattan woven into a cylindrical shape. To make it waterproof, a beeswax coating was applied. The contents are betel chew, a common practice in southeast Asian countries where chewing the leaf is a fun habit. 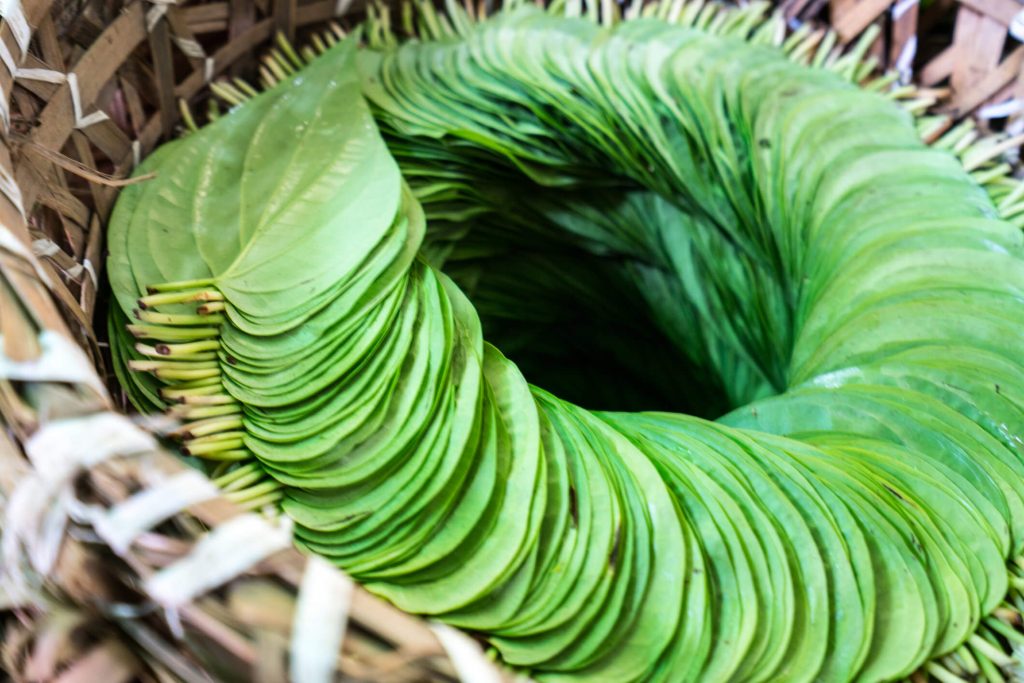 Betel leaves are carefully arranged inside special baskets, like the Mandaya basket on display at the museum. Photo: iStock.

The grave marker is elaborately carved from wood by the seafaring Sama Dilaut people. Though they spend much time on the water, burial practices for the dead are performed on land. The grave marker is cared in a square form and is placed over the dead person’s head and the figures that stick out of the earth are representative of the person’s age and gender. 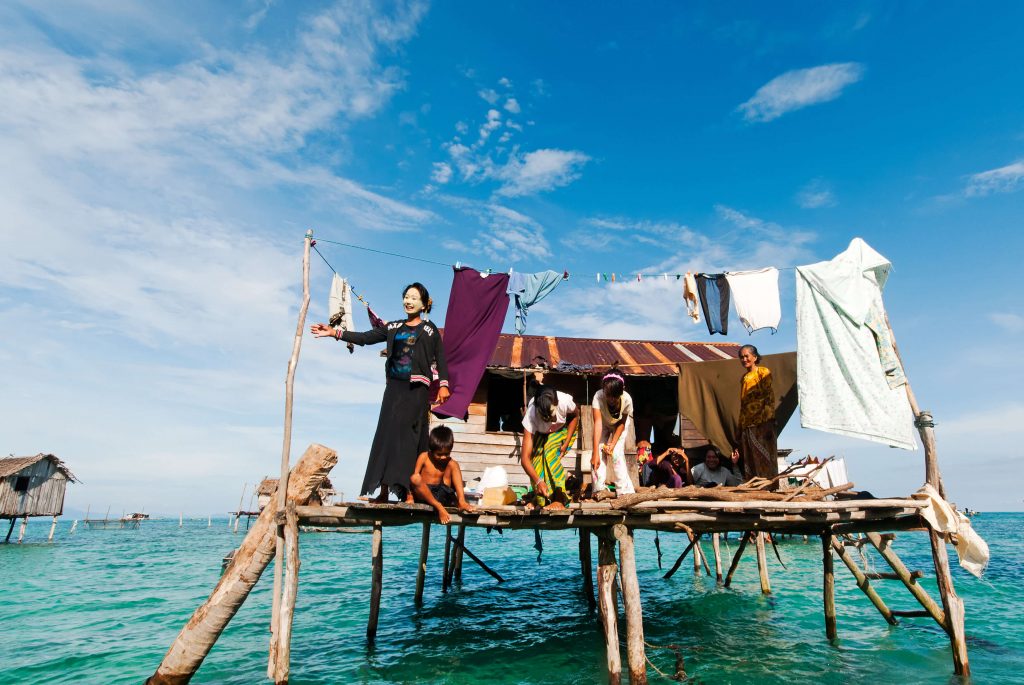 The Sama Dilaut is a unique culture found in the Philippines and Malaysia. They spend most of their time on the water, but bury their dead on land with extravagantly carved wooden headstones. Photo: iStock.

Admission is free, of course!

If you’d like to visit this impressive place on your vacation to Manila, contact Jaya! We’re happy to customize any trip and incorporate an outing to the National Museum of the Philippines. Start your trip with a free quote today!