Happy Free Friday where we tell you about the free fun you can have while roaming the world! Even though it contradicts travel frugality, we’re going to luxurious Dubai to watch a Dubai Fountain show without paying a single dirham.

There isn’t much that can pull attention from Dubai’s towering Burj Khalifa, the world’s tallest structure at 829.8 meters (2,722 ft). That is until the Dubai Fountain begins its performance, shooting water as high as 152.4 meters (500 ft) as it dances a length of 274.32 meters (900 ft). Those are a lot of measurements to keep track of, so don’t. Just grab yourself any spot at the edge of its lake, and enjoy the show. 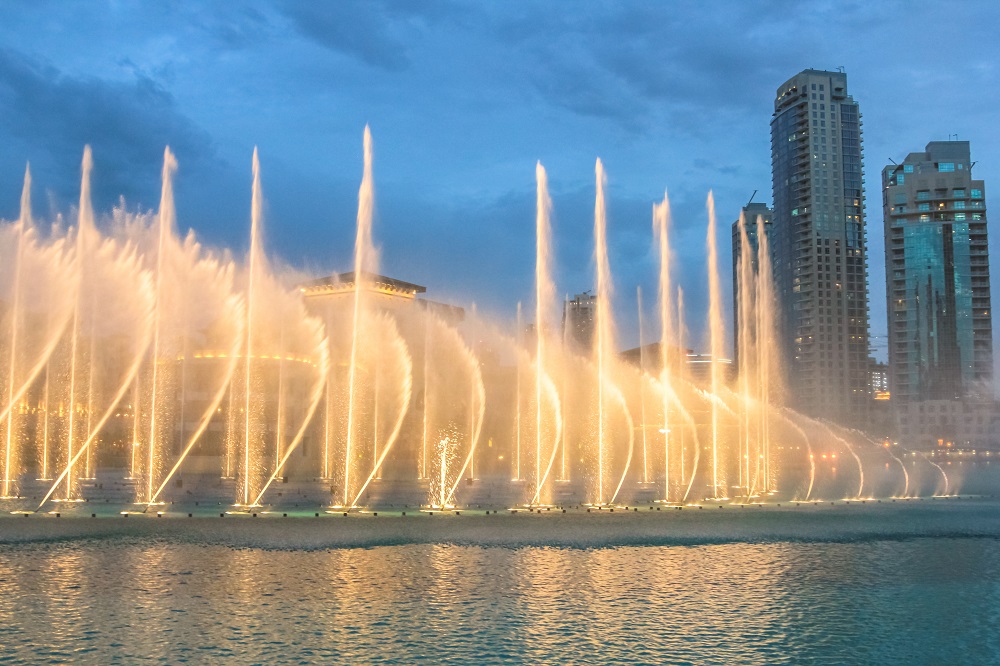 The Dubai Fountain performing a music and light show at dusk.

The Dubai Fountain is situated in turquoise waters at the base of the Burj Khalifa in Downtown Dubai. Its construction began shortly after the Burj Khalifa surpassed its predecessors as the world’s tallest, free-standing structure (and there were still 13 more levels to build). To guarantee the Burj Khalifa earned status as a “can’t miss tourist attraction,” the development company commissioned the group that built the fountains in front of the Las Vegas’ Bellagio Hotel to work their water magic in Dubai. Eighteen months of construction later, the water feature design firm completed what a contest would name the Dubai Fountain. Its inauguration in 2009 was the same day as the opening ceremony of the Dubai Mall­­­—which you should also visit since it’s a nearby neighbor. 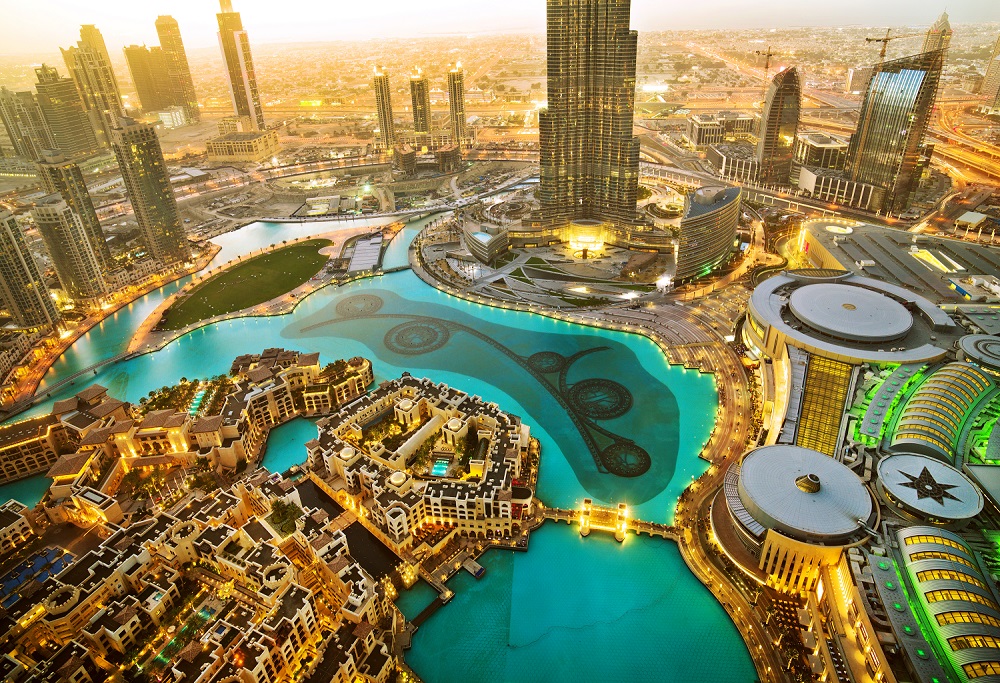 A sky view of the Dubai Fountain’s design in Burj Khalifa Lake.

Varying sizes of 5 water-blasting circles rest against two arcs meeting at the design’s peak before looping in opposite directions of each other. When the fountain begins its evening performance, water emerges from powerful jets and shooters in a sequence flawlessly choreographed to music. The show is enhanced by more than 6,600 lights and 25 color projectors that cast designs on Burj Khalifa’s façade. The resulting captivation and hypnotic state it puts viewers in parallels seeing Old Faithful erupt or watching the Northern Lights dance in the night sky. It’s that cool!

You can catch a Dubai Fountain performance every day of the week, afternoons and evenings. Although it launches an afternoon show weekdays at 1 and 1:30 PM, try to catch a night show to experience the majestic partnership between the lights and the water jets. Evening performances begin at 6 PM, running every 20-30 minutes until 11 PM with a new show each time. The unique design and altering jets make the fountain capable of over 1,000 different dances, so don’t worry about experiencing déjà vu if you catch a few shows in one night. 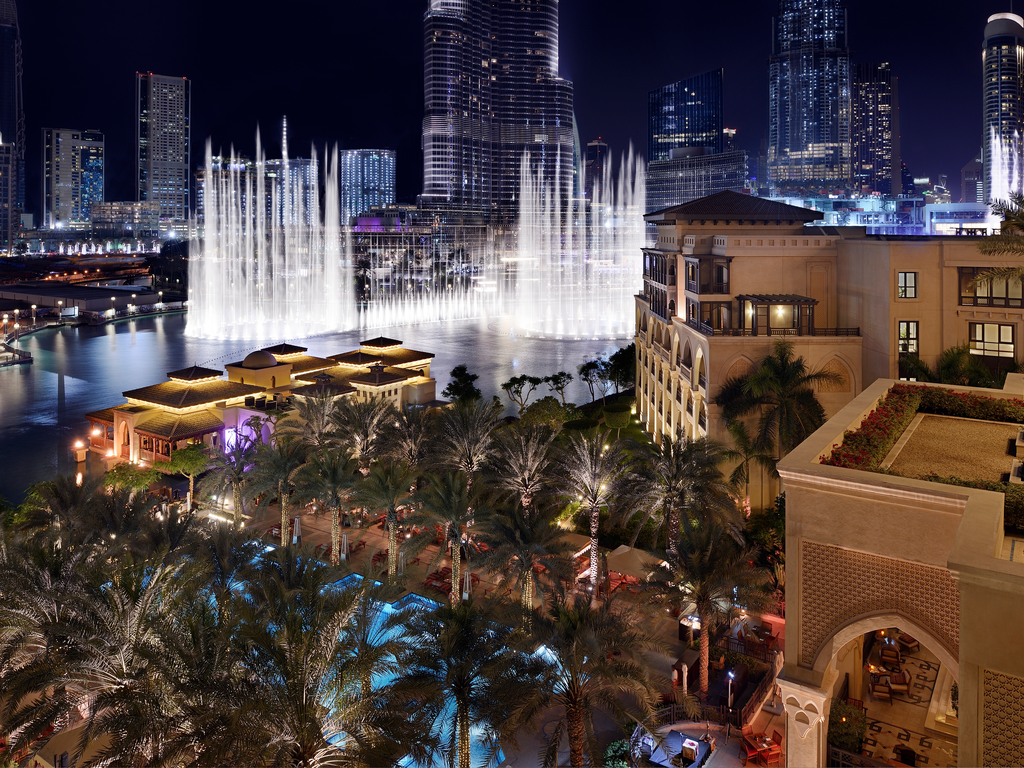 Watch the Dubai Fountain from nearby buildings.

Make the most of your travels by working with a Jaya agent. They’ll be able to incorporate more free activities into your customizable trip package so you don’t miss any leg of the adventure. Call Jaya Travel today!