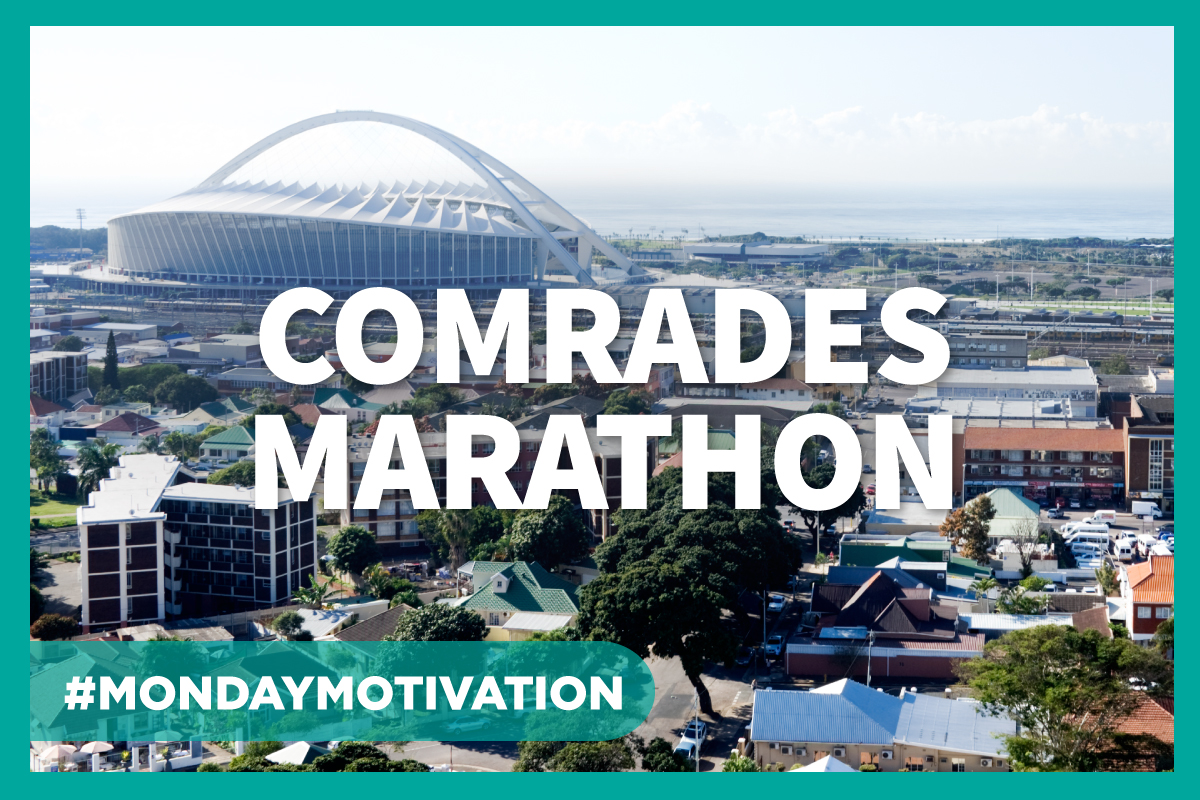 Today’s #MondayMotivation is sparked by an annual event in South Africa known as the Ultimate Human Race. This June, thousands and thousands of people from all over the world will gather at the starting line for the 95th Comrades Ultramarathon.

Comrades is a 90ish-kilometer (56-mile) run between the cities of Pietmaritzburg and Durban, located on South Africa’s eastern edge. We say “-ish” because route modifications due to traffic and construction alter the final distance annually. There’s an African proverb that states, “If you want to go fast, go alone. If you want to go far, go together.” Luckily, 2020’s Comrades entries capped at 27,500 participants. Whether your goal is to run fast or just cross the finish line before the 12-hour deadline, you are guaranteed not to be running alone. 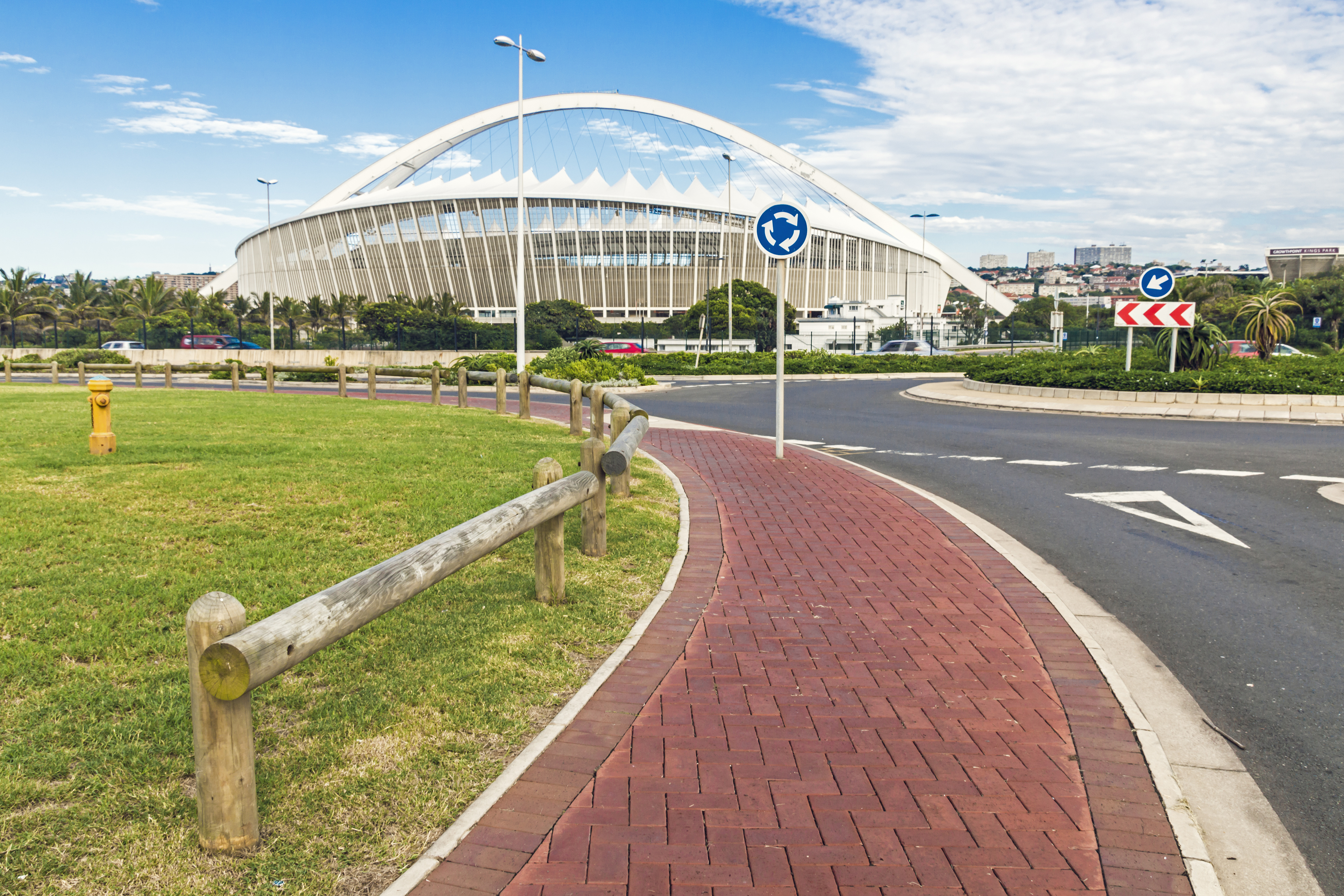 Comrades is the oldest ultramarathon in the world! The first race was held on May 24, 1921 with a total of 48 entries – 34 of which actually attempted to run it. Of the 34 runners, only 16 crossed the finish line. World War I veteran, Vic Clapham, created the race as a “living war memorial” to the soldiers he served with in the 8th South African Infantry. The challenge honored their camaraderie as Clapham and his troop faced suffering, death, and a 2,700-kilometer march.

In turn, the memorial needed to be more than a reminder; it needed to be an endurance test and, according to the race’s constitution, “a celebration of mankind’s spirit over adversity”.

*Race entry was forbidden to black and women runners until 1975. However, that didn’t stop them from running in the years prior. Despite race officials not awarding her a Comrades Finishers medal, Hayward received a silver tea set and rose bowl from other runners and spectators.

The Comrades course alternates between “up” and “down” every year. That’s not to say the course is uphill one year and downhill the next. The up course runs from Durban (sea level) to Pietermaritzburg (650-meter elevation). The down course begins at Pietermaritzburg and ends in Durban. Both ways have hills going up and down, and both include trudging upward to the highest point at 870 meters. The course really validates your grandparents’ stories of having to “walk uphill to school, both ways”.

Speaking of hills, the course is marked by five of them. Those running in the 2020 event will meet them in this order: Polly Shorts, Inchanga, Botha’s Hill, Fields Hill, and Cowie’s Hill. There are scads of differentiating strategies on how to manage these hills, but advice that’s unanimous among all Comrades runners is “take your time!” For runners, that’s another way to say, “Walk if you have to!” 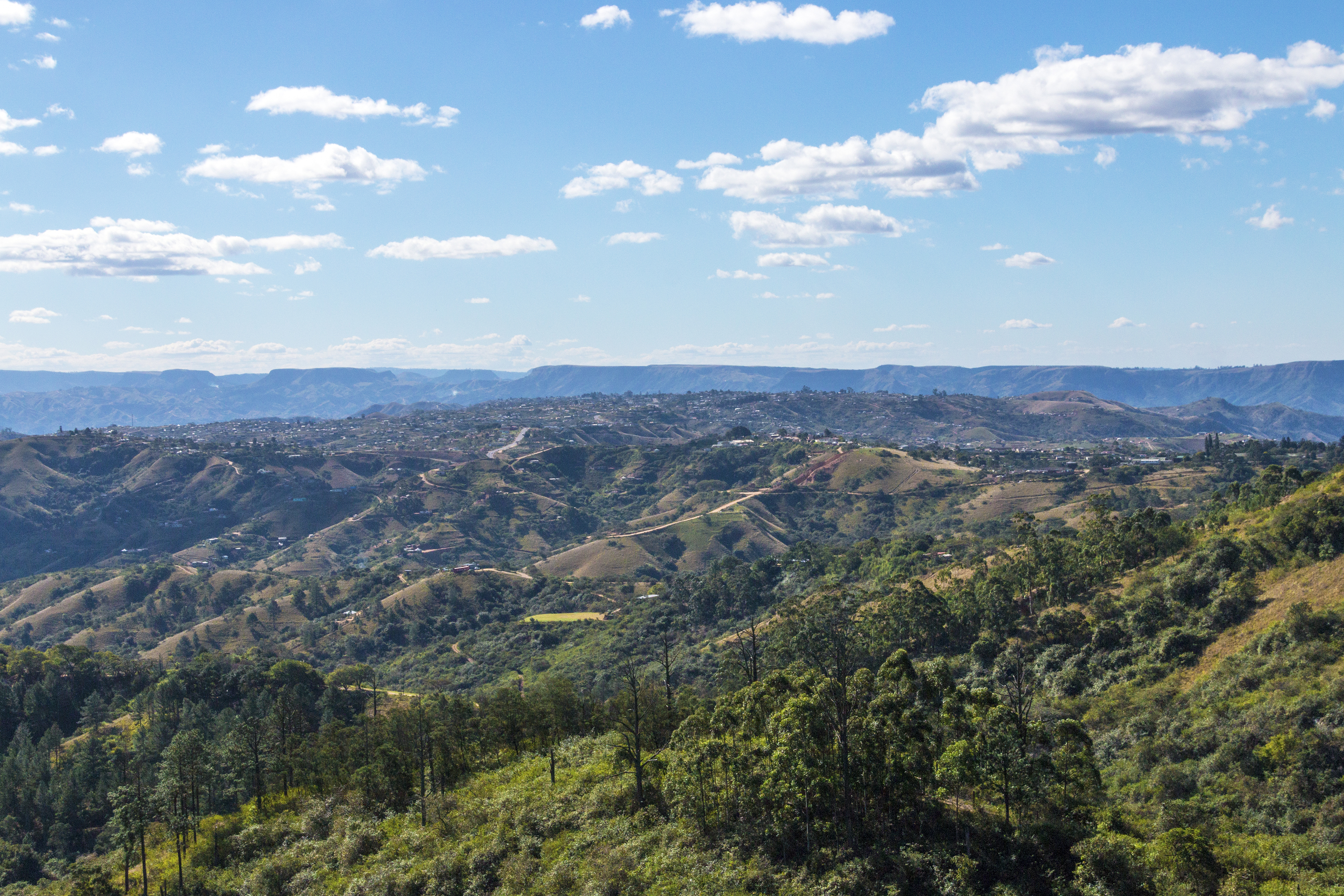 There are five hills on the Comrades course including Bothas Hill, a little less than 60K into the “down” race.

Certainly, we are aware of how unappealing a 90K race in South Africa sounds if you’re not interested in long-distance running. However, you don’t have to be a runner to experience this life-changing, cultural phenomenon. Like witnessing Africa’s Great Migration or an Inti Raymi ceremony in Cusco, the event is inspiring and emotional to all. Those who have participated in Comrades, either as a runner or a spectator, experience camaraderie, selflessness, dedication, perseverance, and humanity (referred to as “Ubuntu” locally) – the characteristics embodied by Comrades. Plus, you get to see South Africa’s beautiful territory populated by contagiously motivating people! 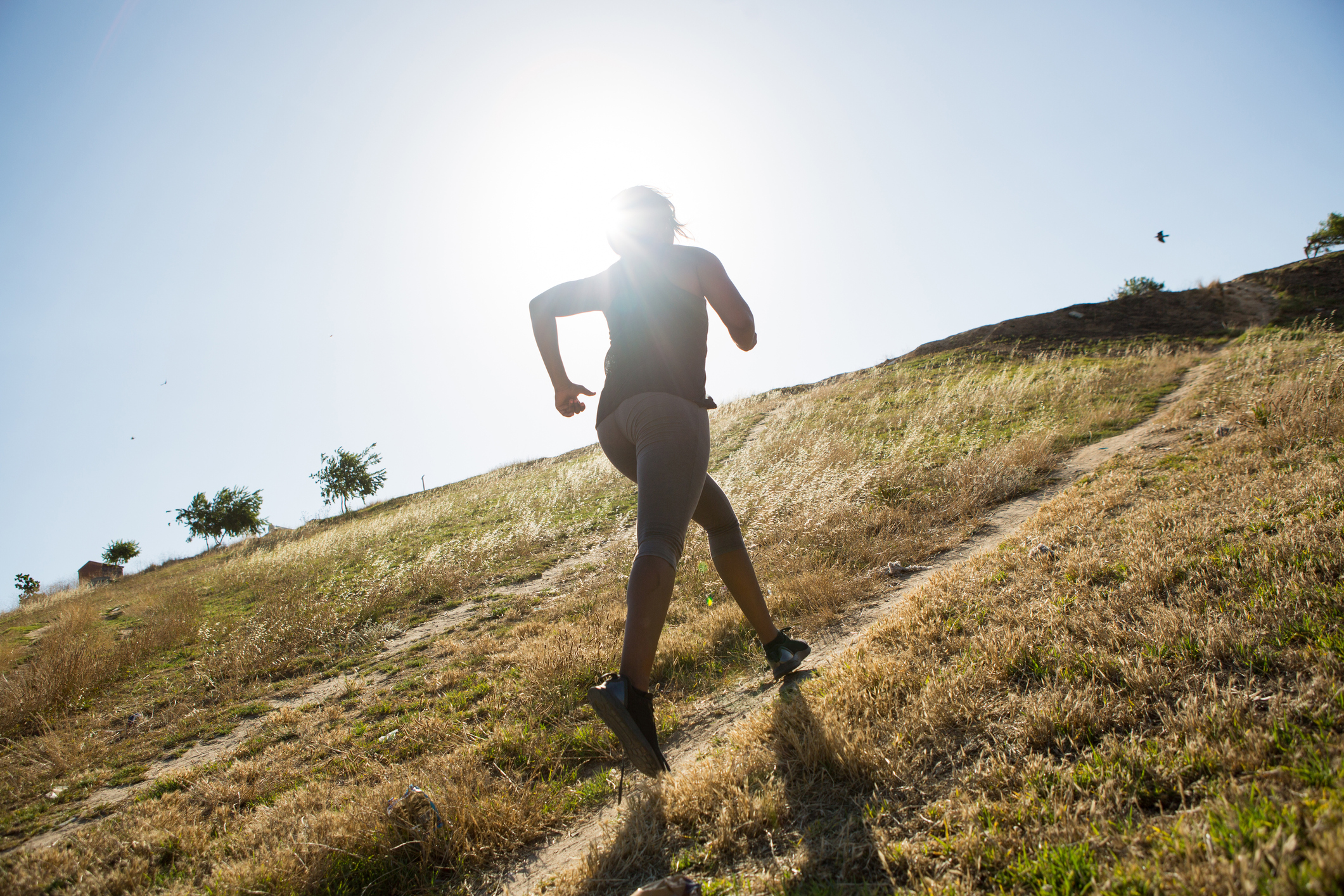 Run to the phone and call your Jaya agent for the best fares to South Africa!

What It Takes to Run

Although registration is closed for Comrades 2020 on June 14, you have tons of time to prepare for 2021’s event. Participants must be age 20 or older, and must have run an officially recognized marathon in under 5 hours. Click here for complete registration details or to learn more about the race. The 2021 event date is unknown, but will be announced on Comrades.com.

When you do sign up for your first Comrades Ultramarathon, share the details with your Jaya agent. They’ll organize flights, lodging, rentals, and whatever else you need so you can focus on training for the Ultimate Human Race.