Boarding Pass: Things to Do in Egypt 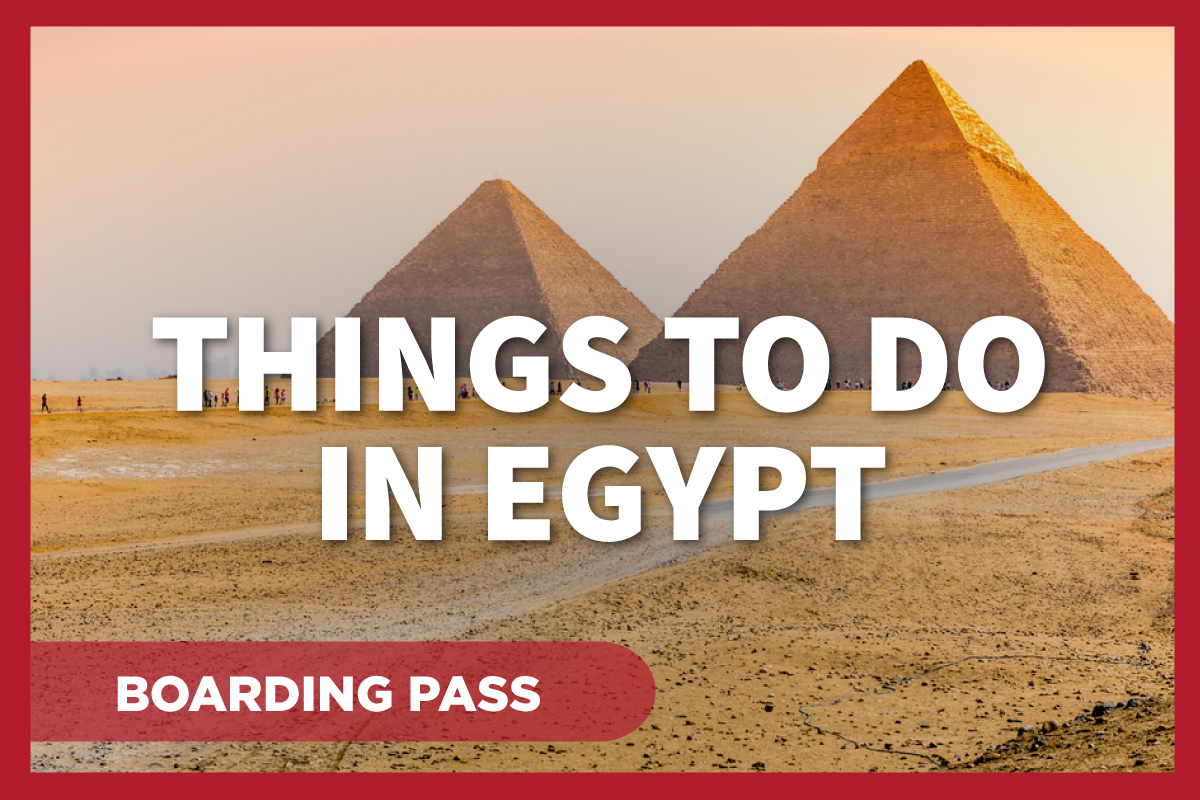 Egypt is a destination for those fascinated by history. Its past extends into a time pre-dating the Bible, and it is the site of the last of the remaining Seven Wonders of the Ancient World. You’re not going to have trouble fulfilling your fascination quota here, but it can be tricky to decide what exactly to see in this magnificent country in the time you have to work with.

Read on to discover where to go to find what you’re looking for in your Egyptian journey.

A Fail-safe Place to Stay 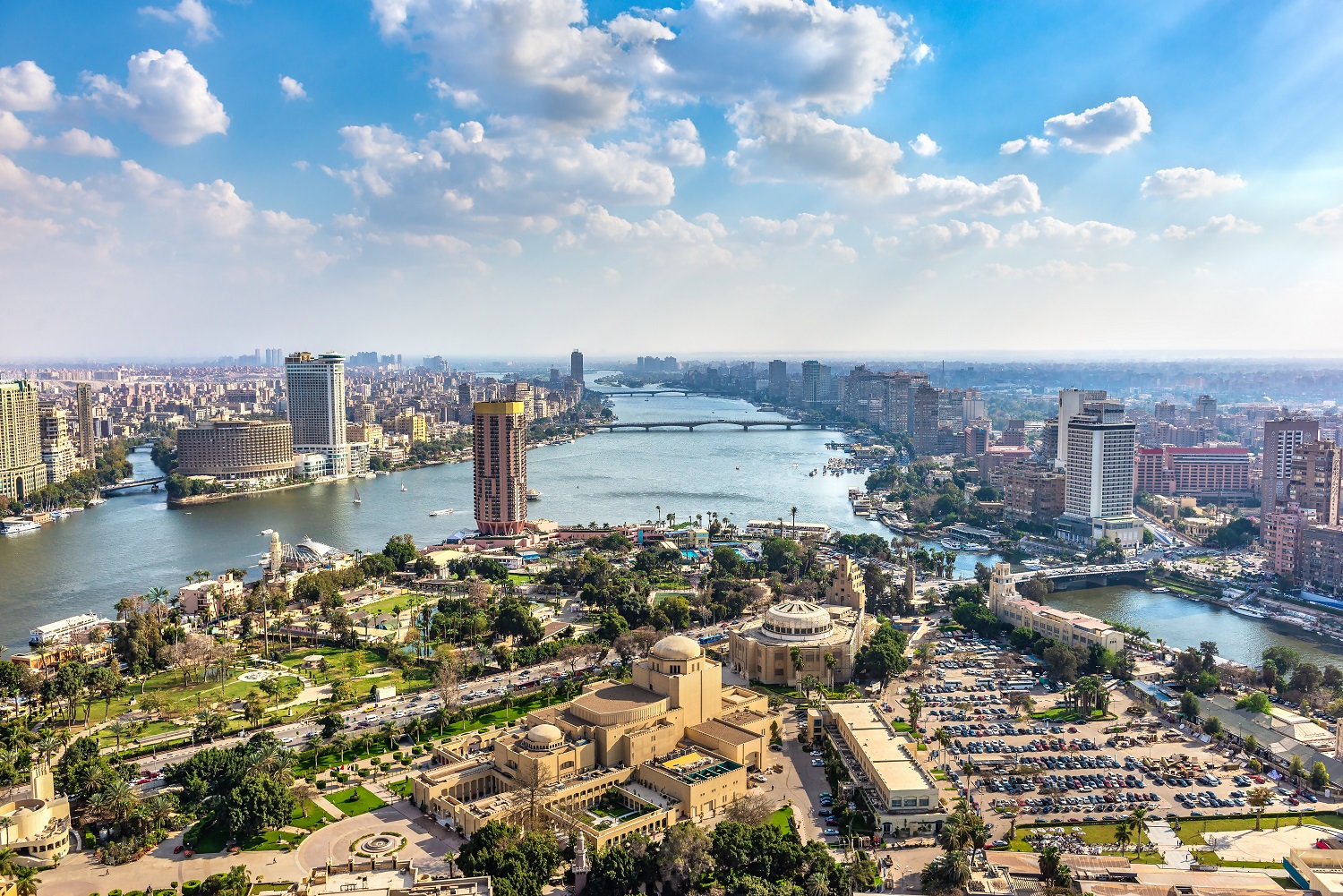 Cairo is a great place to stay and experience Egypt, especially if you only have a short time to work with.

Hugging the banks of the Nile River and located about 15 miles northeast of the Giza Pyramid complex (you’ll want to see this), Cairo is one of the world’s oldest ancient civilizations.

Staying in Cairo puts you in a position to see the most of what Egypt has to offer if you’re working with a short amount of time. If your vacation is longer, it’s prime to arrive and stay here for a few days before heading to another Egyptian destination.

Located west across the Nile about 15 miles from Cairo, this is where visitors come face-to-face with Egypt’s most famous pyramids.

Saqqara – A little over 20 miles north of the Giza Plateau, Saqqara is a massive ancient burial ground and hosts several more pyramids and tombs including the Step Pyramid of Djoser, the first limestone structure ever built dating as far back as 27th century B.C.

Valley of the Kings 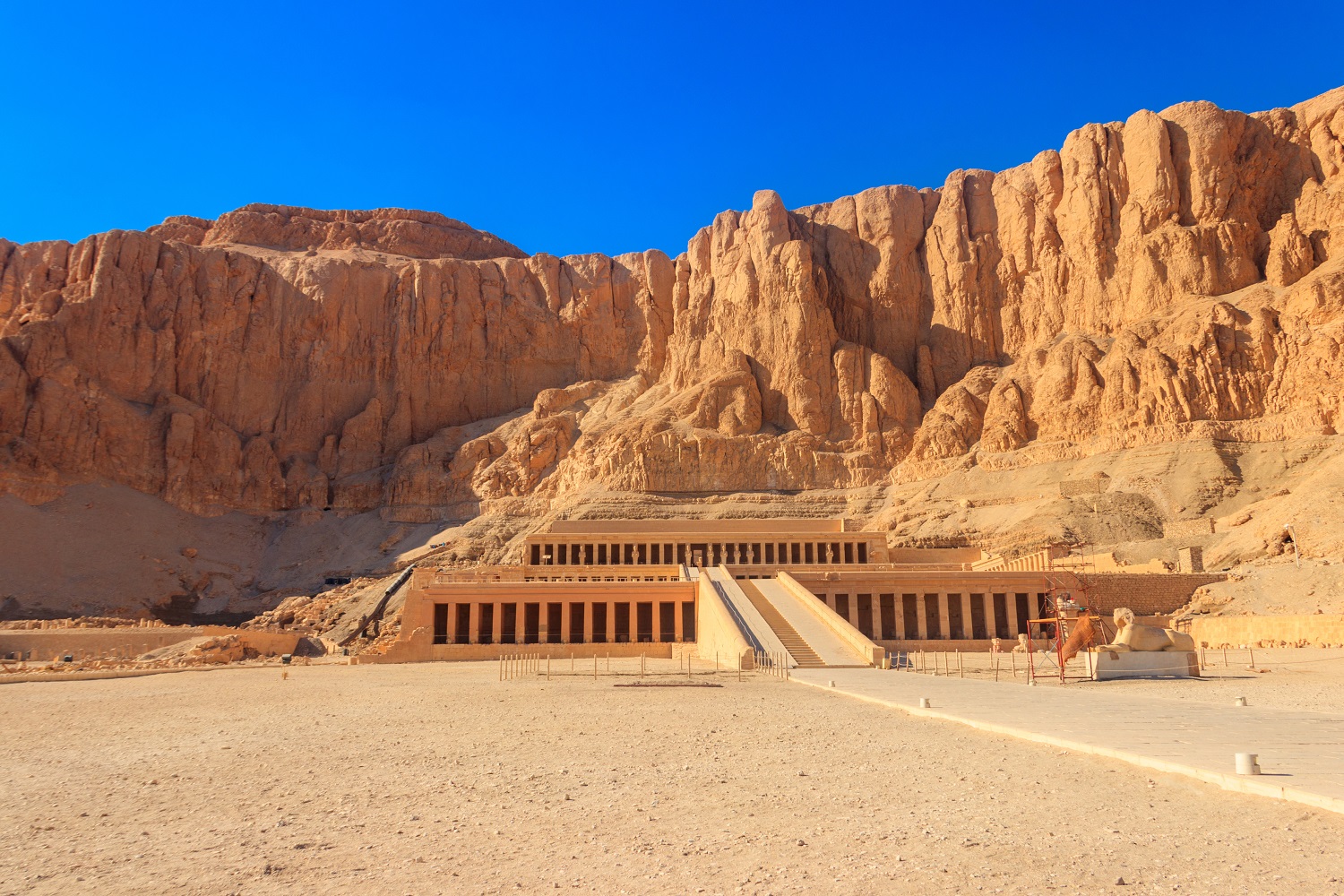 The Valley of the Kings allows visitors to explore some of Egypt’s ancient tombs during a guided tour.

Located in the city of Luxor, a beloved destination of travelers, the Valley of the Kings sits at the west bank of the Nile and is home to 64 discovered tombs. Guided tours allow visitors to enter these sites and witness the detailed hieroglyphics and careful construction that went into their creation. The preservation of the valley’s elaborate tombs guarded by the surrounding sand mountains give the feeling of being transported to a world separate from modern civilization.

The city has been working on this museum since 2012. It’s set to open this year on Tahrir Square in Cairo. The museum holds the largest collection of ancient Egyptian artifacts, many relocated from other museums throughout Egypt. A massive collection of 5,000 items belonging to King Tutankhamun serves as the main attraction and the museum’s newest exhibit in 2021.

Medieval marvels and architectural treasures fill this one-kilometer stretch of street beginning from the north city gate of Bab al-Futuh to the south gate of Bab Zuweila. A stroll through here guides you passed historical buildings and mosques dating back to the 11th century. You will also be able to do some shopping at the colorful booths that line its stone pathways. 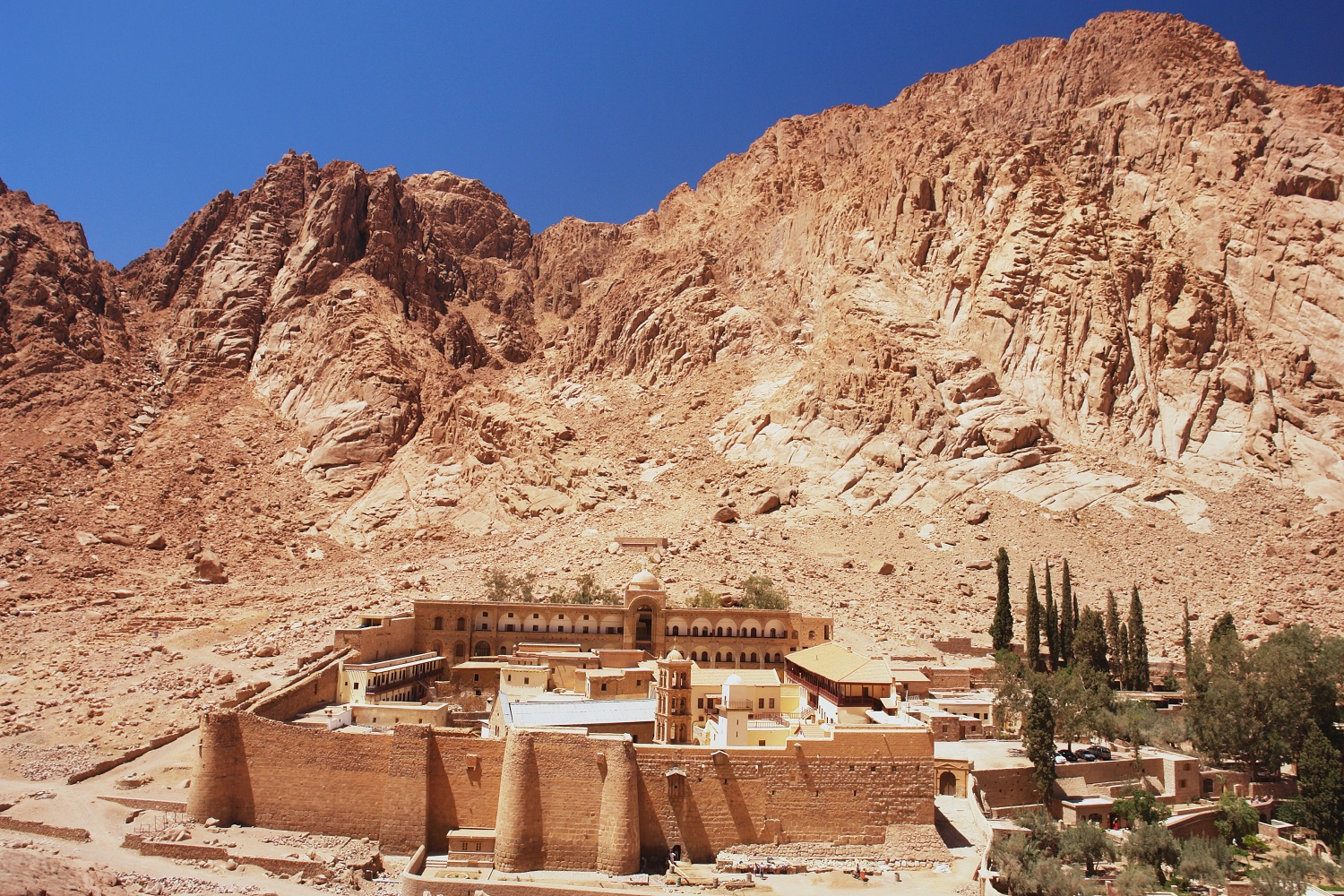 St. Catherine’s Monastery rests at the foot of Mount Sinai.

As its name implies, this famous mountain is known as the site where Moses received the Ten Commandments. The mountain is also a popular place to hike, and those who love outdoor adventure make a point to include hiking to the 7,497-foot summit in their itinerary. Group tours offer an experience to replicate that of Moses’s, starting the hike at in the early morning hours so that you summit at sunrise.

Diving in the Red Sea

It’s hard to imagine colorful coral reefs wild with marine life when thinking about the Egyptian desert, but don’t overlook this versatile country as one of the best places to go scuba diving and snorkeling. The hot summer whether makes water temperatures perfect for sea exploration and its waters are full of beautiful fish, dolphins, plants, and wrecks.

Thanks to its mellow waters and consistent winds, Egypt’s climate is ideal for kite and windsurfing. Favorite places for the sport include Dahab on the Gulf of Aqaba and the beach resort town of Hurghada, where classes are offered. 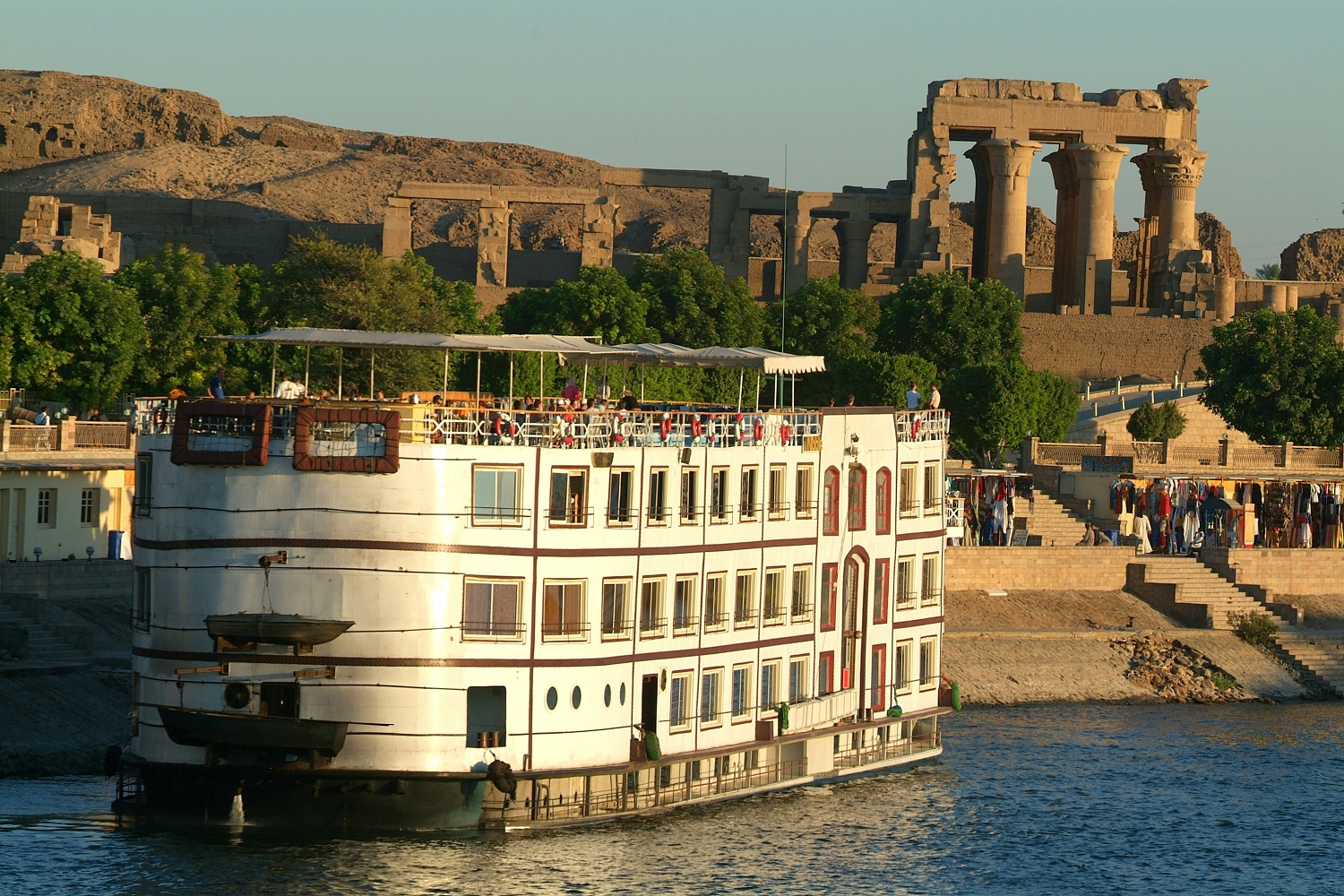 Booking a multi-day cruise on the Nile is a unique way to see many of Egypt’s attractions while also floating on the world’s longest river. Most cruises sail between Aswan and Luxor and include stops at Kom Ombo, Edfu, Valley of the Kings, and many temples in each of the cities.

Other methods of transport on the Nile include riding aboard an authentic dahabiya, a beautiful large wooden sailboat, or a smaller felucca sailboat.

For Shopping in Egypt 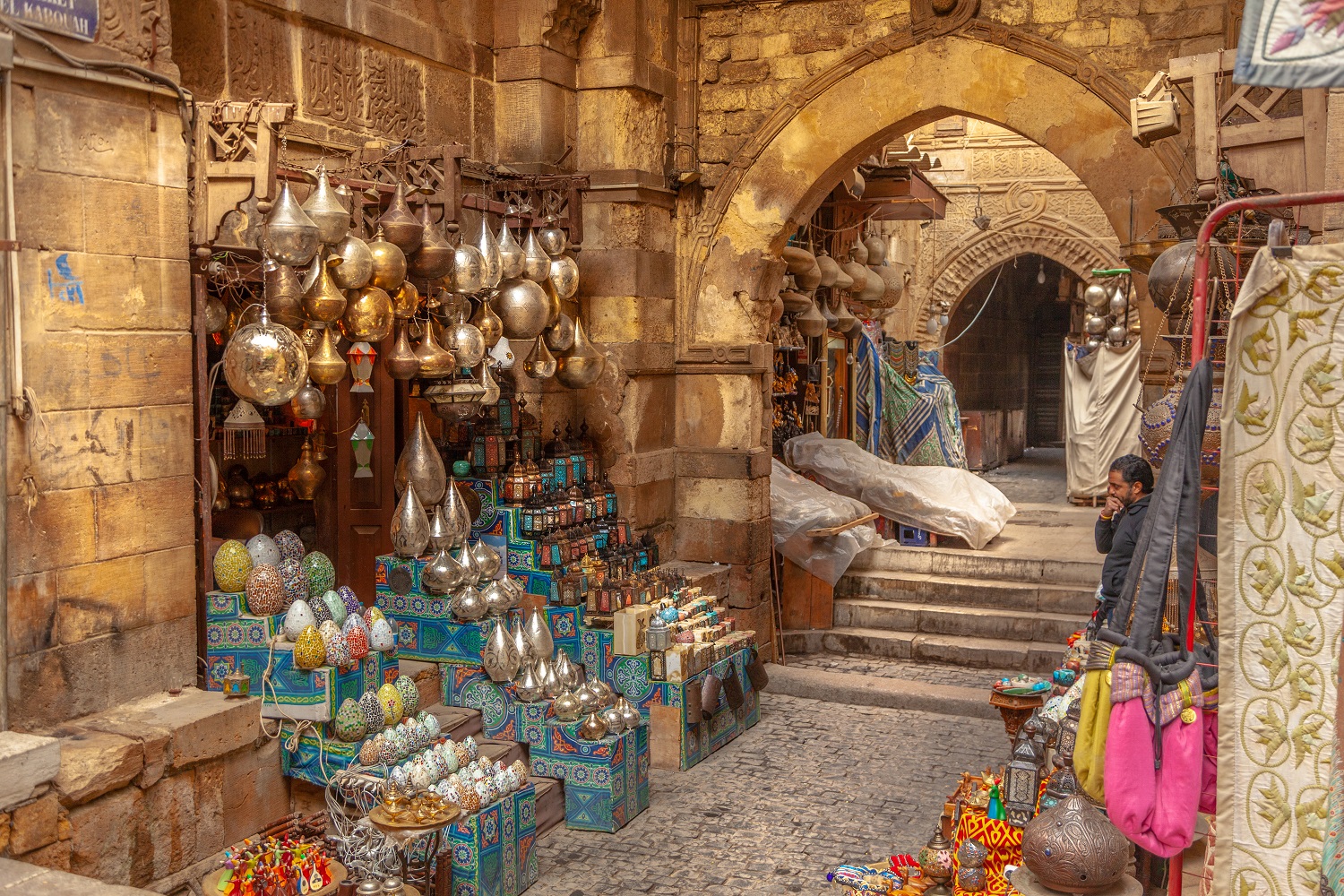 Known as Egypt’s can’t-miss bazaar and one of the largest markets in the Middle East. This Cairo attraction is where you’ll find the most authentic souvenirs and experience the true energy of an Arabic marketplace.

Situated on the Sinai Peninsula, this old market lends a break from the nearby resort city and presents an authentic shopping experience with some of the best prices in the area. Among the booths, you’ll find unique souvenirs, places to taste Egyptian cuisine like kebabs and kofta, fresh produce, and spices you can buy by the bag.

Egypt flourishes with countless attractions of ancient and modern alike. With so much to see, we understand how overwhelming crafting your perfect itinerary might be. That’s why we at Jaya Travel & Tours are here to do it for you!