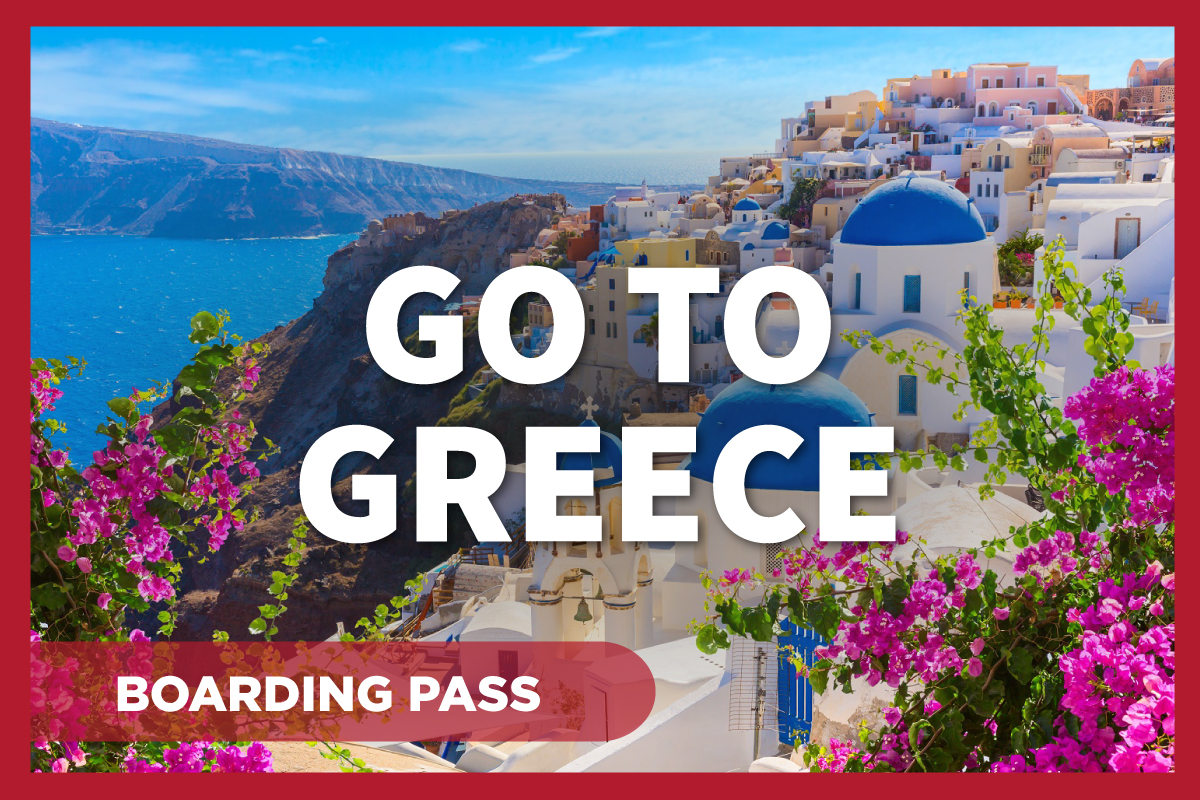 Few countries achieve the mix of seaside paradises and jaw-dropping ancient ruins that Greece manages. It’s testament to the progressive origins of Western civilization while harnessing a lifestyle that urges us to “take it slow, just relax.” As one of our Top Destinations for 2021, here are ideas on what to do in Greece. 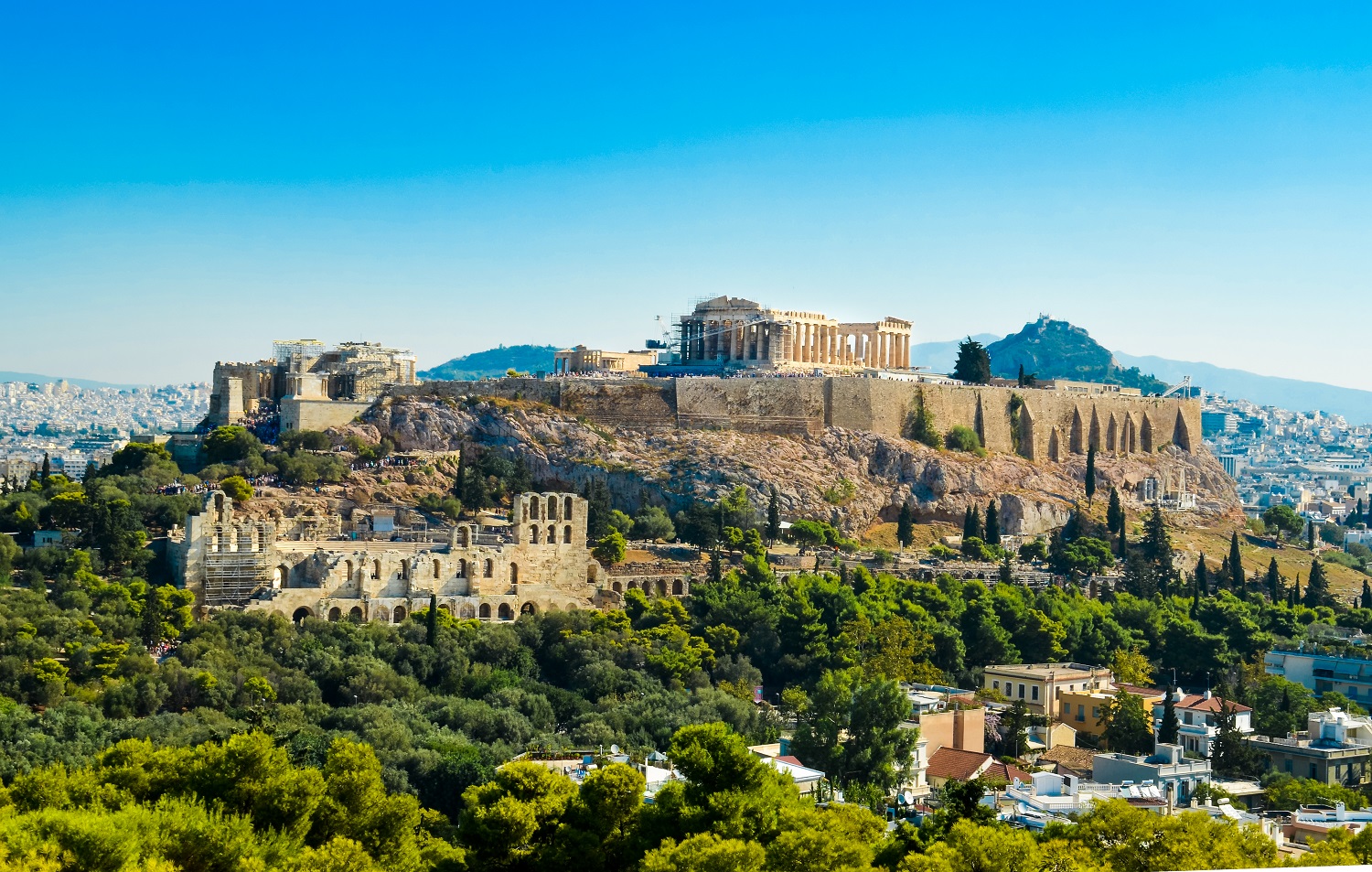 When it comes to the mainland, Athens is Greece’s largest and most popular city. Spending time here pulls you into the busier side of Greek culture with tons of entertainment, performing arts, shopping, and sports. The city, with its still standing ancient structures, captures an interactive timeline of Greece’s evolution.

Thessaloniki is Greece’s second largest city and home to its second largest airport. It’s a great mainland stay for experiencing vibrant Greek city life without the crowd of Athens, and with a coastal view of the Thermaic Gulf. Thessaloniki possesses a collection of several UNESCO Bysantine churches, archaeological sites, noted museums, and Roman Monuments like the Triumphal Arch of Galerius, the White Tower, and the Rotunda.

There are some 6,000 Greek islands. Even when we focus on the 227 that are inhabited, it’s still an overwhelming amount to take in. Any “best Greek island to go to” search is going to yield scads of lists backed by differing preferences.

The awesome thing is, whichever island you choose to add to your trip, you won’t be disappointed. Each holds its share of beauty, culture, history, beaches, and food unique to the area. You could play Greek island roulette and be satisfied with whichever fate chooses. Still, here are a quick few to get you started: 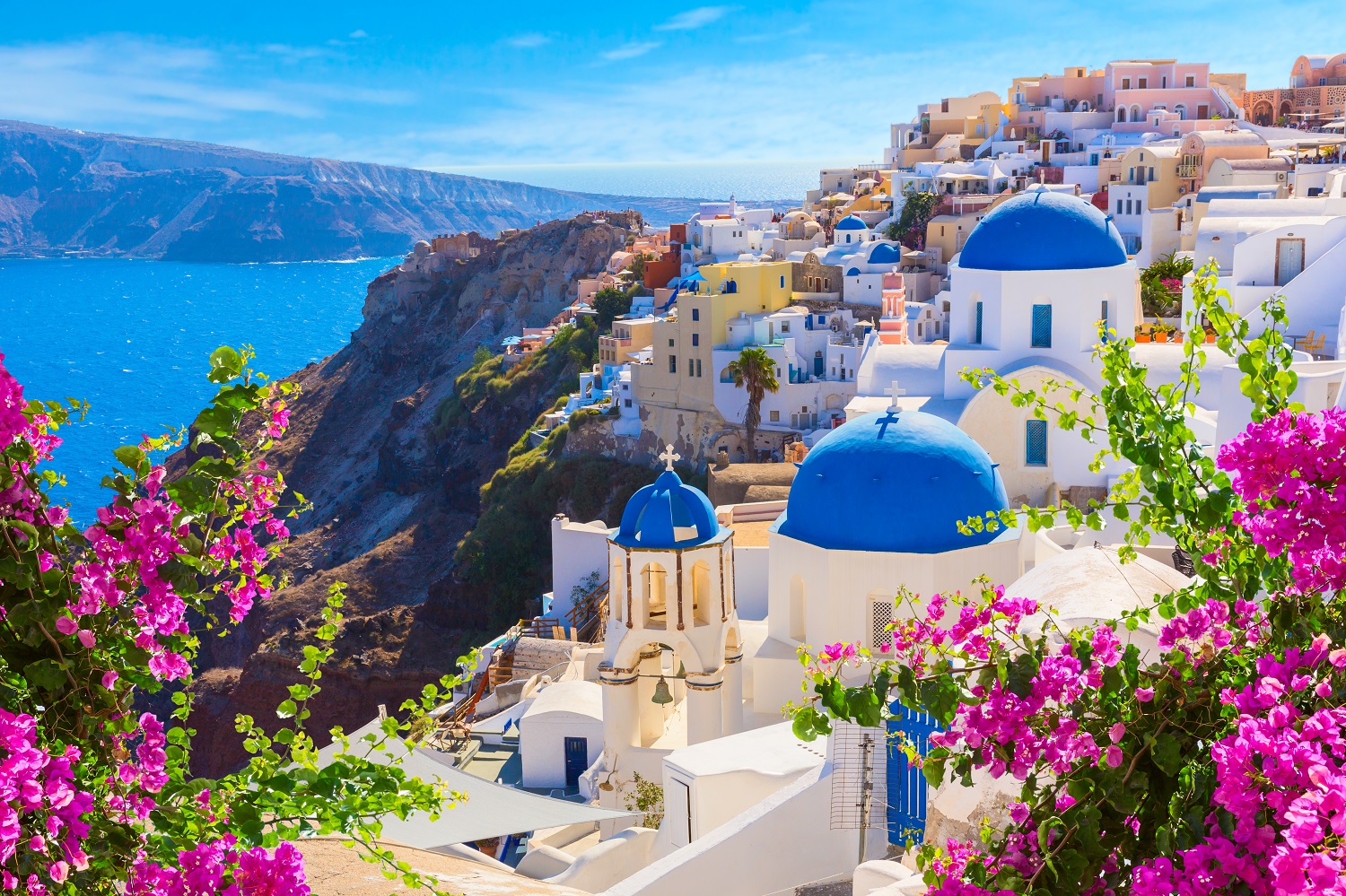 Santorini – Favorite spot for honeymoons, romantic getaways, and volcano tours. The Whitewashed village spreads on the slope of a rocky hill overlooking the sea. The churches of Agios Spiridonas and Snasteseos sprout among the enchanting buildings as the familiar Santorini blue domes. The southern tail of the island hosts Red Beach in its curve. The towering bright red cliffs contrasting the blue waters below make for a stunning hike and endless photo opportunities.

Mykonos, Ios, and Zakynthos – These islands are known for excellent beaches and nightlife. Ios is said to host some game-ridden bar crawls. As for sights, the historical Paraportiani Orthodox Church is found on Mykonos and attracts many in admiration. Zakynthos is home to Shipwreck Beach (a.k.a. Navagio Beach), an astonishing cove where the remains of a mysterious ship lie abandon on the coast. 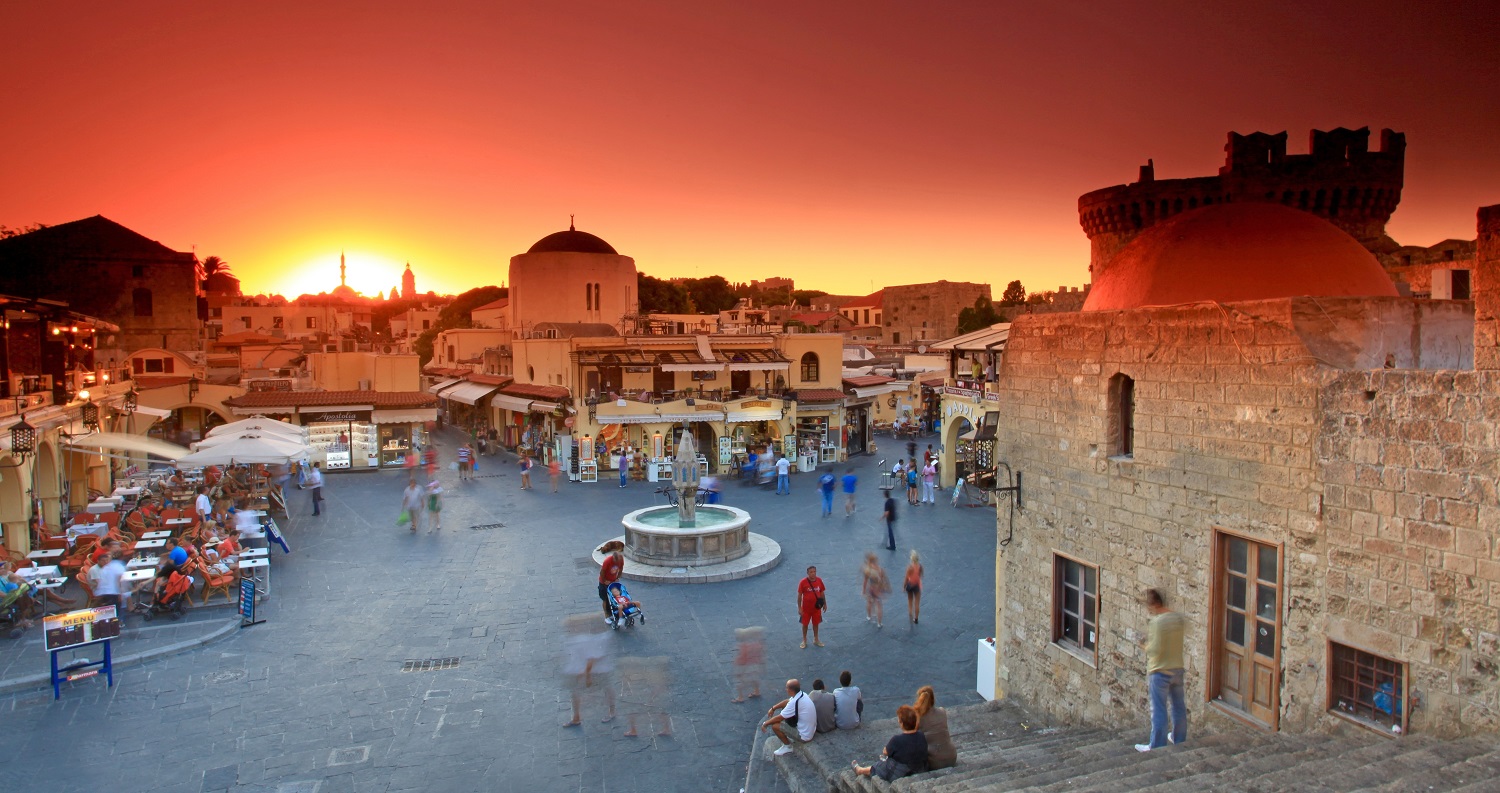 Rhodes Town – Located on the tip of the easternmost island reaching toward Turkey. It is visited for its blend of historic monuments, souvenir shops, and strolling among the quaint cobblestone streets of Old Town.

What to See in Greece

Combination/Multi-site/Special Package Ticket in Athens – This is literally your ticket to “see it all” in Athens. A combination ticket covers entry to all of Athens’ top historical attractions and can be purchased at either of the participating sites or on the Greek Ministry of Culture and Sports’ website. Travel blogger, Thomas Dowson, comprehensively covers all the details of regular and combine tickets in his blog post here. 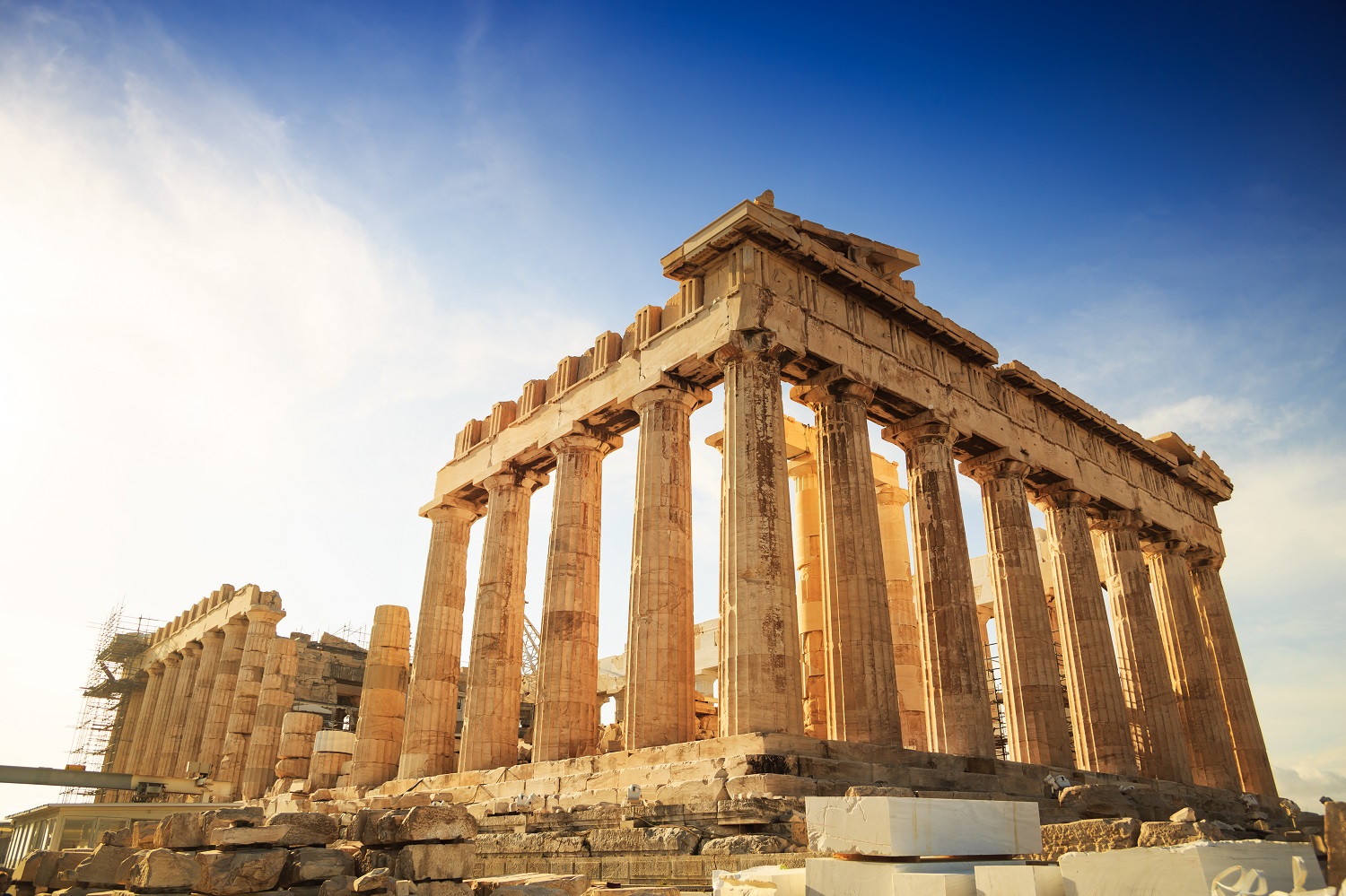 The Acropolis in Athens and Acropolis Museum – The regal ruins are easily Athens’ most popular site and are a must for anyone visiting. There are about 21 archaeological remains of temples, theatres, and other buildings dating back to the 5th century. The Archaeological Promenade, at the base of the Acropolis, offers a 2.5-kilometer path (1.5 miles) passing other ancient attractions of the area.

Temple of Hephaestus – Having been in use since the 7th century, this temple is famed as the most well-preserved temple in Athens. Located northwest of the Acropolis in the Agora of Athens.

Tower of the Winds – A few steps southeast of the Temple of Hephaestus, this magnificent marble clock tower functioned as a sundial, weathervane, and water clock around 50 B.C.

Panathenaic Stadium – A small jaunt east of the Acropolis and at the southeast corner of the National Garden of Athens, this is the only stadium in the world build entirely from marble. It has served as a venue to Olympic-level games, including the ancient Panathenaic Games and the actual 1896 and 2004 Olympics, since 330 B.C.

Other Historical and Archaeological Sites 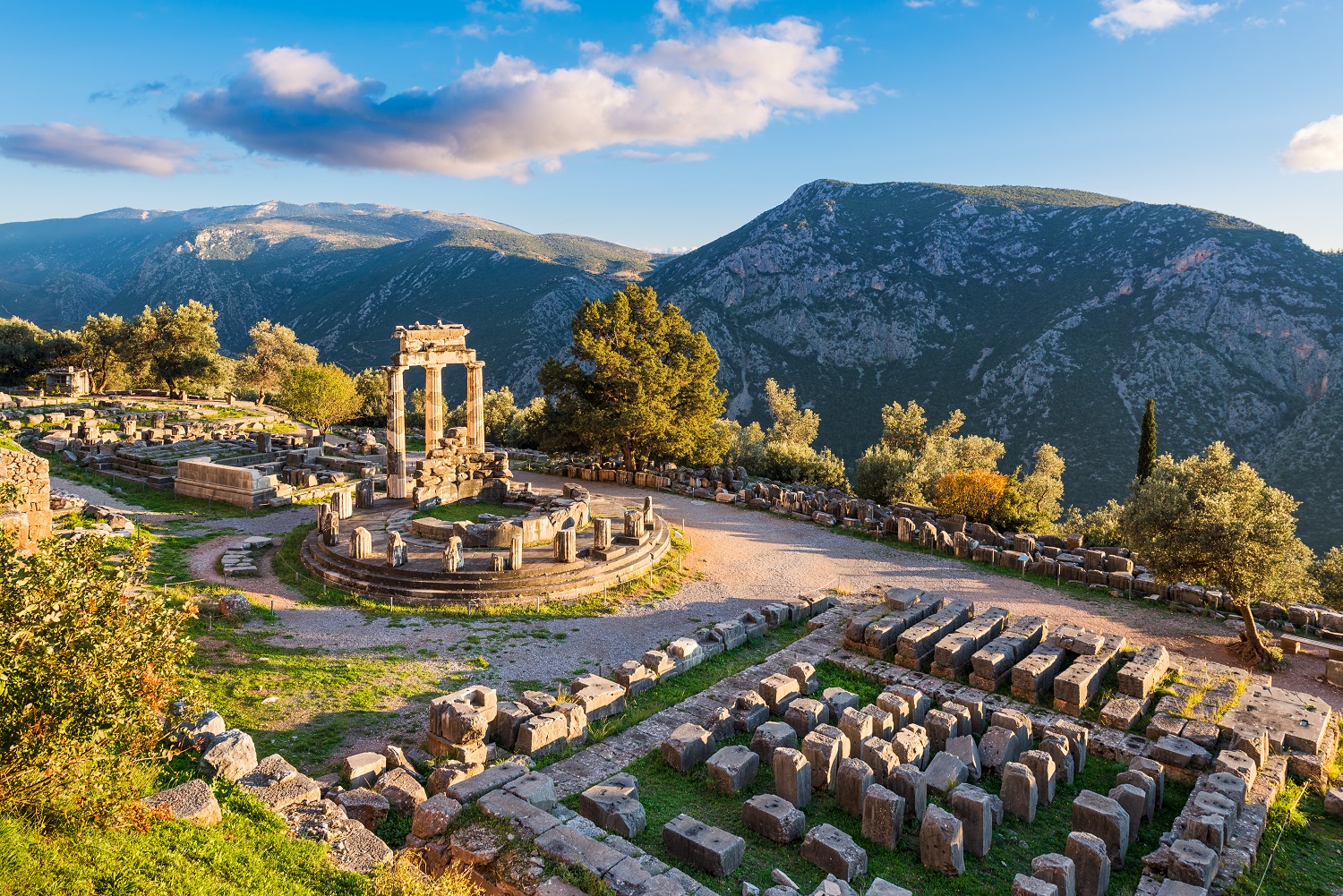 Delphi – Legend marks Delphi as the sacred home of the mystical oracle, Pythia, and the place people came to worship Apollo. This UNESCO World Heritage Site is a feat to behold with several remains of temples, a theatre, and stadium. Don’t forget to check out the Delphi Archaeological Museum nearby.

The ruined city of Akrotiri – Also called “Santorini’s Pompeii” because it is the archaeological site of an Ancient Minoan settlement that was destroyed by a volcanic eruption (presumably the Minoan Volcano). Visitors can explore the former city, preserved safely in a building to protect the mud houses from water.

While the above are notable sites, this scant list hardly covers the wealth of historic and archaeological attractions in Greece. Ask your Jaya Travel agent for recommendations based on your itinerary!

What to Do in Greece

The Blue Caves in Zàkynthos – Besides hosting the aquatic ruins of Shipwreck Beach, the island has an adventurous hot-spot nestled in its eastern claw. The Blue Caves are a major attraction for explorers, sailors, and scuba divers who want to witness the water/light collaboration that takes place inside. Visiting in the morning or at sunset are the best times to see the light reflecting phenomenon that gives the rocky interior an alien blue hue.

Above sea level, Greece’s mountainous terrain presents nearly constant hiking opportunities. The east side of Santorini boasts the historic Mesa Vouno Mountain. Once the location of the Ancient City of Thera, Mesa Vouno is full of easy hiking paths and switchbacks enveloped by stunning ocean views.

Crete’s Samaria National Park allows outdoor-lovers to venture onto rugged terrain encased by the awe-inspiring walls of the Samaria Gorge. Located in the White Mountains, the gorge measures 10 miles and ends in the town of Agia Roumeli where trail transforms to shore as it meets the Mediterranean. Hiking, rock climbing, and even kayaking are popular activities in Kalambaka, a town in central Greece where travelers discover the fantasy-level Meteora Monasteries – towering rock formations that have complexes of Eastern Orthodox Monasteries built into them. 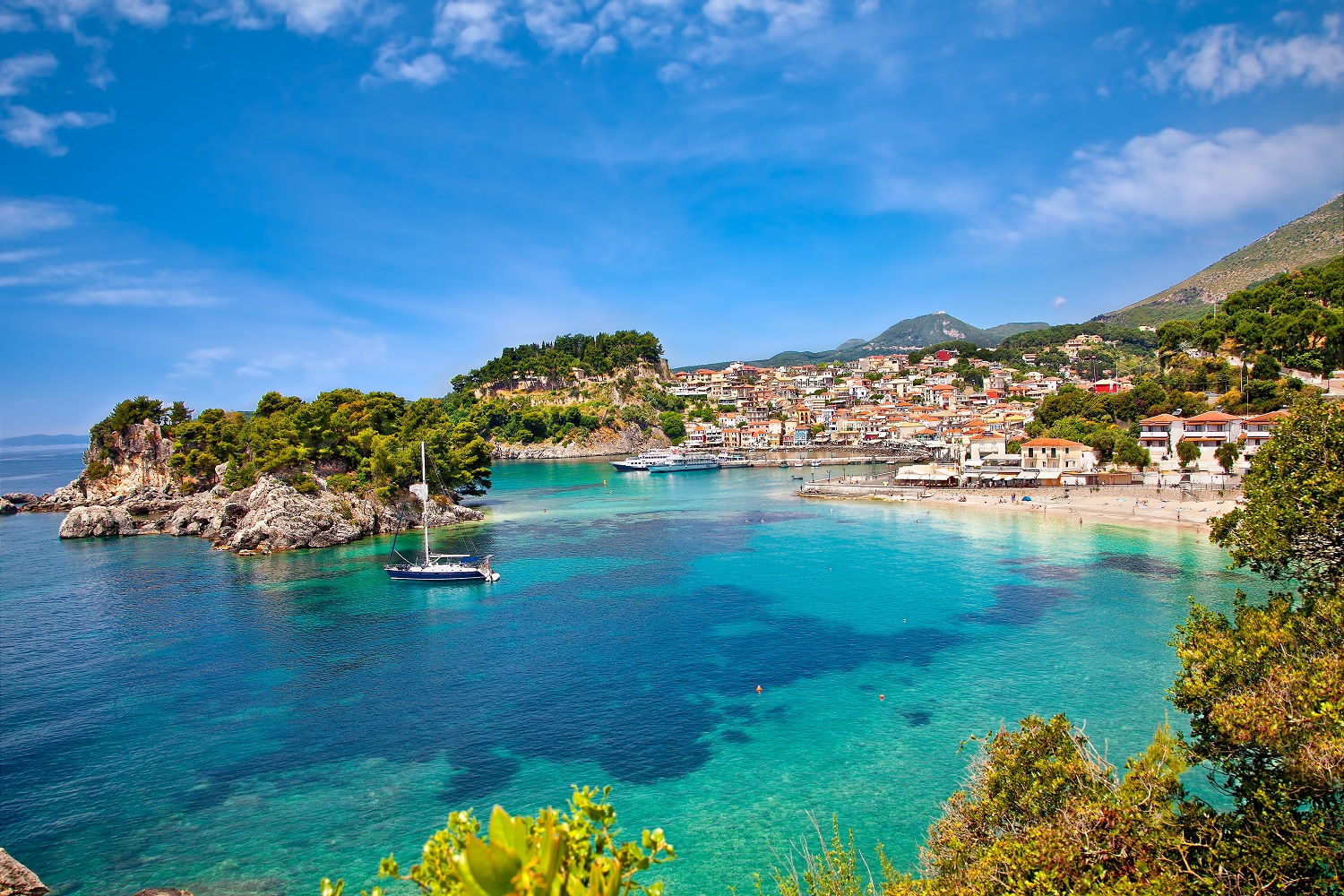 The beautiful Satorini Island was once the site of a powerful volcano, whose eruption between 1642 and 1540 B.C. wiped out the Minoan civilization. Nea Kameni is the present area with evidence of the former volcano, with active craters you can hike around. Because there are no ferries or water taxis to the island, booking a volcano tour is the only way to explore the area. Some tour packages include a visit to the Palea Kameni hot springs and sailing around the island.

As we mentioned, there are so many islands in Greece. Booking a day or multi-day sailing trip is an excellent way to see more than just a couple while feeling luxurious on the world’s most beautiful waters. Popular routes include Lefkas, Cyclades, Sporades, the Ionian Islands, and the Dodecanese island chain that includes Rhodes, Kos, and Patmos islands. There are several tour companies that offer trips crafted to showcase the best of these places. Look into it if you want to experience the diverse cultures and attractions that dwell on each island.

Sailing tours are available or you can rent a private yacht and design your own journey. If you’re doing the latter, it’s necessary to have someone who knows how to sail in your group. If that’s not the case, skippers and captains are available for hire through the rental places.

Choosing the best foods to eat in Greece is like choosing the best islands: You can’t go wrong! The meals are diverse and the portions are massive, so your appetite is in good hands wherever you’re at in the country.

Souvlaki is a popular fast food dish. The skewer of meat and veggies accompanied by pita bread or fried potatoes pairs well with a day of exploring. Gyros, of course, are another common go-to and are available everywhere. Any restaurant labeled “Gyradiko” sells them, and even this dish’s style varies among Greek cities. Fava, a split pea purée, is a favorite in Santorini and the villages in Crete each have a preferred cheese.

Greece’s coastline positioning gives its seafood and vegetables and undeniable quality. Even their Greek salads, topped with giant blocks of fresh feta, are superior to our versions. On the sweeter side, the Amygdalota is a largely popular cookie and best enjoyed with a cup of  Greek coffee. 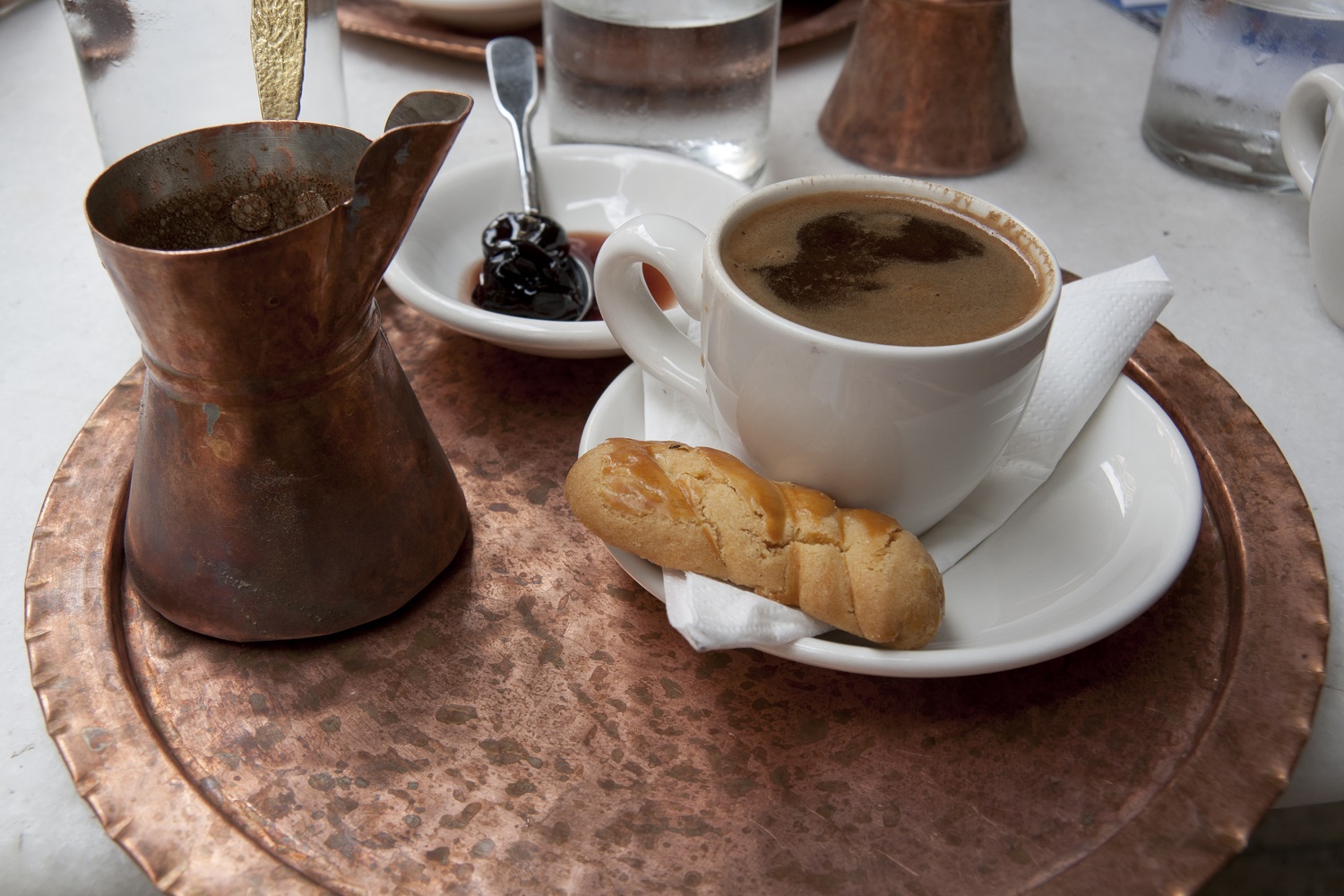 Greece doesn’t fall short of options when it comes to deciding what to do and see. Nail down which places and activities fit into your dream vacation by working with Jaya Travel & Tours. Our agents use pair country expertise with your travel style to develop itineraries catered to you. Plus, we help secure the lowest fares on air and hotels, and assist you with getting travel insurance.

**Our COVID-19 page is organized with the most up-to-date resources when it comes to traveling in 2021. Discover which countries are open, the current rules and regulations of your destination, travel advice by the World Health Organization, and more. We are just as excited as you are to get back out into the world. Let’s do it right!