Have a Glass of Hauts Plateaux 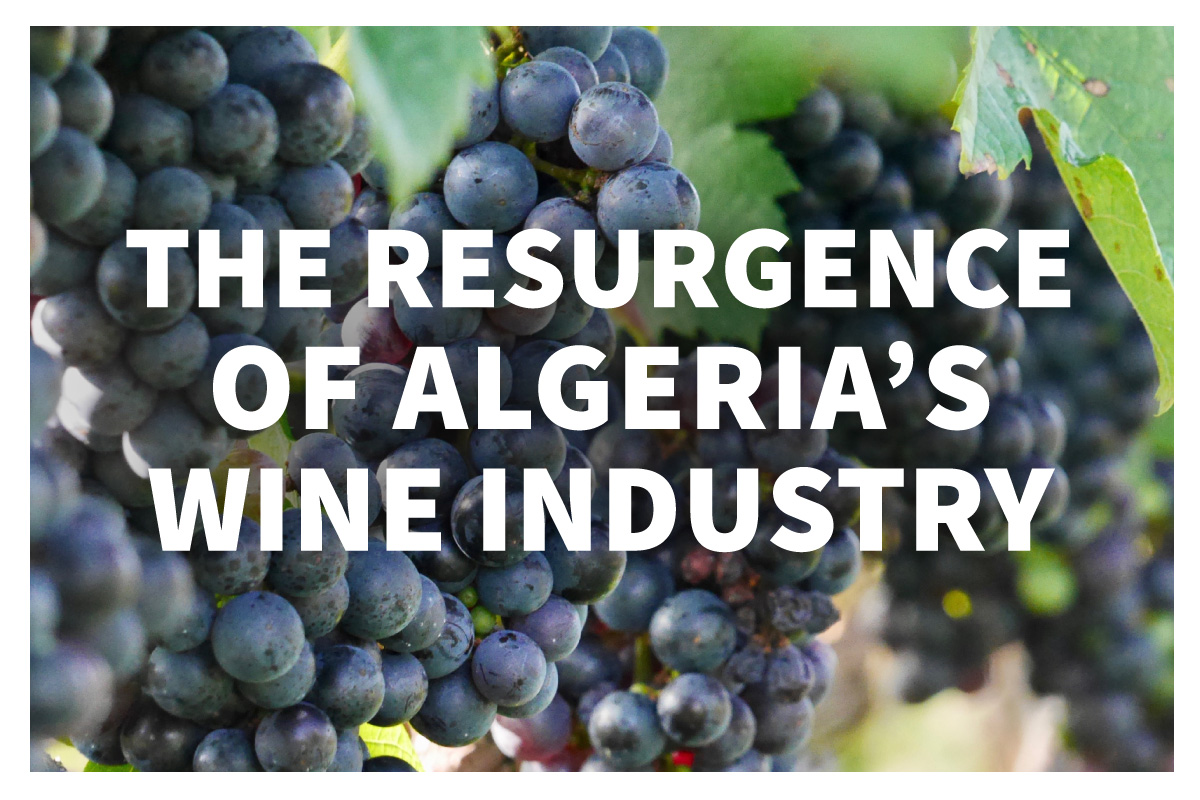 Happy Wine Wednesday! This series highlights fascinating wine regions across the globe. If you’re a wine fanatic, keep reading to discover what could be your next dream vacation! Today the focus will be on the Hauts Plateaux Region in Algeria. The mention of northern Africa may bring to mind dry deserts and barren plains, but the climate along Algeria’s coastal plains is actually Mediterranean. Similar to southern Spain, the area experiences mild winters and hot summers – perfect for vineyards. Despite a sometimes volatile history, this fertile climate has helped make Algeria the second-largest wine producer in Africa. 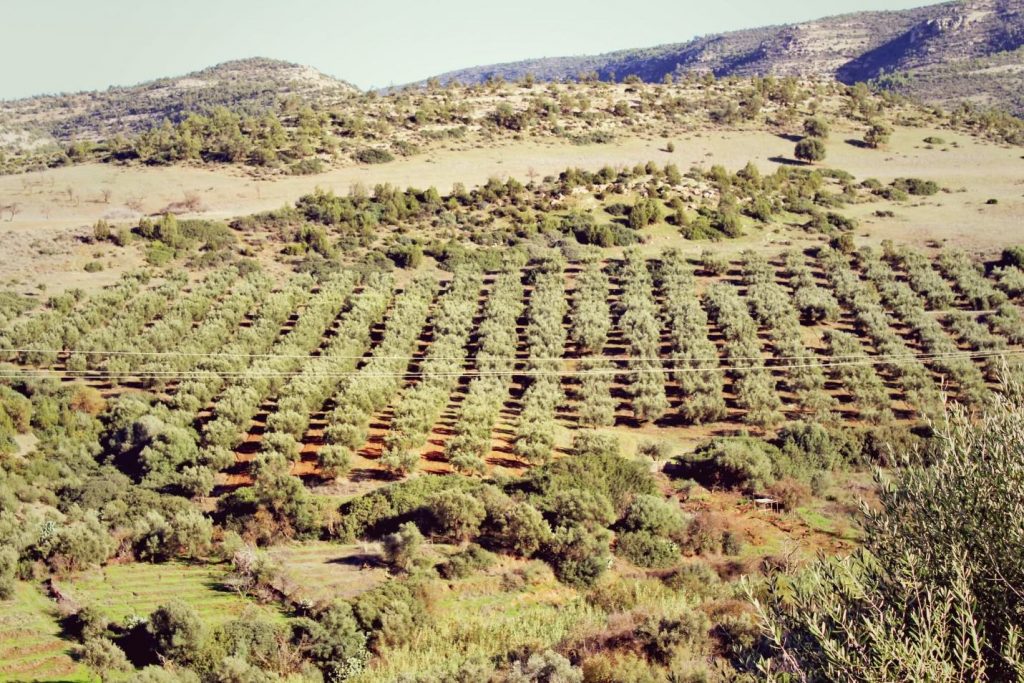 Despite the proximity to the Sahara Desert, Algeria’s wineries flourish along the Mediterranean coast. Photo: iStock.

Wine production in Algeria dates all the way back to its settlement by the Phoenicians around 900 BC. Drawn to the fertile coast, subsequent conquering powers like the Roman Empire continued to cultivate the land and increase wine production, as well as other crops, throughout the following centuries. This trend lasted until the Muslim conquests in the 8th and 7th centuries. Fortunately, winemaking dwindled dramatically due to Islamic dietary laws prohibiting alcohol.

Wine production resurfaced during the French colonization of Algeria in the 1830s. Around the mid-nineteenth century, a phylloxera (a pest of the grapevine) epidemic devastated vineyards in France. The French found a solution to this void in local production in the phylloxera-free soil of Algeria. The Pieds-Noirs (a name commonly used to describe the French people who settled in Algeria from 1830-1962), many of whom had lost vineyards in France, set about increasing vineyard acreage and production. The Germans were also a major influence during this time, and were primarily responsible for modernizing and improving the quality of Algerian wine. At its prime during the early 20th century, many areas in Hauts Plateaux were granted the coveted vin délimité de qualité supérieure status, the second highest category for French wines.

This lasted until Algerian Independence in 1962, when the French officially left Algeria. The hit on vineyards was two-fold. On one hand, France halved its acceptance of wine exports, creating a surplus in Algeria’s market. On the other, as a newly independent and primarily Islamic country, many of Algeria’s leaders felt that economic dependence on alcohol exports was no longer appropriate and encouraged vineyard owners to convert to other types of agricultural crops.

Algeria’s wine production is not what it was during the early 1900s. However, the turn of the 21st century brought renewed interest in the wine industry and once again inspired efforts to rejuvenate the vast acres of vineyards. Today, Algeria has more than seventy wineries that are slowly beginning to reach the international market. Its main competitors are South Africa and Germany, both of whom are more prominent in the wine industry. Interestingly, Algeria actually has the same amount of land dedicated to wine production as both countries. Is it possible that it will once again become a major player in the wine industry? It’s too early to tell, but exciting things are happening and it truly is a wine region unlike any other! 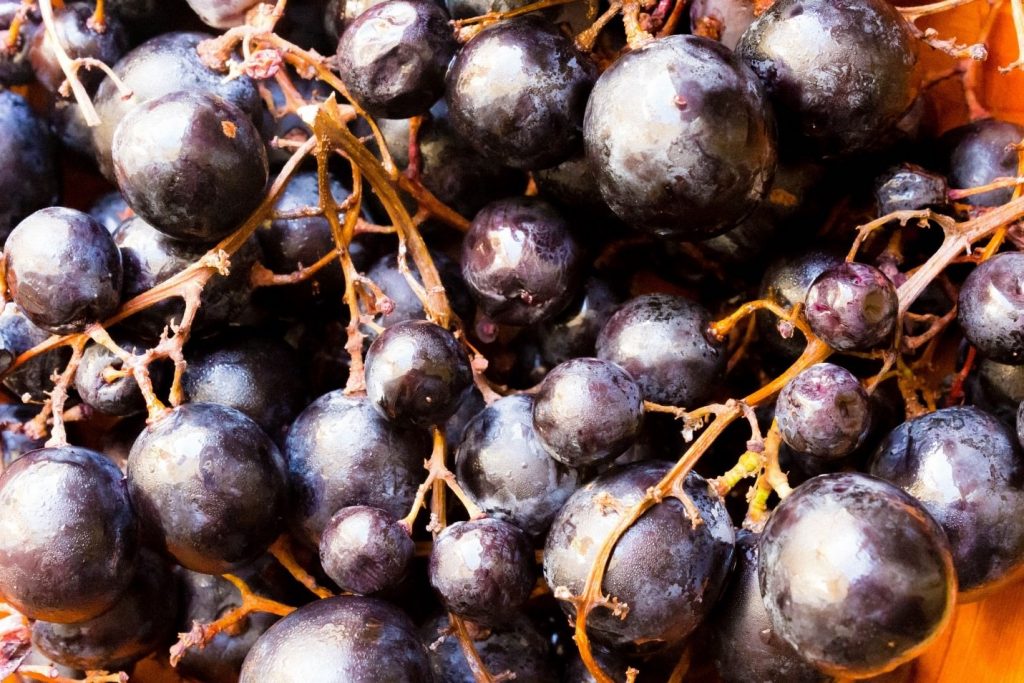 Algerian wine is known for its overripe fruit and rich color as demonstrated by these luscious grapes. Photo: iStock.

See It for Yourself!

Wine connoisseurs will appreciate the unique flavors of Algeria’s wines. These characteristics include overripe fruit, high alcohol content, low acidity, and rich color. The vines are grown very low to the ground to protect the crop from the harsh Sirocco winds and optimize water absorption. If you’re a health-conscious wine enthusiast, many wineries in the area have recently announced that they are working toward producing organic wine options.

Hauts Plateaux primarily produces red wines, usually made from Carignan, Cinsault, Grenache, Alicante-Bouschet, Aramon, or Mourvèdre grapes. The lesser made white wines are generally made from Clairette, Muscat, or Merseguera. Rosé wines are newer to the area, but are being produced in ever increasing diversity, quantity, and quality. As for where to go in the region, the major wine production areas are Aïn Témouchent, Mascara, Mostaganem, Sidi Bel Abbès, and Tlemcen, each with something unique to offer visitors.

Algeria’s wine may not have the same international fame as many of its fellow wine-producing neighbors. However, its fascinating history, vibrant culture, and natural wonders make it worth the journey. Contact Jaya today to plan your next wine-tasting adventure!