What Happens When Flights Are Overbooked? 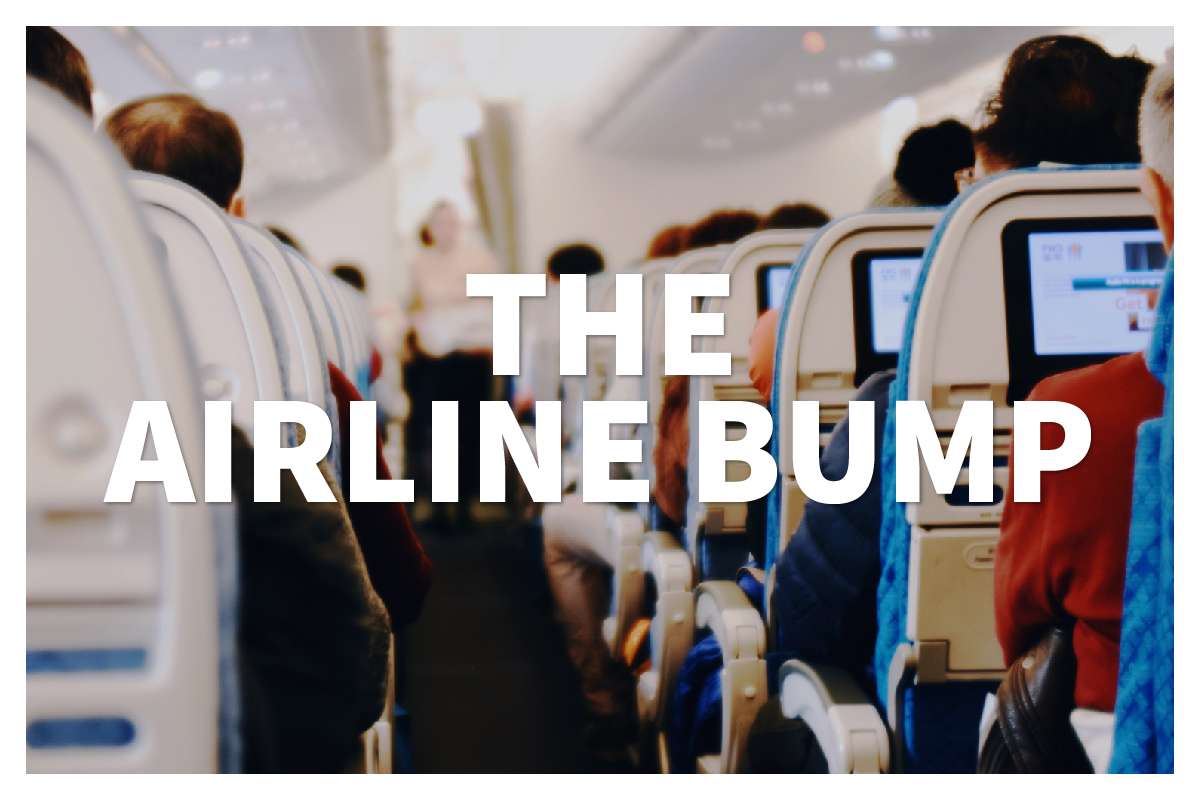 Another day, another airline fiasco, another apology. What’s going on?

Maybe it’s frustration on every level from the customers to the employees to the security. Who knows? The most publicized event was the result of overbooking and the need to transport employees to a different airport.

Overbooking flights is not new. Bumping passengers both voluntarily and involuntarily, is not new either.

Why Overbook a Flight?

According to TechCruch, the average number of ticketed passengers not showing up for a flight averages around 5%. This could be due to everything from missed connections to simply not making it to the gate on time.

If a plane has a 200 passenger capacity, for instance, that’s 10 seats left unfilled – on average. Flights get overbooked because the airlines can make more money and not usually burden the passengers. Once a plane takes off, so is the opportunity to make money from it. If airfare is $300, for example, those extra ten seats an airline sells is worth $3,000!

To put it another way, that’s less than the capacity of Yankee Stadium – every year.

Involuntary removal, although rare, is within the legal right of the airlines and is written in the Contract of Carriage rules, a.k.a. the fine print, listed on most of the airlines’ website. How long is the fine print you didn’t ask but now may be curious? And since the average person reads at 200 words per minute, it would only take about 3 hours to read the entire Contract of Carriage of most airlines.

The U.S. Department of Transportation has rules regarding overbooking and being involuntary bumped from the flight. Check out their rules and regulations here: https://www.transportation.gov/airconsumer/fly-rights

Airlines have the right to select who gets bumped from a flight. Some of the criteria may include:
• Payment of the lowest fare (by fare class)
• Order in which they checked in
• No advanced seat assignment
• Frequent traveler status

So, if you never fly, you paid the cheapest fare, and you checked in at the last minute with no seat assignment, well, maybe you should have a plan B at the ready if you get picked to be involuntarily bumped.

Who will not get bumped?

Generally, the following passengers would not be involuntarily removed from a flight:
• Qualified disabled persons
• Unaccompanied minors under 18 and minors 5-15

Those flying business class or first class are also less likely to be involuntarily bumped from the flight.

Other tips and information about getting bumped both voluntarily and involuntarily can be found on ASTA’s Travel Sense site.

What Does the Airline Owe You?

If you get involuntarily bumped, it is best to accept that the day was not your lucky day. The airline will legally have to compensate you for the inconvenience. Policies are changing quickly so the amount you are paid may vary based on circumstances. Some major airlines are even going as high as $10,000 for being bumped in an attempt to avoid another publicity nightmare. Considering the social media backlash of recent events, which often causes stock prices to dip and billions lost, the new policies may be worth every penny.

Should you find yourself being bumped, you can always contact Jaya Travel for assistance on making the inconvenience a little easier to manage.