8 Must-See Festivals to Enhance Your Travels 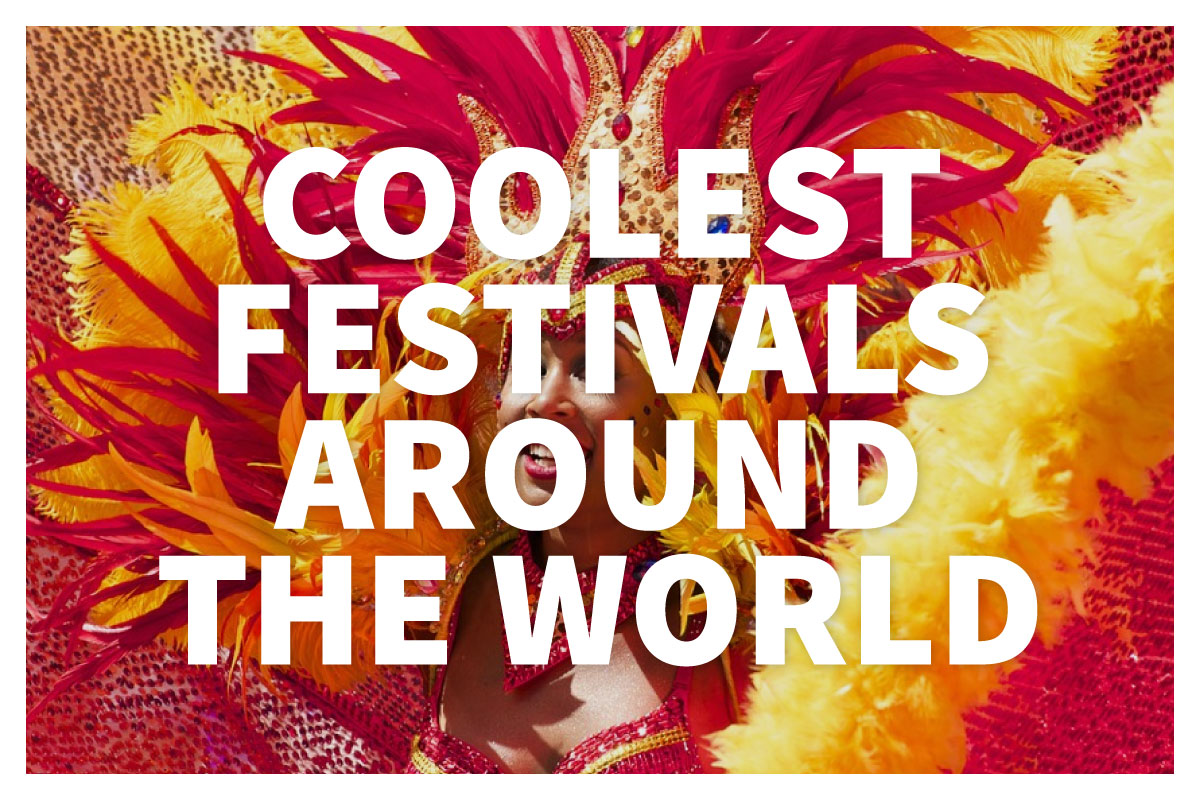 If you’re one of the growing number of travelers who disdain cheap plastic souvenirs and mass-printed t-shirts with kitschy slogans, we’ve got a refreshing alternative for you. If a unique, authentic experience is your cup of tea, you must see these cultural festivals in your lifetime.

You’re probably familiar with this holiday, even if you don’t know it. The characteristic sugar skulls have become more and more popular around Halloween. You’ve probably seen these decorations without realizing what they were for. 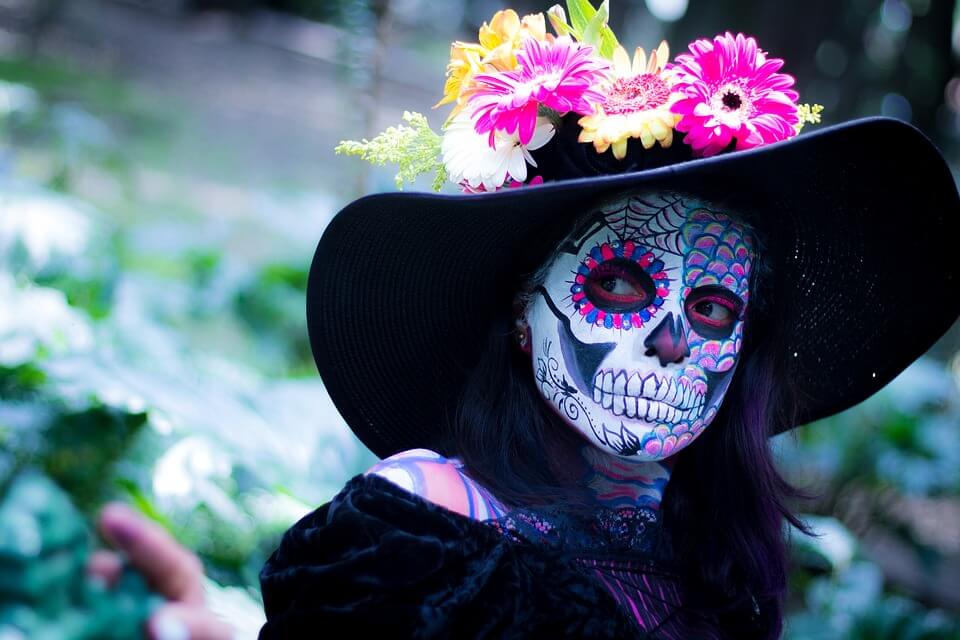 Skulls are the motif of Dia de Los Muertos.

Colorful decorations aside, this festival is a time to remember deceased family and friends. Though the festival has ancient roots in the Aztec culture of Mexico, the modern version of the festival is associated with All Souls’ Day in the Catholic Church and also Halloween. Marigolds are used to honor the dead through their decorations. Painting sugar skulls (mentioned above) is another tradition.

Diwali is a Hindu festival of light which celebrates the victory of light over darkness; good over evil. Typically, celebrations last for five days. Rituals performed for the festival include cleaning one’s place of living, dressing up, and lighting lamps and candles in and outside the home. 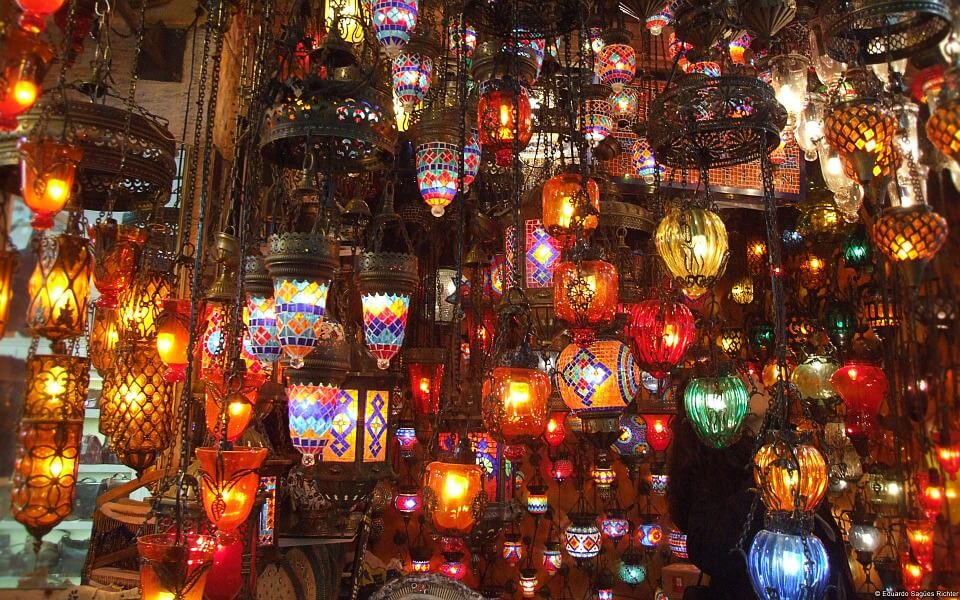 This festival is unique to the Philippines. Like Dia de Los Muertos, this festival had ancient origins that turned into religious ones. In modern times, Ati-Atihan celebrates Santo Niño, the infant Jesus. The original festival was celebration in thanks for one tribe saving the other from starvation. Held in January on the third Sunday in Kalibo, visitors are treated to tribal dancing, music, and indigenous costumes, weapons, and a parade. 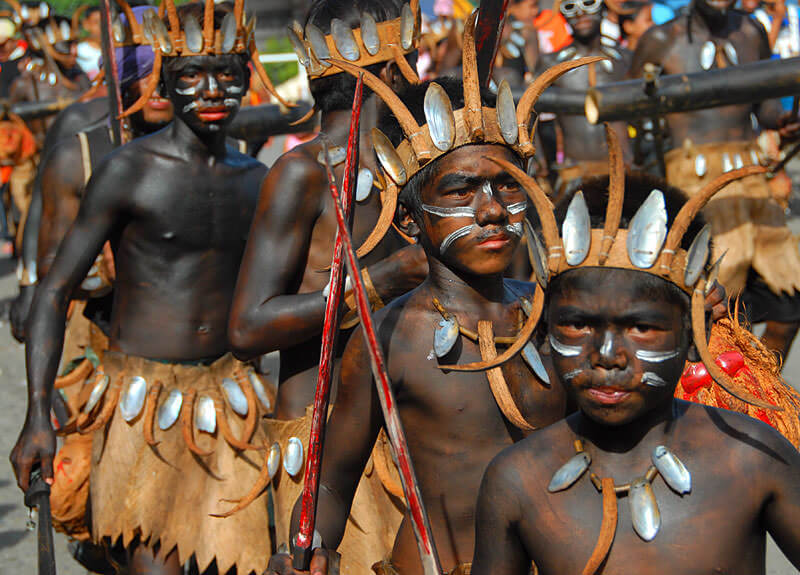 A second Filipino festival you absolutely must see is the Aliwan Festival. “Aliwan” is a Tagalog word for “entertainment.” Held in Parsay City, this festival comprises competitions in dance, parades, and a beauty pageant. Compared to other festivals in the country, this one is fairly new – begun only in 2003. However, it’s an absolute must for anyone wishing to immerse themselves in Filipino culture. In fact, that’s the entire point of the festival: to highlight the many cultures of the Philippines for citizens and visitors alike. 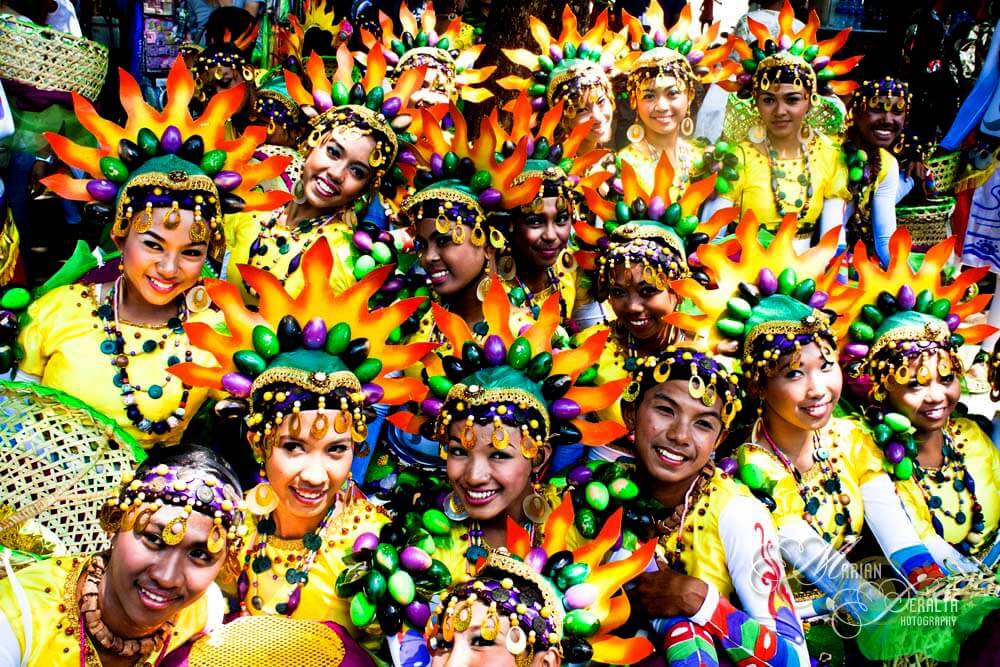 You’ve probably heard of this celebration. It’s one of the most recognizable festivals in Latin America. And while it’s celebrated in different countries across the globe, Brazil’s Carnival is by far the most recognizable. The parade is famous for its larger than life floats and costumed dancers. 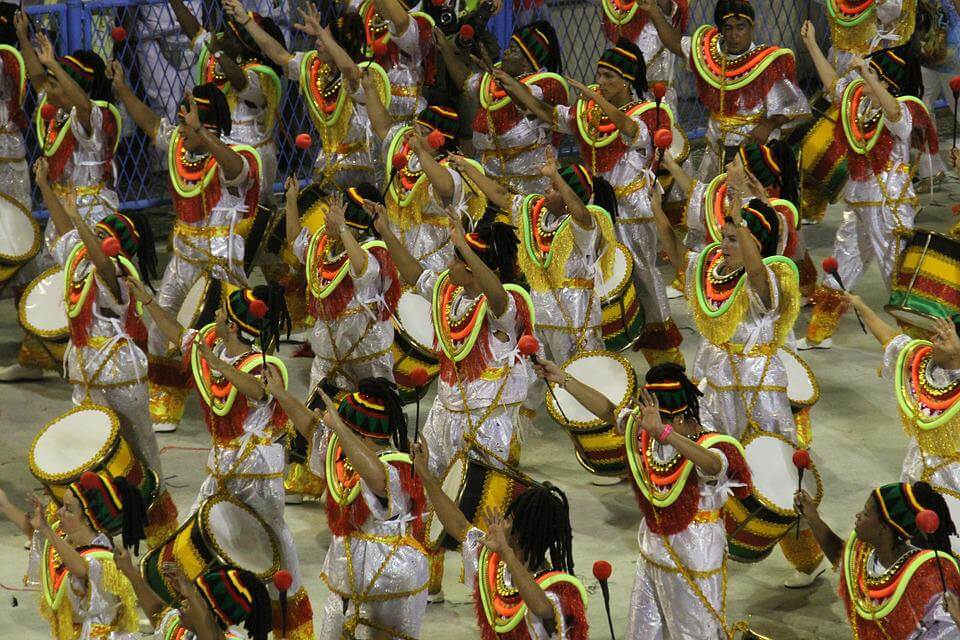 Carnival participants in Rio wear elaborate costumes for the celebration.

Outside of Africa, this festival is not as well-known, though it’s growing in popularity. Panafest celebrates and promotes unity and Pan-Africanism among Africans and people of African descent. It’s held every two years in Ghana, and visitors will be delighted by drama, poetry, music, and theatrical performances. 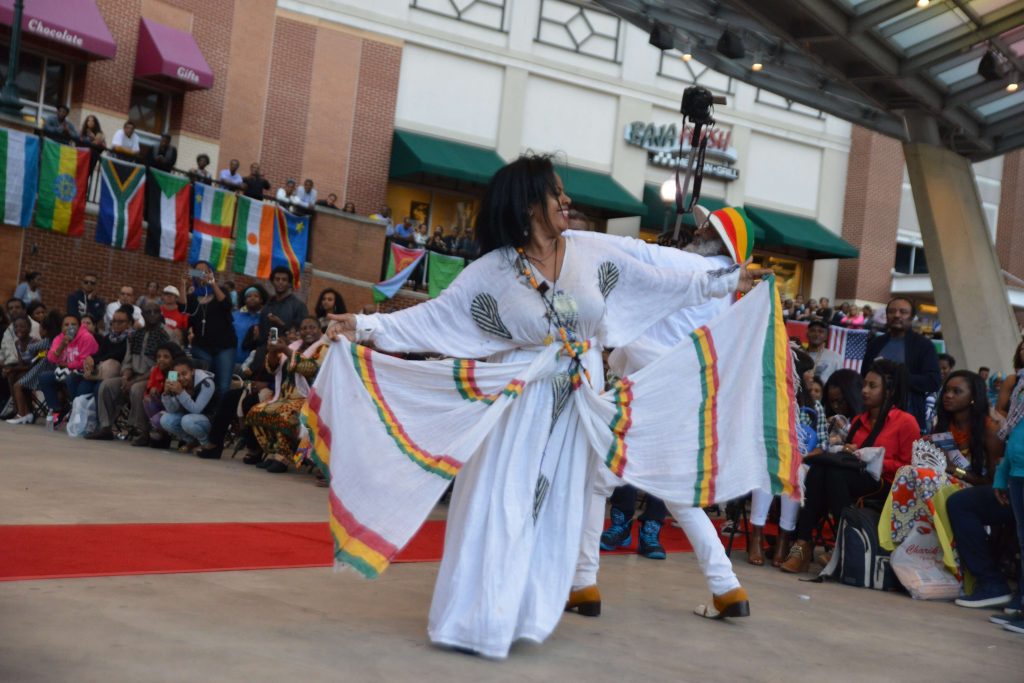 Among the Yoruba people of Nigeria, Sango is the greatest hero in history. This festival celebrates the might of Sango, a fire and thunder deity. The celebration dates back over 1,000 years and is usually held in August.

Just as Dia de Los Muertos has grown in popularity outside of Mexico, so too has Holi grown outside of India. Holi is all about color – who doesn’t love color? Celebrants toss colored powder on friend and stranger alike. Rooted in the Hindu religion, this festival celebrates the beginning of spring and the triumph of good over evil. 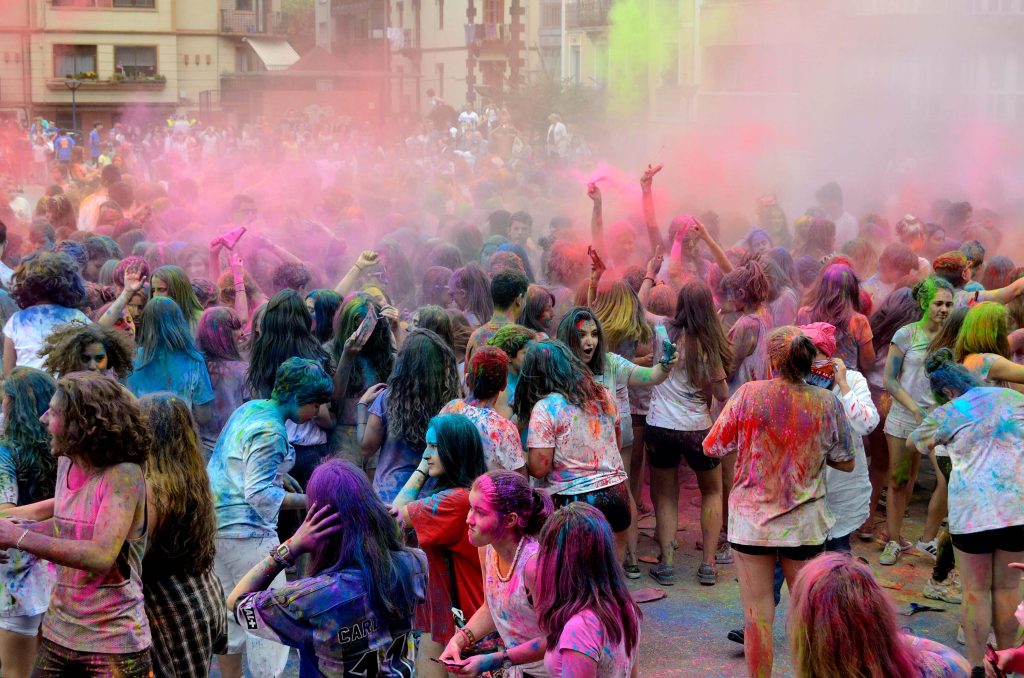 Celebrants of Holi fling colors on each other. Photo: Herri Bizia Flickr